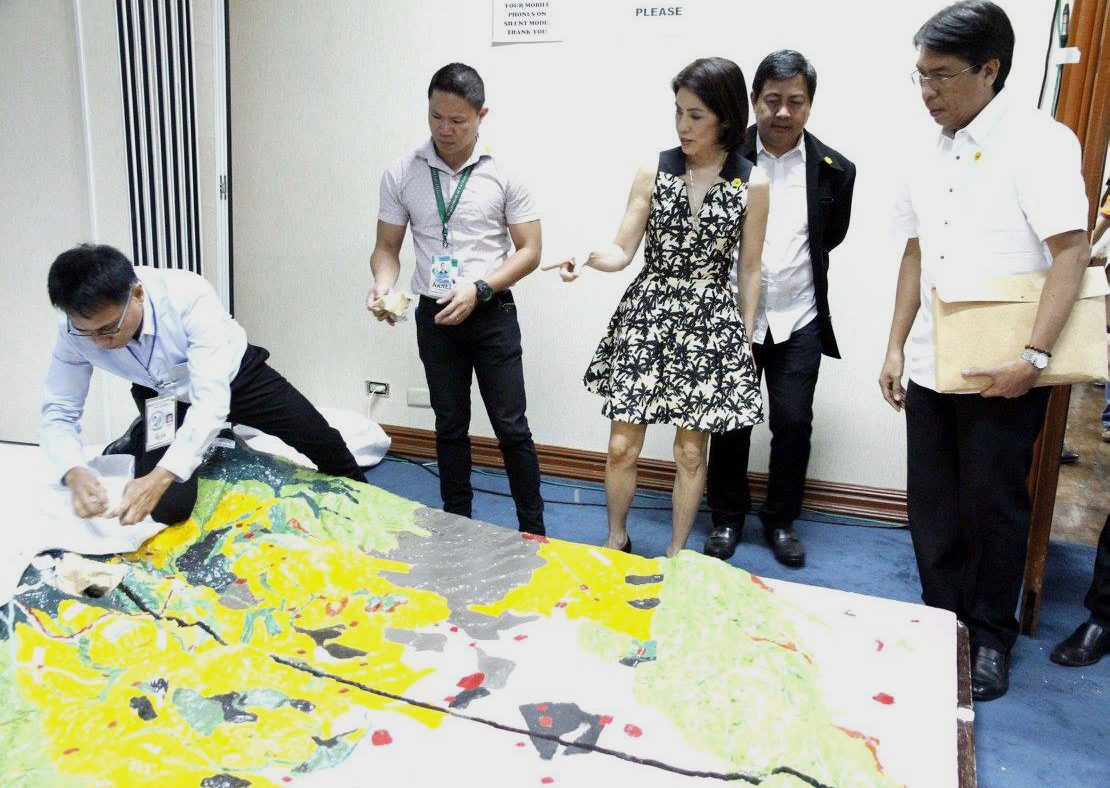 “I’m banning open-pit mining – not the existing ones because they are already there. We just have to find a way out of it. But we;re banning prospective open-pit mines,” Lopez said in a press conference on Thursday.

Lopez, who announced the new policy ahead of her confirmation hearing next week, will sign the department order to enforce the ban on Thursday.

The environment secretary cited 3 reasons why the Department of Environment and Natural Resources (DENR) is banning open-pit mines:

Asked whether the new policy required amendments to the Mining Act, Lopez said, “I can do it as a matter of policy; I’m DENR secretary.”

“I’m doing it now because I have no idea what’s going to happen on Tuesday,” she added, referring to her upcoming confirmation hearing. (READ: Are the odds stacked against Gina Lopez at CA?)

(It defined open-pit mining. It doesn’t include quarrying. It only includes gold, copper, I think silver. Other [minerals] are not in the Philippines. So mostly gold and copper open-pit mines. And prospective.  The way she’s going to address the current open-pits is their water should not be acidic.)

In an ambush interview, reporters clarified with Lopez whether her new order covers open-pit mining projects that are already in the exploration phase. She said there will be “no more digging at all.”

“If you haven’t started, don’t start yet, because the moment you do the open pit, if we don’t have the technology, it’s there for life, so it’s too much of a risk,” she explained.

She said show cause orders will be issued to concerned projects that already have mineral production sharing agreements.

“We’ll do show cause. If you’re thinking of doing open-pit in the country, go to another country first.”

When asked if she’s willing to face charges for her latest policy, Lopez answered, “Of course, absolutely, I’ll do anything for my people.”

A copy of the signed administrative order sent to reporters on Thursday evening read:

“The use of the open pit method of mining for the extraction of copper, gold, silver and/or complex ores is hereby prohibited. Mining contractors who have not commenced commercial operation but have approved Declarations of Mining Project Feasibility for open pit mining are given a period of 6 months to review their planned mining methods accordingly.”

As for the Tampakan open-pit mine, Lopez said that while she had withdrawn its Environmental Compliance Certificate (ECC), only the President can remove its Finance and Technical Assistance Agreement (FTAA), which is between the mining company – in this case, Sagittarius Mines, Incorporated – and the Philippine government.

Responding to questions, Luna said that even if the ECC of a mining company is withdrawn, it can re-apply for it.

In the case of Tampakan, she said: “They can apply again, they can change the parameters, kasi may open-pit ban na ngayon, so baka ibahin ang gagawin nila, baka pumasa pa rin (because we have an open-pit ban now, they might change something, so they might still pass). I’m not saying it will pass, but the ECC is never a complete denial of anything.”

The Commission on Appointments had earlier bypassed the appointment of Lopez, who was reappointed by President Rodrigo Duterte. The President had expressed his strong support for the controversial Cabinet official whose appointment is being contested by mining groups.

Lopez is also at odds with some Cabinet members, particularly Finance Secretary Carlos Dominguez III, over her decision to suspend and shut down some mining operations based on a DENR audit. (READ: Dominguez to Lopez: ‘Being a secretary not like being a crusader’) – Rappler.com