MANILA, Philippines (3rd UPDATE) – In an unannounced jail visit Thursday, April 27, a team from the Commission of Human Rights (CHR) found about 12 men and women allegedly illegally detained in a “lock-up cell” hidden behind a bookshelf in Police Station 1 in Tondo, Manila.

The CHR team wanted to free and take with them the detainees, but the police objected. “Huli namin yan, di niyo pwede kunin yan,” the team was told. (We arrested them. You can’t take them.)

Station Commander Superintendent Robert Domingo claimed the detainees were locked up as their documents were still being “processed.”

When Rappler asked to see the blotter of the detainees, Domingo said they had not been prepared as they were just arrested Wednesday, April 26, in a “one time, big time” operation.

Grace de Guzman, 44, one of the detainees, said she has been locked up in the cell with her husband for a week. She says she was forcibly taken inside her house for no clear reason.

The detainees were reportedly arrested for drug offenses. They claimed they had been kept for days with no charges filed against them.

Cash in exchange for freedom?

Some detainees claimed that the cops have been demanding money – between P30,000 to P100,000 – from them in exchange for their release.

One of them also showed bruises from being beaten up with wood. He told reporters before he was taken inside the cell that the policemen threatened to give him more trouble if he failed to produce money. “Tutuluyan daw kami.” 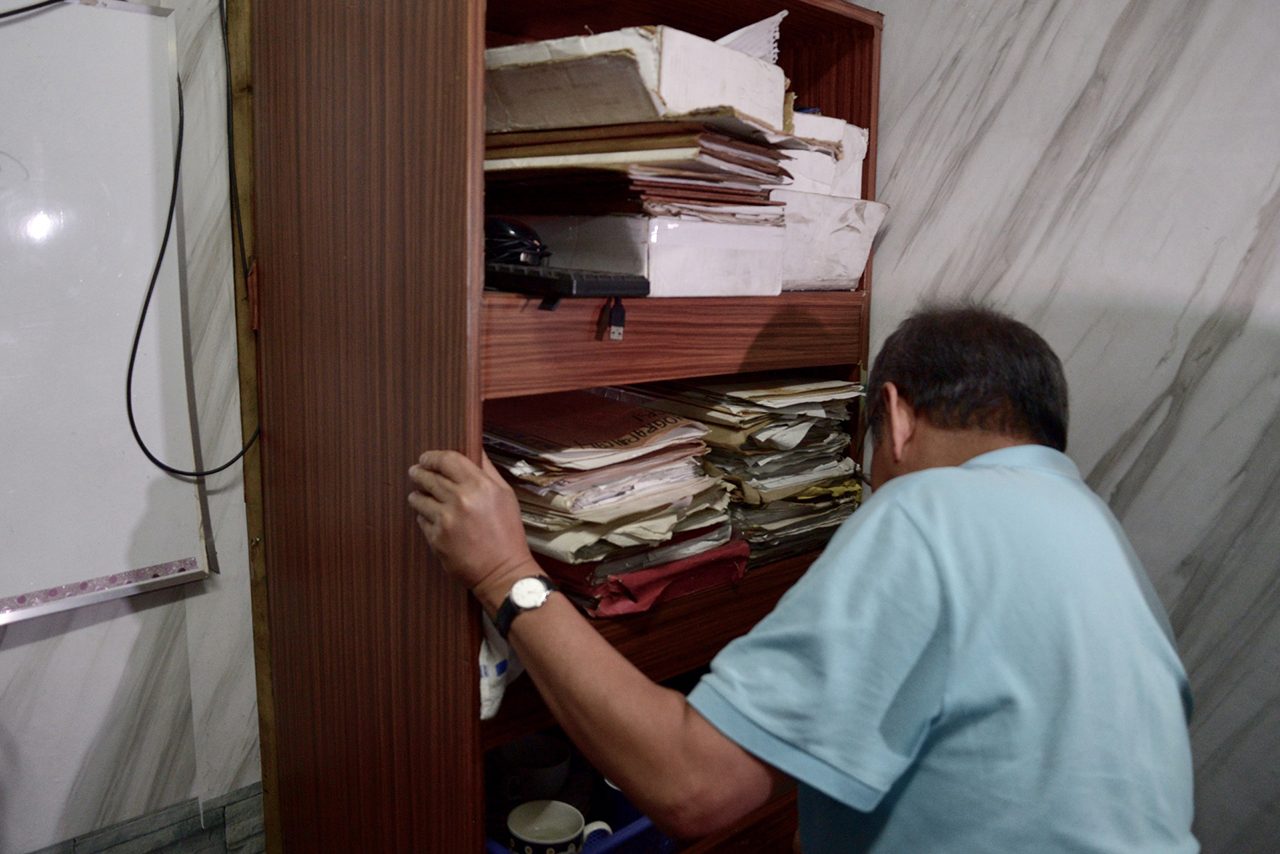 According to CHR Director of NCR [National Capital Region] Gilbert Boisner,  the “lock-up cell does not go in line with the International Standard [of jails]. Detainees claim the lock-up cell does not have any source of light and ventilation. The two urinals inside do not function, forcing many of them to urinate and [do] bowel movement in plastic bags.”

Superintendent Domingo said the “lock up cell” was constructed only last week. “The allegations of these arrested…it’s their word against ours. So we will fight that in the end,” he said in Filipino.

“If they say they were arrested beyond the reglamentary period of the police, that’s just allegation. As for us, we will enjoy the presumption of regularity in the performance of duty,” Domingo added.

Manila has been the site of many drug-related killings since the Duterte administration launched its war on drugs on June 30, 2016.