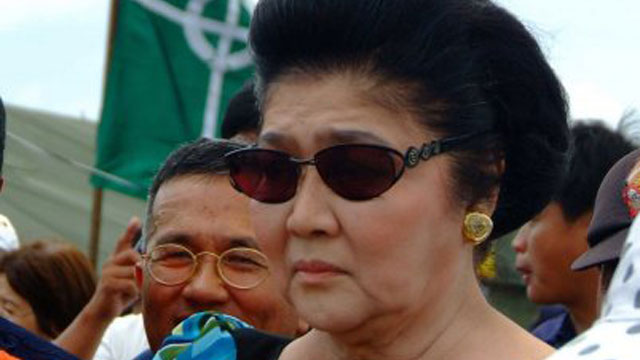 Marcos distributed his priceless collection of at least 300 artworks to cronies when his regime crumbled in 1986. Only about half have been recovered by Manila, said Andres Bautista, head of the Presidential Commission on Good Government (PCGG).

“The Marcoses were art aficionados and they spent millions of dollars buying up these paintings,” Bautista told AFP.

The 146 paintings by Picasso, Van Gogh and other masters like Renoir, Rembrandt and Cezanne “could be anywhere,” he added.

The government commission was formed in 1986 to recover Marcos’s embezzled fortune believed to be worth up to 10 billion dollars, after a bloodless popular revolt ended his 20-year rule and forced him into US exile.

The ex-president died in Hawaii in 1989.

The Philippine government drew up the list of missing paintings from art gallery receipts and shipment records left behind by the Marcos family, Bautista said.

Vilma Bautista, the former personal secretary to Marcos’s widow Imelda, and Vilma Bautista’s two nephews were indicted in New York last week over an alleged conspiracy to sell a Monet that had belonged to the first lady.

The Monet, “Le Bassin aux Nympheas”, and three other paintings seized by US authorities from Bautista were on the Philippines’ missing list, said commissioner Bautista, who is not related to the suspects.

The three suspects sold the Monet to an art gallery in London for $32 million, according to the Manhattan district attorney’s office.

The Philippine commission’s Bautista said he had met the New York prosecutors to ask for the return of the four paintings to Manila.

“Now, whether we bring them back here to be exhibited, or we sell them there and remit the proceeds to the national treasury would be up to President Benigno Aquino,” he said.

The other artworks from the Marcos collection that had already been recovered by the Philippine government were either sold or displayed in local institutions or museums, Bautista said. – Agence France-Presse