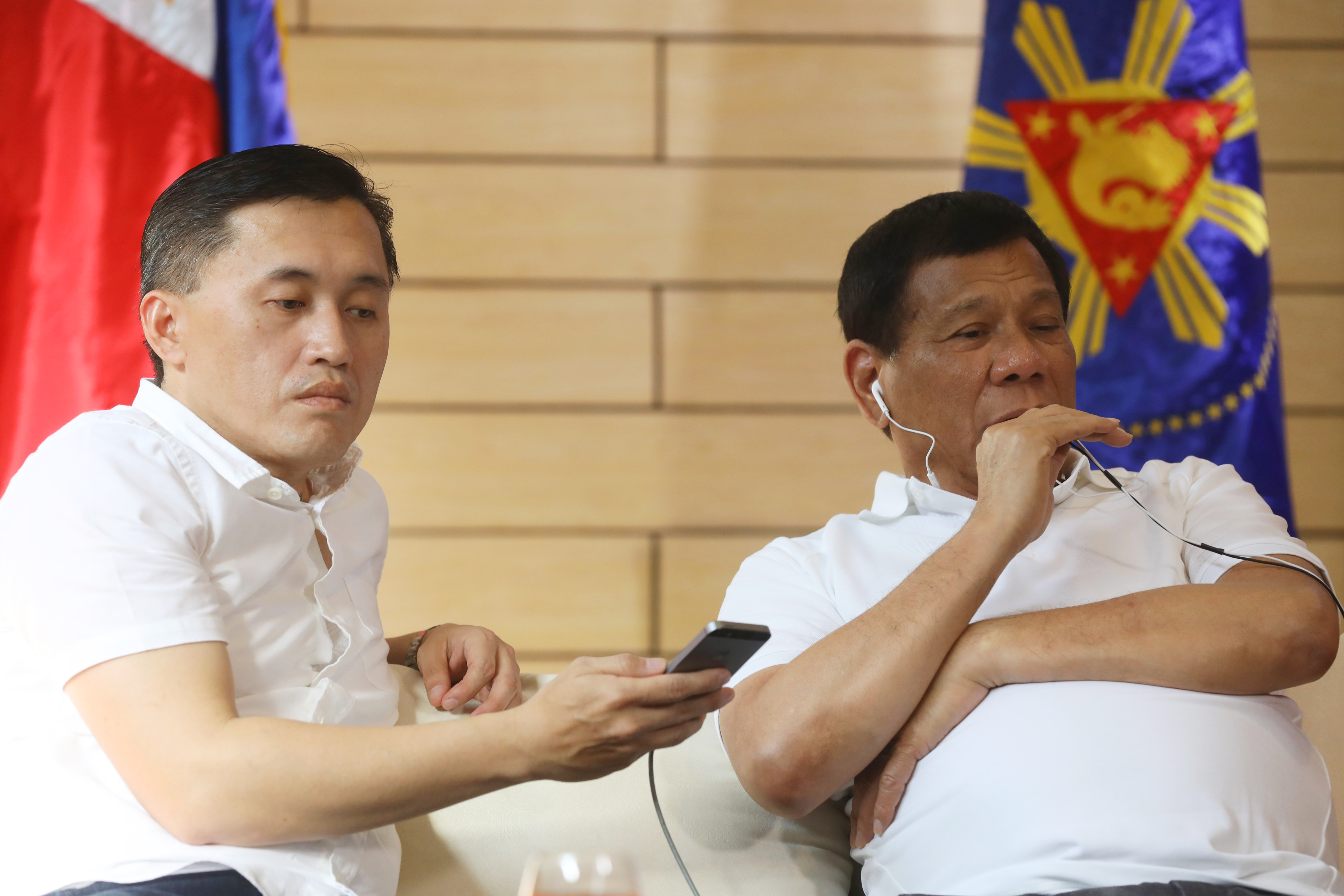 MANILA, Philippines (3rd UPDATE) – The tense situation in the Korean Peninsula and the South China Sea dispute were among the topics tackled by Philippine President Rodrigo Duterte and Chinese President Xi Jinping during their phone call on Wednesday, May 3.

Xi called Duterte at around 4 pm on Wednesday, said the Palace. Their conversation lasted around 26 minutes.

Xi supposedly spoke of a “channel of dialogue and consultation” on the South China Sea issue during the conversation, according to Chinese state-run news agency Xinhua.

The two leaders also “exchanged views” on the situation in the Korean Peninsula.

In a chance interview on Monday, May 1, Duterte said he believes China could serve as a bridge between the US and North Korea.

“Our greatest chance there of getting some dialogue with America and North Korea would be through the intercession of China,” he said.

Malacañang did not give any more details about the phone call except that Xi and Duterte talked about the latter’s visit to Chinese warships docked in his hometown of Davao City.

“The Philippine President thanks the Chinese for inviting him to tour the People’s Liberation Army Navy (PLAN) Flagship Destroyer ‘Chang Chun’ docked at the Sasa Port in Davao City early this week for a goodwill visit to the Philippines,” reads the caption of a photo released by Malacañang.

Duterte, speaking to journalists before the phone call, said he would ask Trump to “show restraint” given the consequences to Southeast Asia, in particular, which is within range of North Korea’s missiles. – Rappler.com