Manila Police to ‘killer’ cop witnesses: Stand by your claims 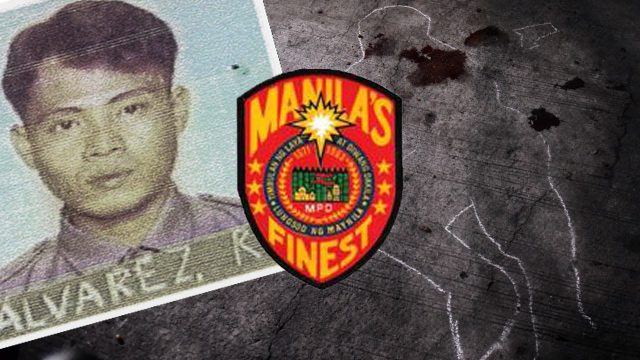 Facebook Twitter Copy URL
Copied
Manila Police District Chief Directorial Staff Bartolome Bustamante calls on the accusers of PO3 Ronald Alvarez to stand by their claims and to give their sworn statements.

MANILA, Philippines— “Hindi naman pwedeng yung sabi nila ganito ang totoo tapos hindi na pwedeng tayuan. Tayuan nila,” (It cannot be that they say this is true and then they will not stand by it. They should stand by it.)

According to Bustamante, the witnesses from the story need to “stand up” and submit sworn statements for them to convict Alvarez by contesting the spot reports—the police reports immediately prepared after operations and encounters.

Until then, Alvarez, according to Bustamante, remains a night patroller for MPD Station 2.

“We have documents showing otherwise,” Bustamante said about the witness accounts. “We do not know if these documents, if these reports are true or not. But we rely on [the spot reports]. Unless otherwise there is contrary to the allegation na ganito ang totoo diyan (that this is the truth).”

Bustamante explained that his police officers regularly tried to reach out to the people present after encounters for their side to be taken into account, but nobody has come forward on the spot to counter the account of the police.

(As long as you follow the police operational procedure, the presumption of regularity is there. But if you divert or go against those established rules, may problema ka. But who will help us? We are not in the crime scene. We’ll just rely on the statement on the report, but if there is evidence contrary to the story, we will go with the more believable evidence.)

“These are welcomed developments,” said Bustamante. “Kasi kung sila ay hindi tatayo at paninindigan ang tama, ano ang mangyayari sa bansa natin?” (Because if they will not stand up for the right thing, what will happen to our country?)

Bustamante explained that if the witnesses distrust and fear the police too much to offer their statements at a station, they have various avenues for them to report Alvarez, including the criminal courts, the People’s Law Enforcement Board, the Ombudsman, the Department of the Interior and Local Government, or the nearest Public Attorney’s Office.

“Namatay yung kamag-anak nila, how to get even with these police officers? So may (posibleng) motibo din sila,” Bustamante said. (Their relatives died. How do they get even with the police? So there is a possible motive.)

He clarified that he is merely speculating this motive because he was “not there and not part of the operation”. Thus, he does not have “personal knowledge.”

“I do not know who’s telling the truth,” he said. “But the point is we have the documents with us. We do not have evidence from them. So give us the evidence and those affidavits, statements, or any other material evidence that they saw in the crime scene to prove the allegations of the police is not true, and we will investigate.” – Rappler.com