Malabon winning the battle against malnutrition 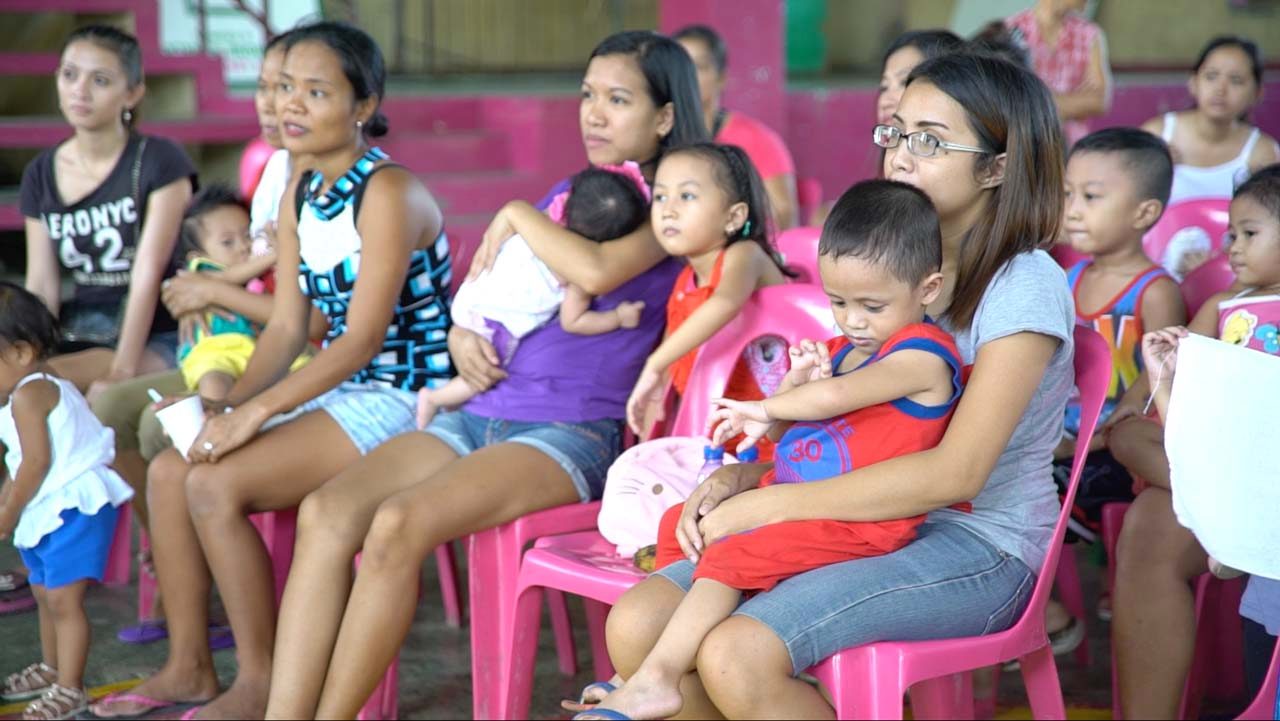 Facebook Twitter Copy URL
Copied
From a stunting rate of 16%, Malabon has reduced it by half at 8% in 3 years

MANILA, Philippines – For years, kids in the city of Malabon have suffered undernourishment.

Malabon has consistently ranked second among Metro Manila areas with the highest rates of malnutrition from 2012 to 2013, according to the National Nutrition Council (NNC).

City Nutrition Action Officer Melissa Oreta said the increasing high rates in the past were due to the lack of attention towards malnutrition.

“I think in the past, there was not so much intervention. There was not a lot of intervention, naturally, the population grew. The occurence increased,” Oreta said in a mix of English and Filipino.

The city government then started addressing the issue in 2013 by educating mothers on nutrition and mobilizing local businesses to pool in resources for intervention programs.

Other indicators of malnutrition also decreased for the city. Severely wasted kids at 6% in 2013 are now down to 3%. There are also less severely underweight kids at 3.17% from 2013’s 4.58%. (READ: Why you should care about stunting)

Oreta said the key feature of their strategy is engaging the community to participate.

“It’s hard to make [mothers] go… many of them resist. They think they are stigmatized because it looks like they are not taking care of their children. Others wants to play cards, so we hinder them from their regular schedule,” said Oreta.

The effort of giving mothers a little extra something made them participate in the feeding programs, which is preceded by a parenting session.

They started by giving out saba (boiled bananas) to kids and mothers attending the program.

Later on, they devised an incentive scheme where mothers with perfect attendance receive a bag with notebooks for their kids or a grocery pack for every 30 days’ attendance in the 90-day program.

Oreta said that based on their observations, mothers do not appreciate nutrition because they cannot understand its concepts.

“A perfect example: a lot of mothers still think that formula is better than breast milk… there’s still that misconception. That’s how basic [it is]. We have to push it by making the community involved so they are more aware, so even on their own, they’ll try to adjust,” she said.

Aside from the lectures on nutrition, they also started to link the mothers to livelihood program and skills traning of the city.

Out of the 100 mothers they trained last year, more than half are already employed.

The Philippines is one of the 168 countries that committed to achieving the Sustainable Development Goals (SDGs), which includes ensuring that there is zero hunger by 2020 as goal number two. This also includes the reduction of stunting and wastage among children.

A review conducted by consultancy firm BrainTrust, Inc. noted that the effects of the country’s rapid economic growth have yet to be felt in the areas of food security and child nutrition.

The review was commissioned by the World Food Programme (WFP) in partnership with the Office of the Vice President as chair of the policy reference group. The review aimed to analyze the situation on food security and nutrition in terms of funding, governance and participation of the government sector.

It highlighted that there are more than 3.7 million out of the 11.2 million children from 0 to 5 years old that are stunted and have less chances of “having a productive life ahead.” (READ: 1 in 3 Filipino kids still malnourished, stunted – study)

This is lost potential for a country with a largely young population.

A separate report conducted by child’s rights group Save the Children said that the Philippines loses around P328 billion annually due to child malnutrition.

To achieve the SDG, the WFP-commissioned review recommended exacting accountability from local government units (LGUs) by devising a report card on eliminating hunger and malnutrition. This report card will be integrated into the grant of a seal of good governance to LGUs.

The review also suggested that the NNC be placed under the Office of the President just like other sectoral bodies such as the Philippine Commission on Women and the National Anti-Poverty Commission to prevent contradicting policies since nutrition is a multi-sectoral issue. – Rappler.com