3 fires break out in Marawi as clashes rage 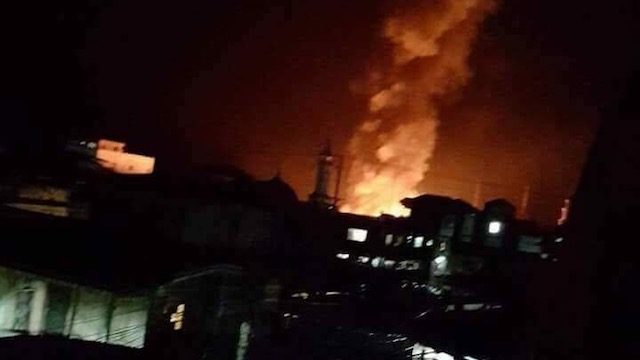 MANILA, Philippines (UPDATED) – At least 3 separate fires broke out in Marawi City on Tuesday night, May 23, as the gun battle rages between the military and the Maute Group.

Photos of fires enveloping the Marawi City Jail, Dansalan College, and Saint Mary’s Church were sent to Rappler as residents called on the government to immediately send fire trucks.

The military said the 3 areas are located outside the “area of military operation,” meaning the fires were likely perpetrated by sympathizers.

The area of operation is both commercial and residential, however. Clashes erupted at 2 pm on Tuesday as the military moved to hunt down “high-value targets” who sneaked into the city, based on reports from residents.

As of posting, a policeman has been confirmed killed in the clashes, while 5 other security forces have been wounded.

The military is sending more troops to Marawi City. – Rappler.com