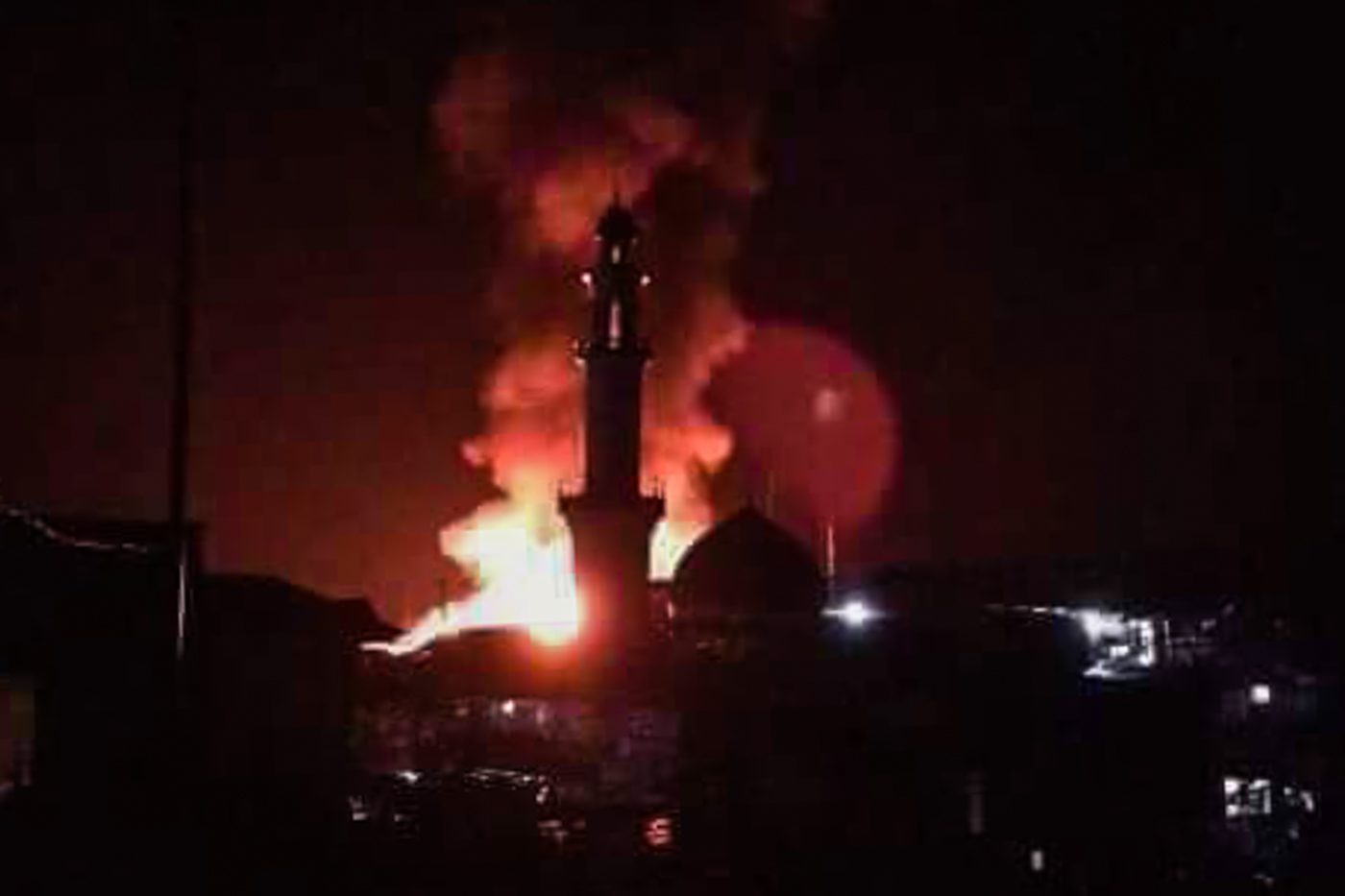 “As of 10 pm Manila time, he has already declared martial law for the entire island of Mindanao,” said Presidential Spokesman Ernesto Abella.

“This is possible on the grounds of existence of rebellion because of what is happening in Mindanao,” he added. (READ: Martial Law 101: Things you should know)

Martial law will last 60 days, Abella pointed out. Asked if there is already an official document of the declaration, Duterte’s spokesman said “details to follow.”

“He has full confidence in the AFP and PNP’s management of the situation,” Abella also said. (READ: Timeline of Marawi clashes)

Because of the situation in Marawi and his declaration of martial law, Abella added that Duterte is cutting short his trip to Russia. The Presidential Communications Operations Office said the President will leave Russia at 5 am on Wednesday, May 24, Manila time. He is expected to arrive in Manila at 5 pm on Wednesday.

Foreign Secretary Alan Peter Cayetano will stay behind to witness the signing of agreements with Russian ministers.

“The President does not take lightly the declaration of martial law in any part of the Philippines,” Cayetano said. “The President doesn’t take it lightly because he knows and his Cabinet knows that there are implications, for example in tourism.”

“But the priority of the President is the safety, the lives and property of people of Mindanao. So he cannot sacrifice the lives of people for any amount of money or any economic reason,” he added.

In the same press conference on Tuesday, Defense Secretary Delfin Lorenzana was asked whether there was a lapse in intelligence that allowed the Maute Group to enter Marawi.

Lorenzana said the group’s presence in the mountainous areas of Marawi City was not unknown to government forces.