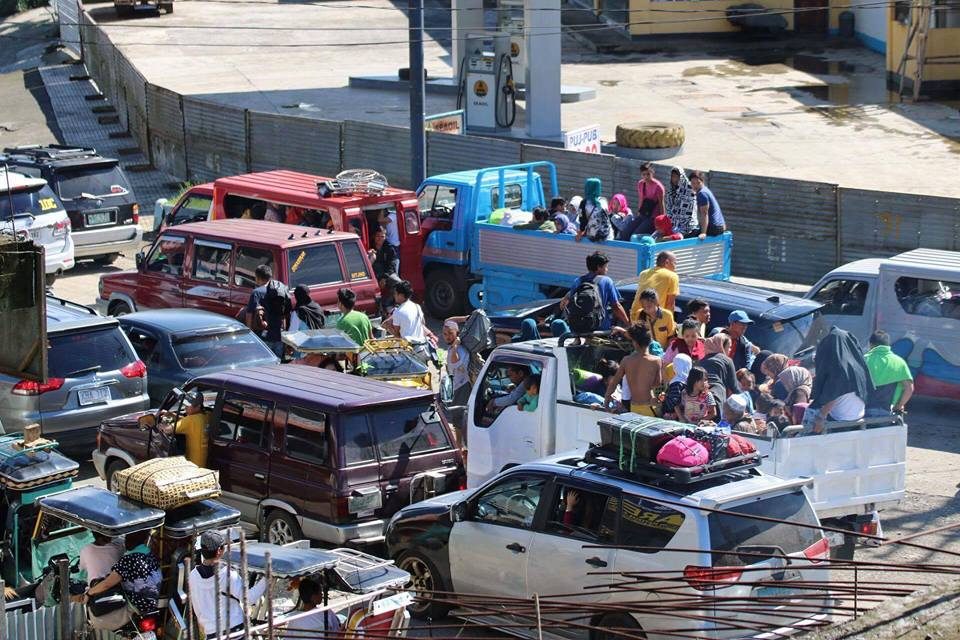 MANILA, Philippines – The Department of Social Welfare and Development (DSWD) activated its red alert status on Wednesday afternoon, May 24, amid the tense situation in Marawi City due to the ongoing operations of the military against terrorists.

“We are already anticipating evacuees from Marawi so our regional offices are now on call 24/7 to address the needs of affected residents and to monitor the situation on the ground, as well as to provide us regular situational reports,” DSWD Secretary Judy Taguiwalo said.

“The DSWD is ready to provide relief assistance to the people of Marawi and to assist the evacuees in coordination with DSWD-ARMM (Autonomous Region in Muslim Mindanao). We will ensure that the people’s well-being, life, and rights are upheld and protected,” she added. (READ: Troops clash with terror groups in Marawi City)

In an interview with Rappler, DSWD Region X Director Nestor Ramos said around 30,000 to 40,000 families live in Marawi City. They are still monitoring the exodus of residents, but 3 evacuation centers are now in place in neighboring Iligan City.

“There are families who have left for Iligan City but there are also families who have opted to stay with [their relatives]. These are those with cars, the rich ones. They went to Iligan, some to [Cagayan de Oro],” said Ramos in Filipino.

The DSWD has P1.2 billion worth of relief goods and standby funds for those affected by the clashes. Around 10,000 family packs have also been delivered to Mindanao upon request of the ARMM regional office. (TIMELINE: Marawi clashes prompt martial law in all of Mindanao)

Ramos said the relief goods will be available for those who will be staying in evacuation centers.

“If they opt to stay with relatives, that’s another story because we have to assess if the relatives can provide them with necessary food assistance. If not, we can provide them relief goods… they’d have to go to our office,” he said.

Amid the crackdown against the terrorists, residents have been advised to stay vigilant and heed authorities’ warnings.

Bishop Edwin dela Peña of the Prelature of Marawi earlier reported that the Maute Group has held hostage 5 residents.