Who’s who in Duterte’s martial law 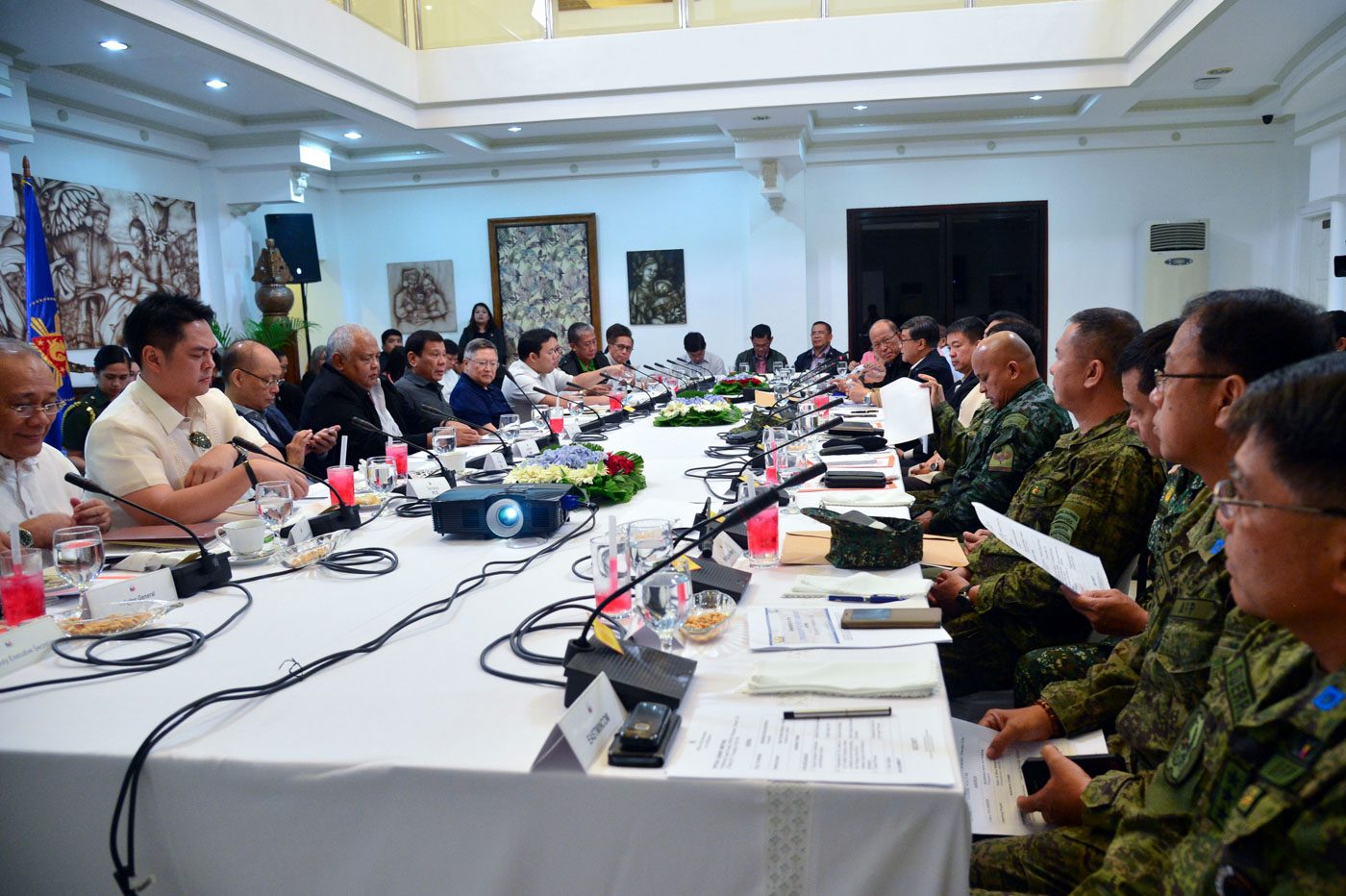 Facebook Twitter Copy URL
Copied
Defense Secretary Delfin Lorenzana is administrator of martial law, reporting directly to the President. He will have 'several advisers for the areas of Mindanao.'

DAVAO CITY, Philippines – On the 4th day of martial law over the entire Mindanao island region, the Armed Forces of the Philippines (AFP) announced the key people in charge of implementing it.

Nearly all posts under the martial law structure, save for that of the commander-in-chief, are held by men with ties to the military. Even the civilian police chief is a graduate of the Philippine Military Academy (PMA).

In a press briefing on Friday, May 26, AFP spokesman Brigadier General Restituto Padilla said Defense Secretary Delfin Lorenzana (PMA Class of 1973) was designated administrator of martial law. He reports directly to the President.

Lorenzana as martial law administrator will also have “several advisers for the areas of Mindanao.” Padilla did not say who these advisers would be. Under Lorenzana but above Año is a deputy martial law administrator “who shall handle the operations, administrative, legal, public affairs, and logistics side of the administration of martial law.”

Working “under and with” Año is his counterpart from the Philippine National Police (PNP), Director General Ronald dela Rosa (PMA Class of 1986).

Although the PNP is a civilian organization, most of its top officials – Dela Rosa included – are graduates of the military academy.

Neither the AFP nor the PNP have released their implementing guidelines. Duterte met with the military and police leadership in Davao City on Thursday night, May 25.

A police source who was in the meeting said the PNP will be working with the Department of the Interior and Local Government to craft its guidelines. The DILG, coincidentally, is also headed by a PMA graduate – Undersecretary Catalino Cuy (PMA Class of 1981).

Cuy said they reminded public safety bureaus and local governments to follow the provisions of martial law as stated in the Constitution.

Duterte placed the entire Mindanao island region under martial law following attacks by the terrorist Maute and Abu Sayyaf groups on Marawi City. The declaration stays for 60 days unless Congress revokes it. (READ: FAST FACTS: What you should know about the Maute Group)

Duterte can ask Congress – which is dominated by his allies – to extend the declaration. The Supreme Court may also review the basis for its declaration if a petition is filed questioning it. (READ: Martial Law 101: Things you should know) – Rappler.com