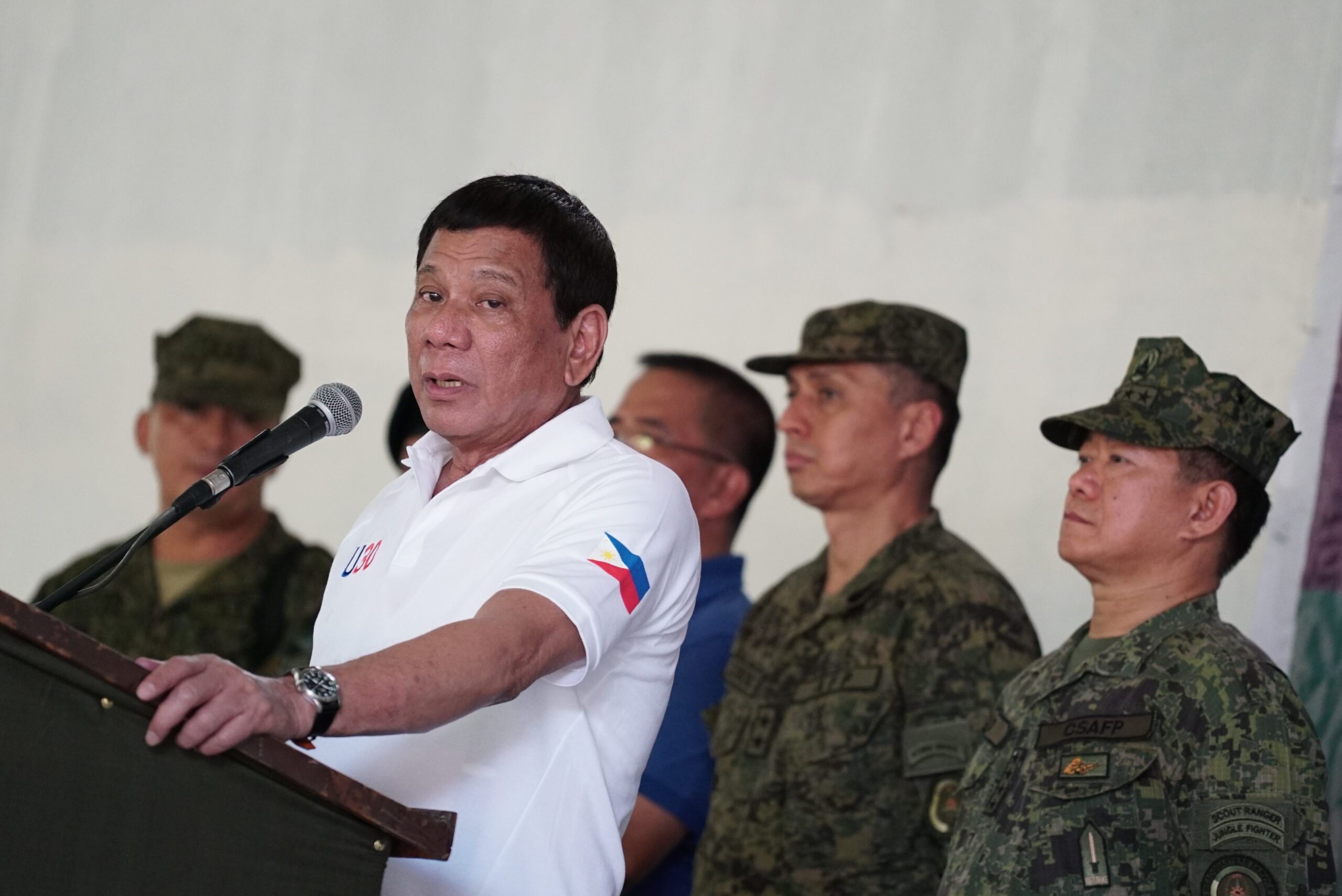 The 6-member minority bloc had sponsored Senate Resolution 390, which also seeks to discuss the suspension of the privilege of the writ of habeas corpus. (READ: Martial Law 101: Things you should know)

It took the Senate nearly 3 hours to end the heated debates on the measure. The President’s allies insisted there is no need to convene a joint session, while members of the opposition said it is Congress’ duty to review such an “extraordinary” power of the Chief Executive and for the sake of “transparency and accountability.”

Senate President Aquilino Pimentel III also questioned the need to push for a joint session because the House of Representatives already said it is not needed.

The senators who voted against holding a joint session are the following:

Pimentel and Pacquiao are party mates of the President, while Zubiri, Ejercito, Villar, Sotto, and Gordon are well-known allies of Duterte.

The so-called macho bloc in the chamber – Sotto, Lacson, Honasan, and Legarda – voted the same.

The senators who voted in favor of a joint session are the following:

Before the vote, 12 senators had said they were in favor of a joint session. Senators Loren Legarda and Joseph Victor Ejercito, however, flip-flopped.

Legarda did not explain the change in her vote. Ejercito, meanwhile, said there is a “compelling reason” to declare martial law, as the state is dealing with terrorists.

“We are really not dealing with ordinary criminals, these are terrorists. There really is an urgent compelling reason to declare martial law. This is not an ordinary rebellion, this is terrorism,” Ejercito said.

Legarda earlier said on Twitter: “A decision to revoke or not to revoke could only be arrived at through such an exercise where every legislator would express his or her affirmation or dissent. Our nation has never before been placed under this situation post-EDSA. The Constitutional provisions that were meant to ensure checks and balances among the 3 branches of government would require no less.”