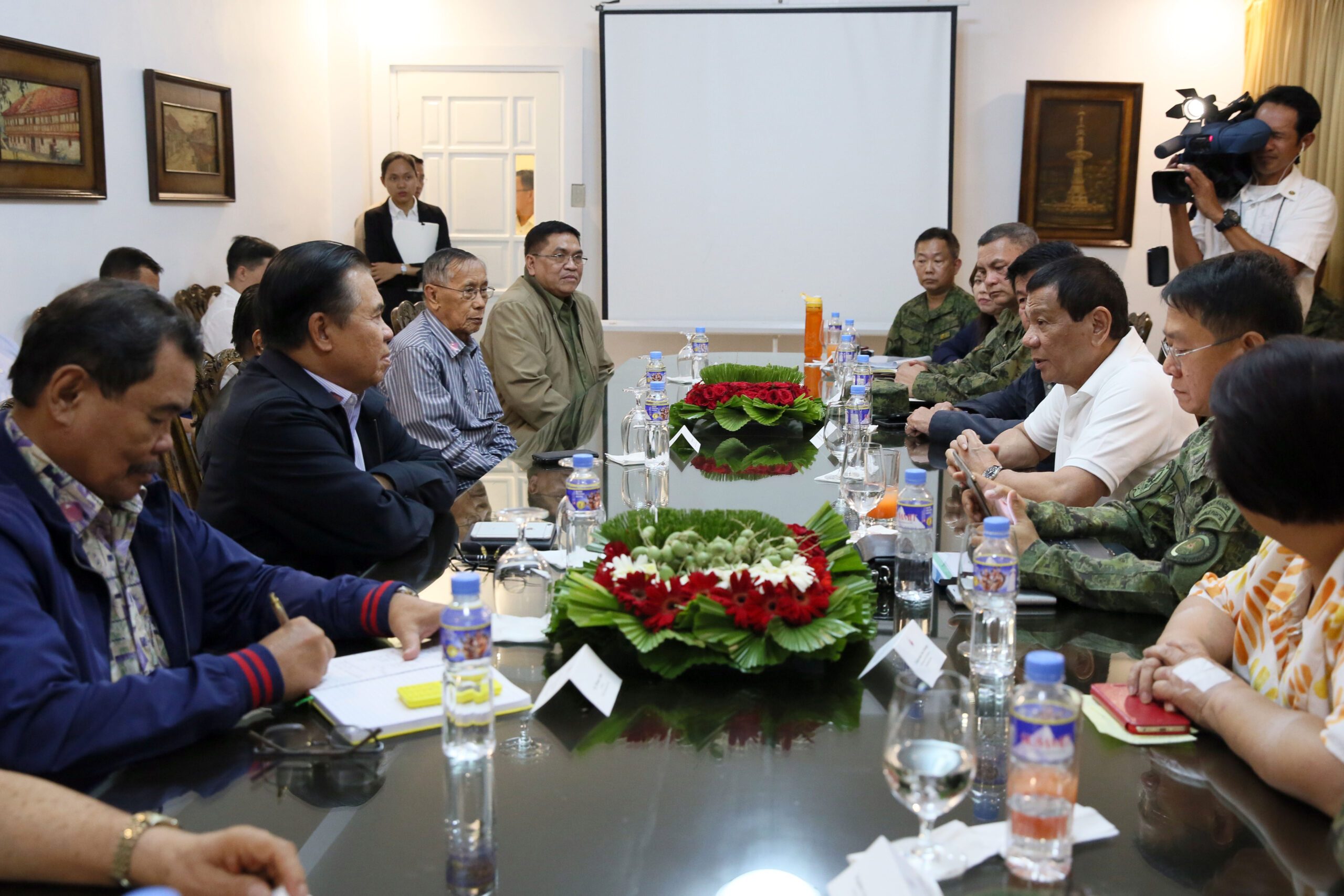 Facebook Twitter Copy URL
Copied
The 'peace corridor' is a secure space to allow the safe evacuation of Marawi residents, transport of goods, and retrieval of bodies, says the Palace

MANILA, Philippines – President Rodrigo Duterte approved the establishment of a “peace corridor” or “secure space” to ensure the safe passage of Marawi residents and goods as clashes in the city continue.

Government peace panel chairperson Irene Santiago was designated by the President to oversee the implementation of the project.

The peace corridor is supposed to provide a route for humanitarian groups to evacuate wounded or trapped civilians from Marawi City.

It may also be used to help transport goods, such as food, for people in areas of Marawi City where access to markets have been cut off.

Through this secure space, bodies retrieved from the city may be transported.

Abella, quoting Santiago, said she intends to meet with members of the implementing panels to discuss the parameters of the peace corridor.

Defense Secretary Delfin Lorenzana, the administrator of martial law, has given security forces until Friday, June 2, to end the siege. – Rappler.com