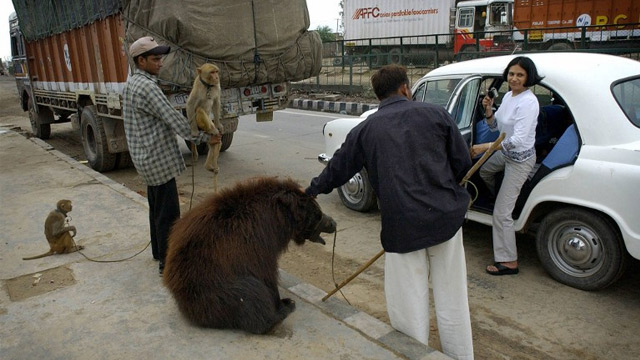 Conservationists claimed they were successful in ending the Indian industry of street-dancing sloth bears, a tradition of the Muslim Kalandar tribe that dates back to the 13th century. The World Society for the Protection of Animals (WSPA) and India-based Wildlife SOS, which runs sanctuaries for bears, have also declared an end to the practice in the last few months–40 years after a government ban in 1972. Behind this is a long-term effort of providing alternative livelihood and other financial incentives to the tribesmen who were used to buying bear cubs from poachers, then hammering a heated iron rod through the cubs’ sensitive snouts to remove the animal’s teeth and claws. The bear trainer threaded a rope through its snout and then headed for the streets where onlookers would pay a few rupees for a show in which the bear would sway and jump around.