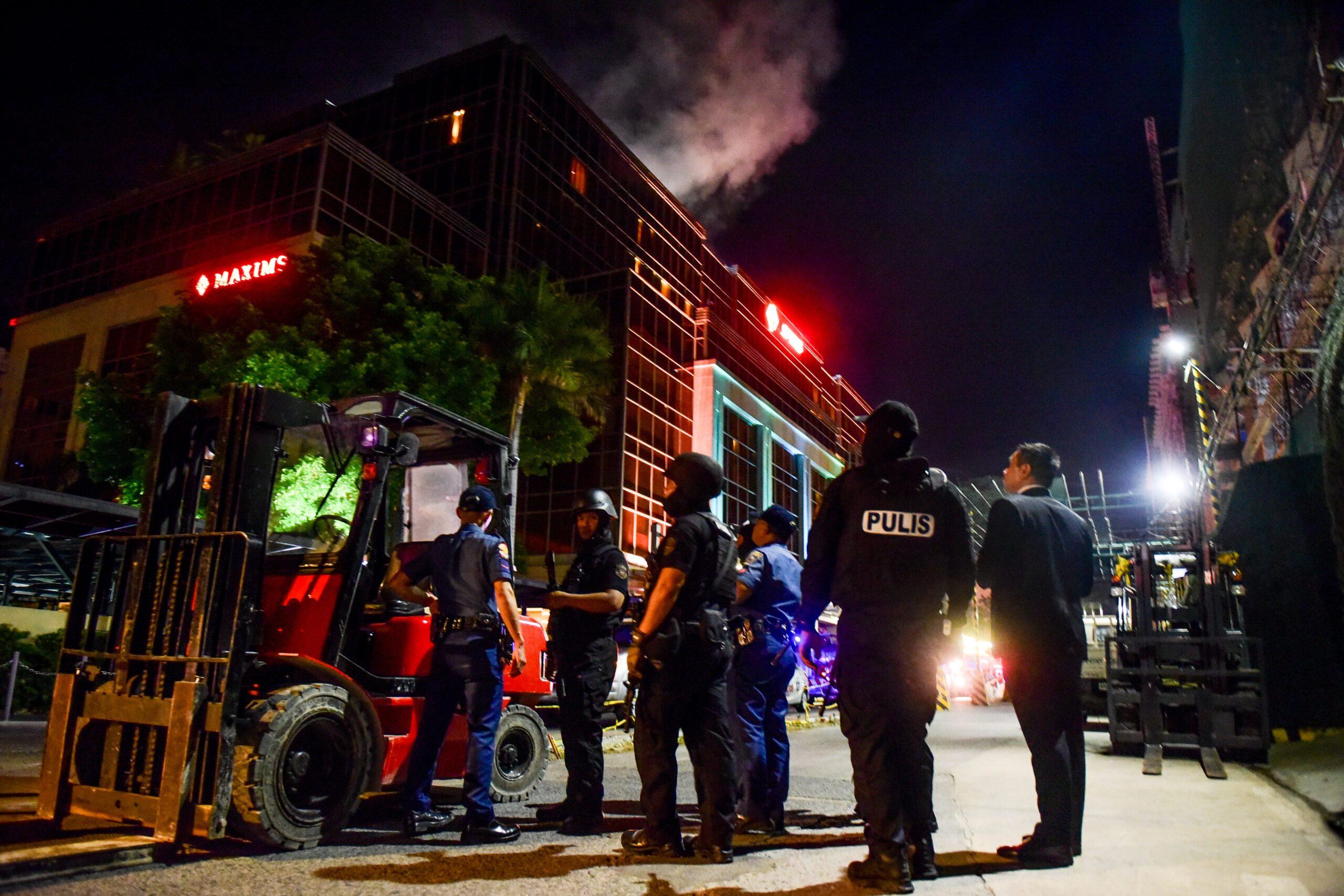 Facebook Twitter Copy URL
Copied
(6th UPDATE) The Philippine National Police says the 'isolated' incident is not a terrorist act but Defense Chief Lorenzana tells Rappler, "We're not ruling out that this is ISIS."

Gunshots were heard and fire broke at the casino hotel – which is across a road from one of the main terminals of the Philippines’ international airport – a little past midnight Friday, June 2.

In a tweet, Resorts World Manila said it is “currently on lockdown following reports of gunfire from unidentified men.”

“The company is working closely with the Philippine National Police to ensure that all guests and employees are safe,” Resorts World said in a second tweet.

Agence France-Presse reported shortly after the fire: “ISIS said ‘lonewolf soldiers’ from its group carried out the attack, according to the SITE Intelligence Group that monitors terrorist organizations.”

SITE said: “An Islamic State (IS) Filipino operative who provides daily updates on the ongoing clashes in Marawi stated that the group is responsible for the attack at Resorts World Manila in Pasay, Philippines.”

“We’re looking at robbery as an angle because he stole, he barged into the storage room for casino chips. He took the chips, put them inside his backpack but eventually left it. We have recovered the backpack,” PNP chief Director General Ronald dela Rosa told reporters hours after shots first rang out past midnight at the casino complex.

“This is not terror,” he said.

Philippine President Rodrigo Duterte imposed martial law on May 23 across the southern region of Mindanao to crush what he said was a rising threat of ISIS there.

He declared martial law shortly after Maute Group terrorists went on a rampage through the southern city of Marawi, which is about 800 kilometers south of Manila.

Security forces are still battling the terrorists in Marawi, and the clashes there have left several dozens of people dead.

Duterte said last week he may need to declare martial law across the rest of the country if the terrorism threat spreads.

At the scene in Pasay City, National Capital Region Police Office (NCRPO) spokesperson Chief Inspector Kim Molitas called on the public to “advise relatives and friends to stay out of the area” and to help the authorities “by not spreading posts from the hotel.”

In a statement, she said the paramount concern is to protect people who are trapped inside the hotel and the policemen who have been deployed.

Molitas said NCRPO Director Oscar Albayalde is on the ground and “has received proper guidance from the higher authorities.” – with a report from Agence France Presse / Rappler.com