Jun 2, 2017 4:49 AM PHT
Facebook Twitter Copy URL
Copied
(UPDATED) The PNP chief says nobody was seriously injured in a shooting that they believe was carried out by a lone man who stole casino chips 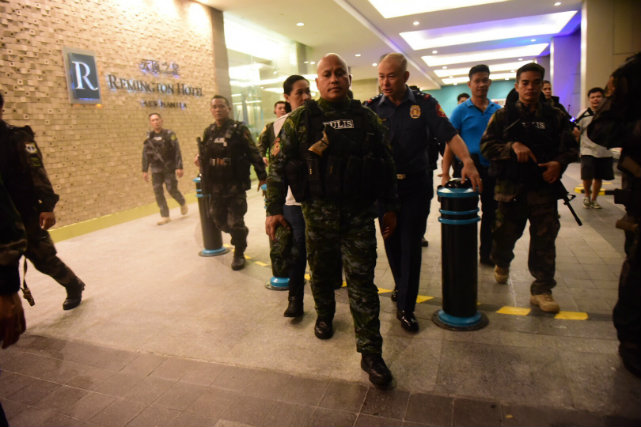 MANILA, Philippines  (UPDATED) – The Philippine National Police (PNP) chief on Friday, June 2, downplayed a claim made by a terrorism monitoring group that terrorists were behind the shooting inside a posh complex in the country’s capital region.

“We’re looking at robbery as an angle because he stole, he barged into the storage room for casino chips. He took the chips, put them inside his backpack but eventually left it. We have recovered the backpack,” Dela Rosa told reporters hours after shots first rang out past midnight at the casino complex.

The police chief added that nobody was taken hostage or seriously injured as a result of the lone gunman’s attack.

Dela Rosa, in battle fatigues and clutching a firearm, described the shooter as a “6-footer na parang foreign-looking, puti na medyo may bigote (a 6-footer who is foreign-looking, white with a moustache).”

Past midnight on June 2, people heard gunshots from inside the Resorts World Manila building. Smoke was seen from the building as well.

Dela Rosa said the gunman was carrying a liter of gasoline and poured it onto the gambling tables to set them on fire. The shooter reportedly did not aim at any person during his attack.

“We have not yet accounted all the injuries, [but] they are all minor injuries caused by the stampede,” said the police chief.

A police spokesman said the gunman stole at least P113 million worth of chips which were recovered by police during the chase.

Chief Inspector Kimberly Molitas, spokesperson of the National Capital Region Police Office (NCRPO), said in a statement at 5:45 am that they have identified the gunman. Molitas also referred to “loss of lives” due to “suffocation.”

“Please help pray for the injured and the loss of lives due to suffocation. We have zero visibility at makapal pa rin usok sa floors (and the smoke is still thick in several floors) so we have to be very careful with every move,” Molitas said.

“We see no terrorism in this act. We see this as an isolated incident confined to a disgruntled individual,” she also said.

Within hours of the first gunshot, the SITE Intelligence Group, which monitors terrorist organizations, quoted a supposed Islamic State (ISIS) Filipino operative as saying that they were behind the attack.

“An Islamic State (IS) Filipino operative who provides daily updates on the ongoing clashes in Marawi stated that the group is responsible for the attack at Resorts World Manila in Pasay, Philippines,” SITE said. 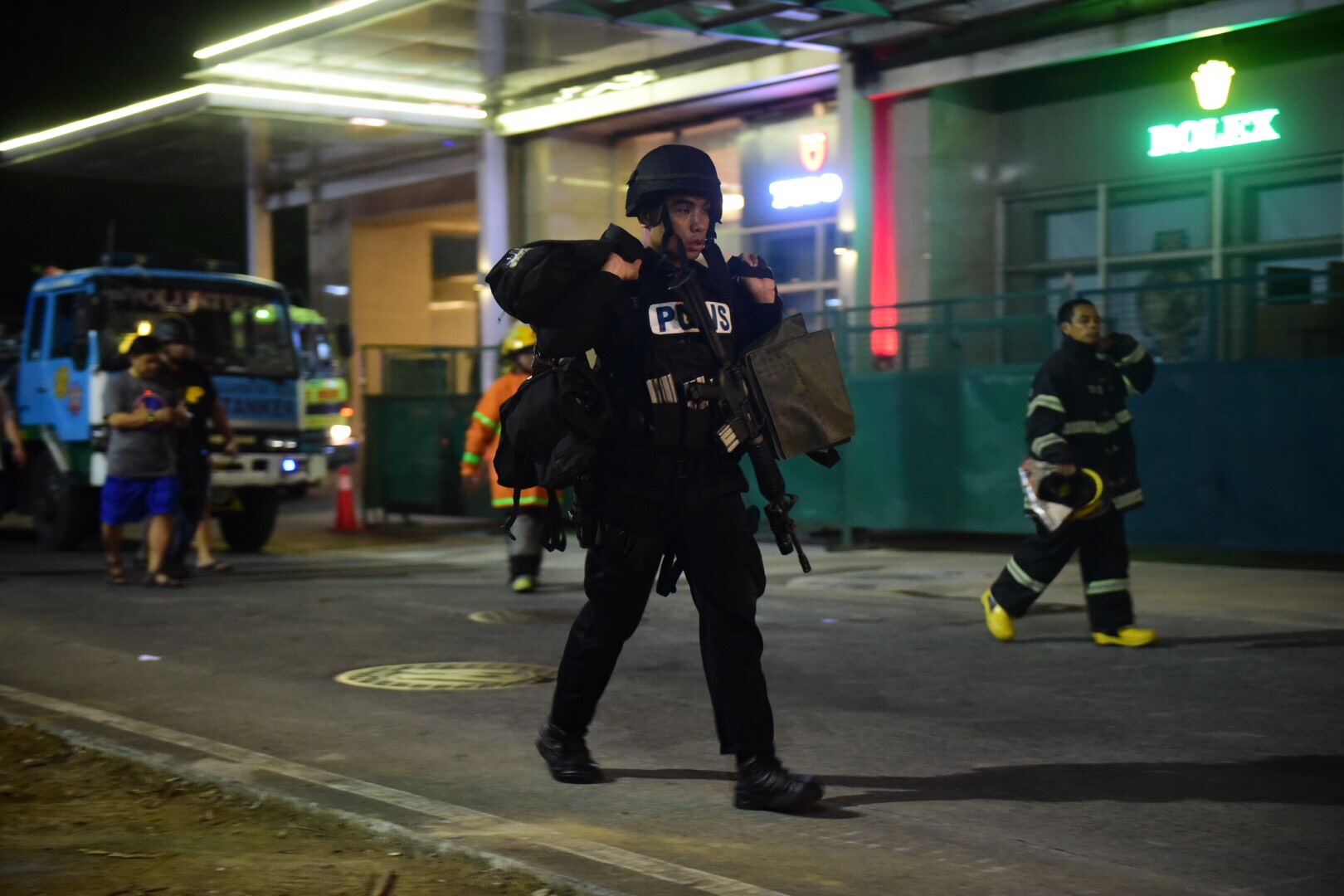 Dela Rosa said police – thus far – have not established any links between the attack and ISIS just yet.

Police are still conducting clearing operations inside the entertainment complex, which is adjacent to the hotel. The gunman was last seen on the 5th floor, Dela Rosa noted.

This isn’t the first time that ISIS claimed responsibility for blasts in Metro Manila. Quiapo district in Manila, the Philippine capital, was hit by two separate explosions barely a week apart in late April and early May 2017.

ISIS said they were behind both blasts, but the PNP denied those claims.

The attack in Pasay City, which is part of the Philippines’ National Capital Region (NCR), happened as government troops continue to battle local terror groups in Marawi City in the island of Mindanao.

Clashes in Marawi City and the purported threat of ISIS to the Philippines prompted President Rodrigo Duterte to declare martial law and suspend the privilege of the writ of habeas corpus in Mindanao.

Duterte has said he might expand military rule to the Visayas and even Luzon if the threat of ISIS persists. Days later, Duterte modified his position, saying he would be “forced” to suspend the privilege of the writ of habeas corpus – instead of declaring martial law – in the Visayas should terrorists move there.

Martial law remains in Mindanao for a maximum of 60 days, unless Duterte wants it extended and gets congressional approval. The Supreme Court may also review the basis for the proclamation if a petition is filed questioning it. – Rappler.com