MANILA, Philippines (2nd UPDATE) – A man who fired an automatic rifle inside a casino in the capital of Manila and triggered fears of a terrorist attack killed himself on Friday, June 2, police said, adding the incident was likely just a bungled robbery.

People ran screaming out of Resorts World Manila, which is across a road from the Philippines’ international airport, after the man fired what Philippine National Police (PNP) chief Ronald dela Rosa said was an M4 assault rifle and set fire to a gambling table about midnight.

The gunman did not shoot anyone but disappeared into the chaos of smoke and running people, leading to a manhunt throughout the casino, hotel, and shopping complex that ended just after dawn.

“The lone gunman is already neutralized; he’s dead. He burned himself inside a hotel room,” Dela Rosa said in a media interview outside Resorts World before 8 am on Friday.

The PNP chief said in an earlier media interview that the gunman was “killed by our troops” but told reporters about an hour later that the gunman set himself on fire inside a hotel room on the 5th floor.

Before the gunman died and police had confirmed any motive, SITE, a terrorism monitoring group, reported that a Filipino operative working with the Maute group claimed responsibility for ISIS and US President Donald Trump also branded it a “terrorist attack.”

However the incident was most likely a robbery gone wrong rather than a terrorist attack, Dela Rosa  told reporters. 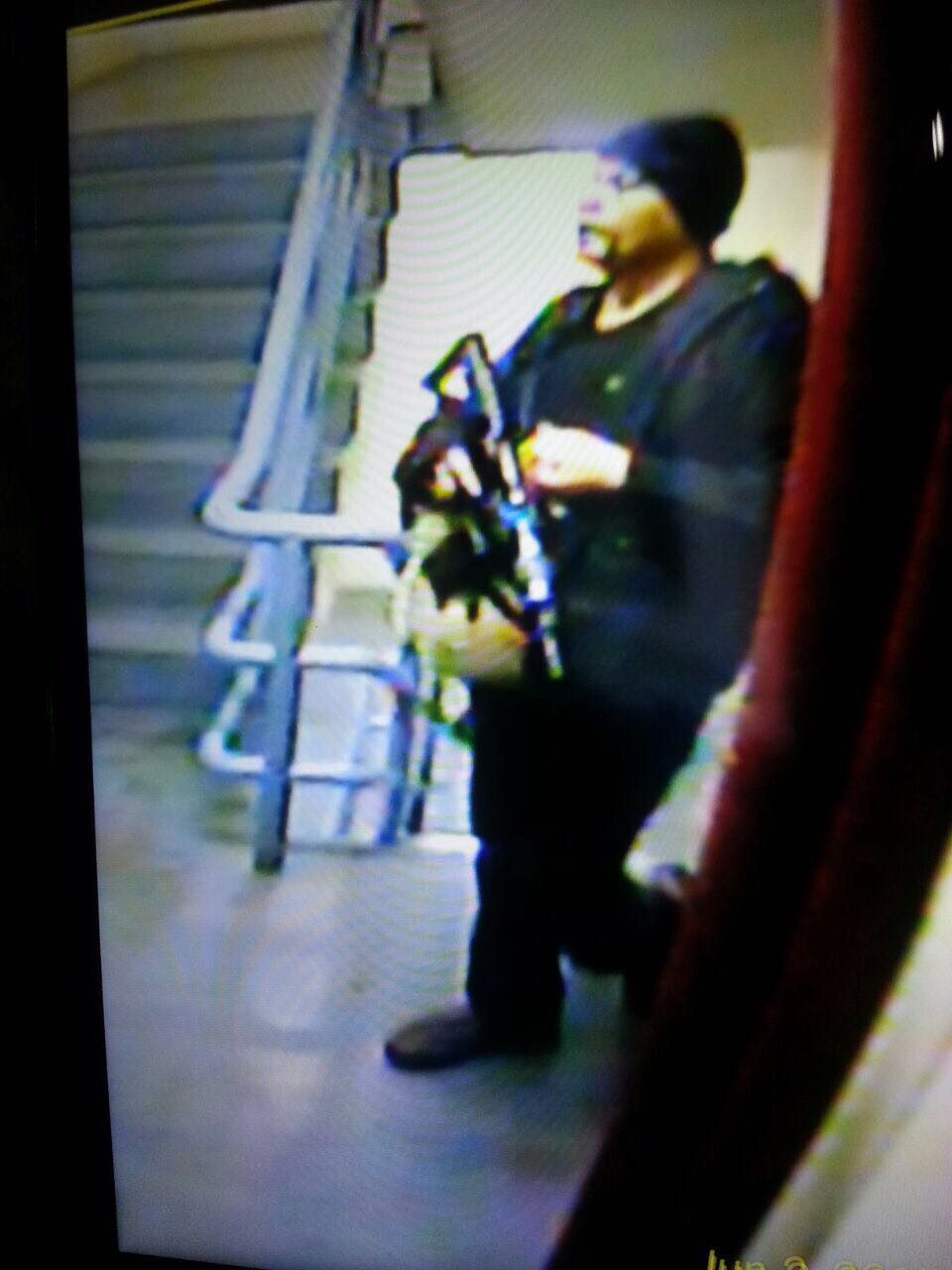 Dela Rosa said the man, whom he described as a “lone wolf” or someone who acted alone, walked into one of the gambling rooms and fired the rifle at a large television screen, then poured gasoline onto a gambling table and set it alight.

He said the man then fired again at a stock room containing gambling chips and filled a backpack with them.

The man left the room and went upstairs to the hotel section, according to Dela Rosa.

The PNP chief said the man eventually went inside room 510, where he doused gasoline on the bed, slipped himself under the covers, then set the bed on fire. When the police got into the room, the man was already dead.

National Capital Region Police Office chief Director Oscar Albayalde and Presidential Spokesman Ernesto Abella later said in separate statements that the gunman shot himself in the head after setting himself on fire.

Albayalde said the gunman had tried to steal P113 million  ($2.3 million) worth of gambling chips, although he left the backpack on the ground near the stock room.

“There is no indication that this is a terror attack. It is a simple robbery and most likely it was done by a demented person,” Albayalde told reporters outside the casino. (READ: Police: Resorts World Manila shooting not act of terrorism)

Later, however, the Metro Manila police chief said authorities had some doubts about the robbery angle since the chips cannot be exchanged just anywhere, and the gunman dumped his stash as he fled police.

Dela Rosa said, “For now, we can say that this is not a terrorist attack.”

He noted that there were “no elements of violence, intimidation” that marked acts of terrorism.

“Kung ISIS siya, namaril na siya doon (If he’s ISIS, he would have gunned down the people there),” the PNP chief said, adding that a terrorist would have carried out a suicide bombing to inflict maximum casualties.

Dela Rosa said the man might have lost a lot of money at the tables, then tried to recover his losses by attempting to rob the casino.

He said that for now, “there’s no connection” between the Resorts World incident and the clashes between local terrorists and government troops in Marawi City, Lanao del Sur, which had prompted a martial law declaration in Mindanao.

People inside the casino recounted feelings of terror when the shooting occurred.

“I was about to return to the second floor from my break when I saw people running. Some hotel guests said someone yelled ‘ISIS’,” Maricel Navaro, an employee of Resorts World, told DZMM radio.

“Guests were screaming. We went to the basement locker room and hid there. People were screaming, guests and employees were in panic,” Navaro said.

“When we smelled smoke, we decided to go for the exit in the carpark. That’s where we got out. Before we exited, we heard two gunshots and there was thick smoke on the ground floor.”

Outside the complex, relatives of people caught inside waited to hear news of their loved ones.

“Our daughter called us past midnight saying she was in the VIP section of the casino and there was smoke and they were suffocating,” Gil Yongco, 42, told Agence France-Presse.

“We are very worried about her. We haven’t heard from her.”

At the time of the interview, Dela Rosa said there were no confirmed fatalities but 54 people had been injured in the stampede and from inhaling smoke. Eighteen were brought to different hospitals for treatment while the rest only had minor injuries, he said.

Several people were reported killed because of the fire, but authorities have yet to release the official figure. Media reports quoting the Bureau of Fire Protection said over 30 bodies were found in the second and third floors of the hotel, according to an ANC report.

President Rodrigo Duterte imposed martial law last week across the southern region of Mindanao to crush what he said was a rising threat of ISIS there.

He declared martial law shortly after militants went on a rampage through the southern city of Marawi.

Security forces are still battling the militants in Marawi, and the clashes there have left at least 171 people dead.

Duterte said last week he may need to declare martial law across the rest of the country if the terrorism threat spread. – Rappler.com