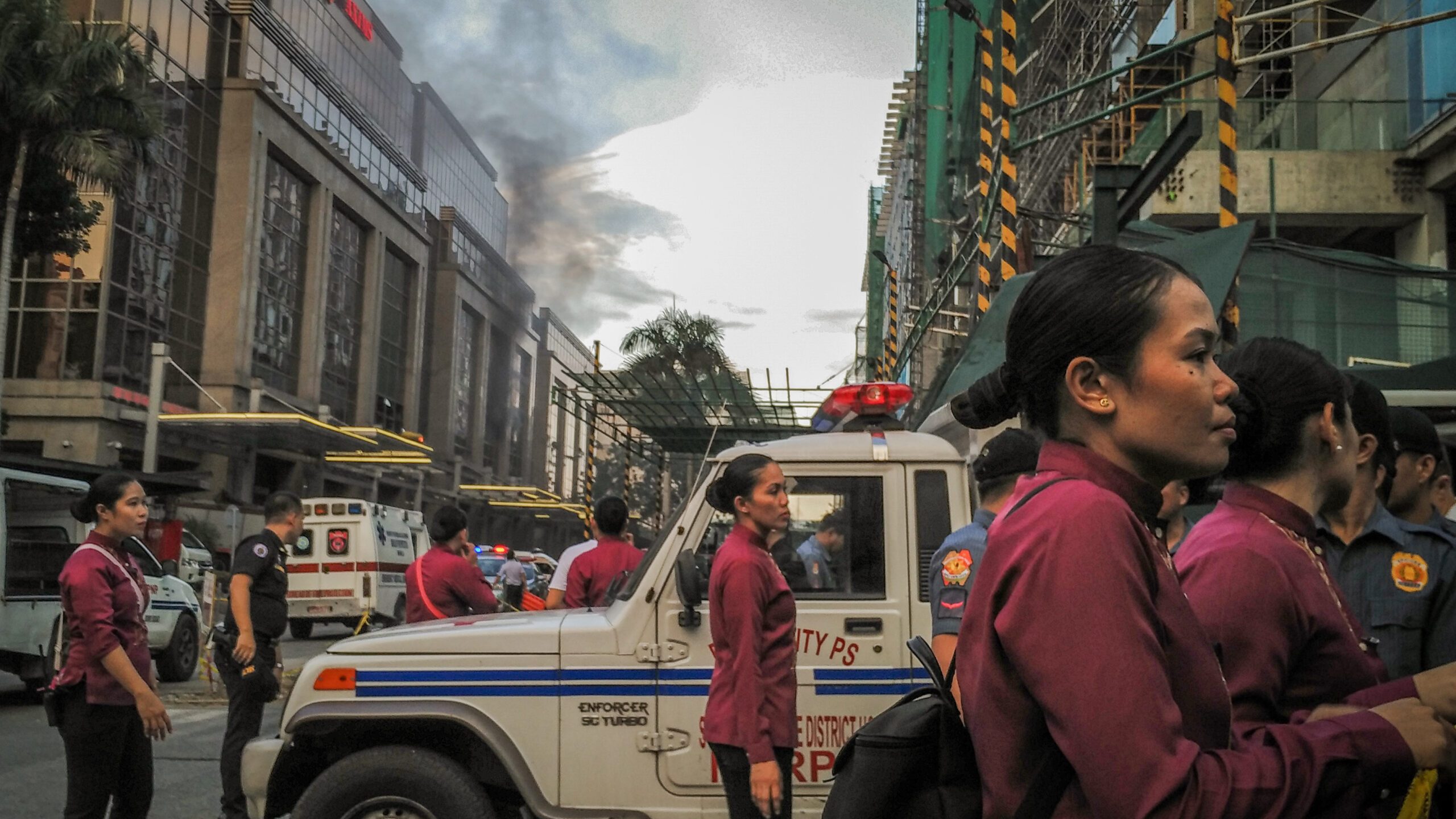 MANILA, Philippines (3rd UPDATE) – At least 37 people were killed when a “lone gunman” fired gunshots and set ablaze gaming tables at the casino floor of the Resorts World Manila in Pasay City on Friday, June 2.

Director Oscar Albayalde, National Capital Police Regional Office (NCRPO) chief, said in a Palace news briefing that a total of 37 people died in the incident, including the gunman, who killed himself. The others died because of suffocation, he said.

Abella said the other deaths were “due to suffocation at the 2nd floor gaming area, which had been set on fire by the perpetrator who eventually committed suicide on the 5th floor of the Maxims Hotel, where he set himself on fire and then shot himself.”

Albayalde said the gunman shot himself in the head. Thick smoke from the burning carpet and other highly-combustible materials in the gaming area suffocated others in the area, he added.

Police said that so far, none of the deaths or injuries were due to the shooting. A security guard sustained a gunshot wound after he accidentally shot himself during the incident, they said.

Resorts World Manila chief operating officer Stephen Reilly said, however, that the security guard sustained the gunshot wound when he exchanged gunfire with the gunman.

He said the guard shot the gunman, which “significantly slowed down the assailant” and forced him to retreat to a hotel room.

Apolinario said the gunman was shot in the thigh.

The PNP downplayed the claim that terrorist group Islamic State (ISIS) was responsible for the attack. Dela Rosa said they were looking at robbery as a motive instead. – Rappler.com