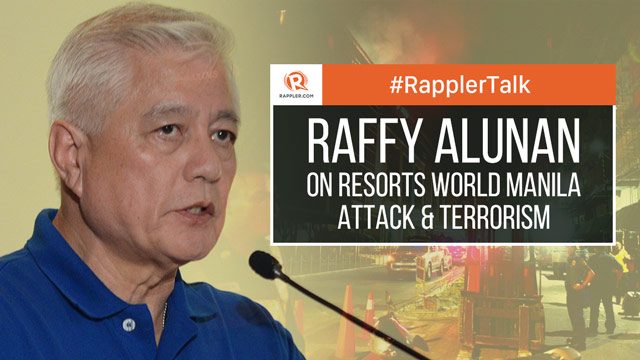 Facebook Twitter Copy URL
Copied
What does the attack on Resorts World Manila mean? Is it really a robbery attempt or a terrorist attack?

At least 37 people were killed when a “lone gunman” fired shots and set ablaze gaming tables at the casino floor. Police say the deaths were due to suffocation from smoke inhalation.

In 1996, he left government to pursue a Masters degree in Public Administration from the Harvard John F. Kennedy School of Government.