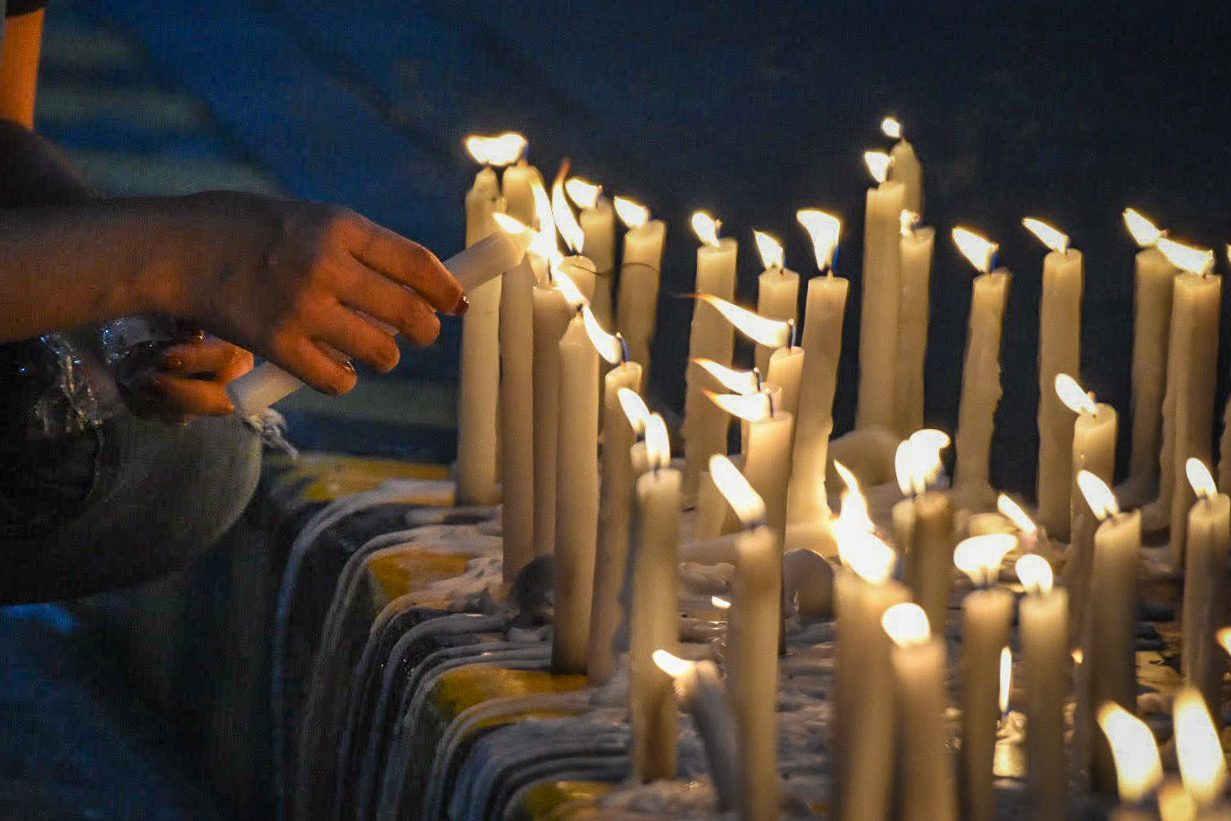 Facebook Twitter Copy URL
Copied
Austin Ala's hopes soared when he heard the news that there were no casualties in the attack, only to find out later that the initial information released by the police was wrong

MANILA, Philippines – Austin Andrew Ala’s sister was busy with her work as a dealer in the Resorts World Manila casino the night a man carrying a baby armalite walked into the building and began a night of terror.

A few hours later, Merylle Gwen would be dead, one of the 13 employees who would perish from suffocation during the Resorts World Manila attack.

She was not able to answer the frantic calls and chat messages from Austin and her other family members. Around 10 pm the following day, Austin would see her corpse, not yet stiff, her face still wet from what he thinks are tears.

(My sister is only 24 years old; a young woman. She is our youngest, the breadwinner. She was so kind. We never thought this would happen.)

Austin is devastated, but also angry. He blames primarily Resorts World for its insufficient security measures and the “lockdown” order that he believed kept his sister and other victims from escaping the room filled with smoke.

How could a man with a large gun and two bottles of gasoline just waltz into the casino? For Austin, the answer is simple: Resorts World is lax in enforcing security measures on the rich. (READ: Families of casino attack victims get no help from Resorts World, funeral parlors)

(What’s hard is, they are so strict with people who are poor but when it comes to the rich, those with cars, they can go in and out easily. There’s no security being done.)

According to police reports, the gunman was able to enter through a parking lot near Traveller’s Hotel after getting down from a taxi.

He was also a long-time guest of the casino, says a Bureau of Fire Protection (BFP) report. He was described as foreign-looking and English-speaking. Police later said he spoke fluent Filipino.

(Like that night, how did it happen? They know people enter through the parking area and exit through the lobby, why did they not put security? That’s what makes us feel bad.)

(They are a big company, a big casino, they earn a lot but their security is just so-so; incompetent.)

Hours after the attack, Resorts World management denied any lapses in its security.

Increasing the Ala family’s suffering was the inaccurate information that flooded the news and social media in the immediate aftermath of the attack, sourced from the police.

“In the news, they spoke saying nobody died, it was all just minor injuries. We felt relieved. But when we went around the hospitals near Resorts World, we didn’t find my sister,” said Austin.

That afternoon, Austin got a call from his brother that dashed all his hopes: Merylle’s name was on the list of casualties.

He also blames the lockdown ordered by Resorts World. In Austin’s view, it sealed Merylle’s fate.

He thinks that due to the lockdown, guests and employees could not escape the smoke engulfing the casino’s second floor. Suffocation from this smoke would eventually be declared the cause of death of all the casualties save for the gunman who reportedly killed himself.

But according to the BFP, it was the zero visibility caused by the thick smoke that trapped the victims. It was too dark for them to know where to go.

Austin was told the sprinklers in the room worked, but they did nothing to reduce the smoke. It takes only around 5 minutes for a person to die of suffocation in this situation, said the BFP.

“Because the sprinkler worked, the fire died but it was the smoke that killed my sister and the other victims,” said Austin in Filipino.

“We want them to explain what happened and to give my sister the benefits, beyond her insurance. I want my sister’s rights to be recognized, not just for me for the other victims and their families,” he said. – Rappler.com