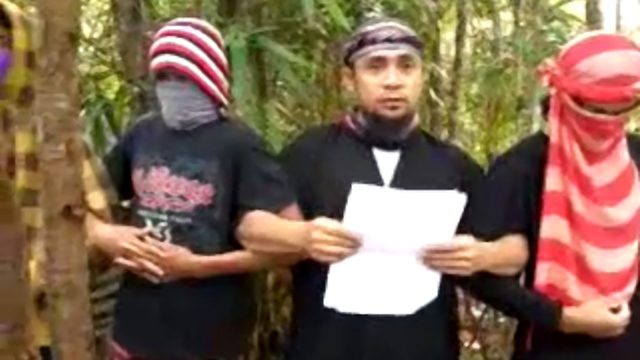 “The President is offering P10 million reward money for the neutralization of Isnilon Hapilon who is believed to be leading the terrorist Maute-ISIS group in attacking Marawi City,” said the press release issued by Año.

Hapilon, a senior leader of the Abu Sayyaf Group, has an outstanding warrant for his arrest for kidnapping with ransom and serious illegal detention. (READ: What ISIS follower Isnilon Hapilon’s transcripts reveal about his childhood)

Año welcomed Duterte’s pronouncement, adding that the AFP hopes the bounties “will bear significant accomplishments leading to the eventual arrest and neutralization of Isnilon Hapilon and the Maute brothers.”

AFP public affairs chief Colonel Edgard Arevalo added: “This reflects the resolve of the administration to get the terrorists dead or alive to finally end the conflict in Marawi City. We are positive that through our President’s latest pronouncement, we will see the same support and assistance that our people and the local government have given us in our previous accomplishments in the Bohol incident.” – Rappler.com