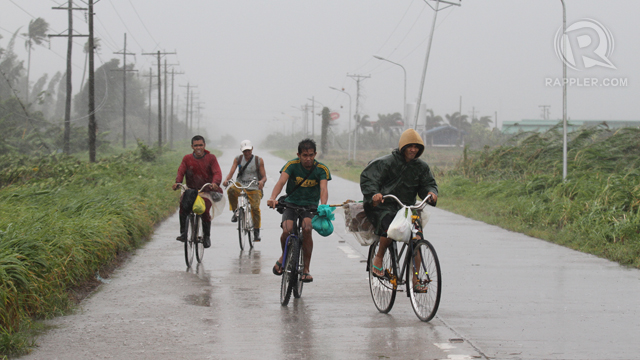 The strongest storm to hit the country this year, Typhoon “Pablo” (international codename: Bhopa) forced more than 50,000 to evacuate, even as it left at least 7 dead. Rescue officials said among those who were killed was an elderly woman crushed by a tree that fell on her house. No details on how the others who died were made available. Pablo made landfall on early Tuesday, December 4, over Banganga in Davao Oriental. Carrying maximum sustained winds of 175 km/h and gusts of up to 210 km/h, the super typhoon caused public storm signal No. 3 to be raised in parts of the Visayas and Mindanao. Civil defense chief Benito Ramos said the storm altered its course and was expected to hit Bohol, Negros and Cebu, popular tourist destinations. On Monday evening, before Pablo’s landfall, President Benigno Aquino III led the call to prepare for the super typhoon and urged affected residents to evacuate as soon as possible.