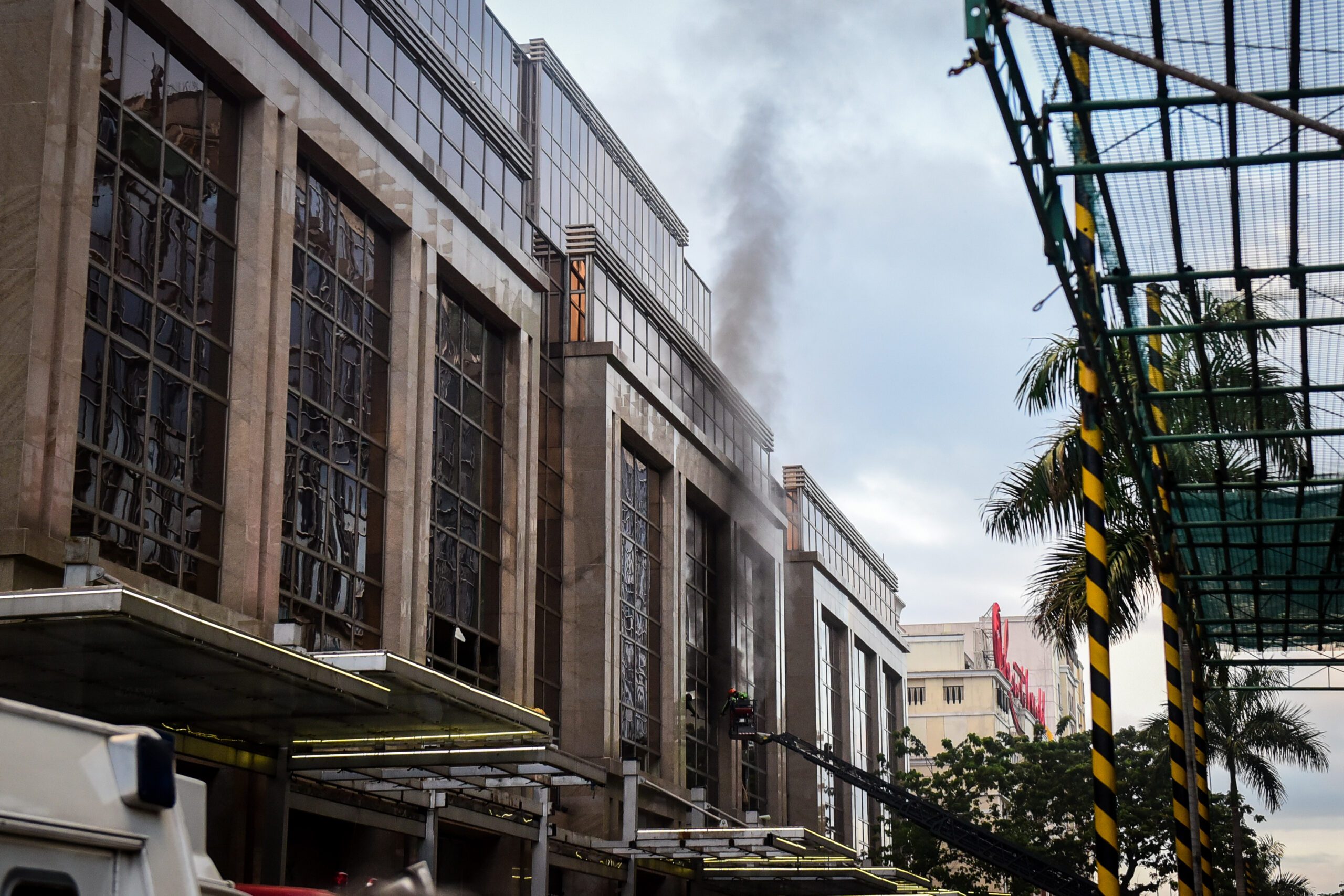 Facebook Twitter Copy URL
Copied
After inspecting the site, the Majority Floor Leader says it is likely the casino complex will face lawsuits over security lapses and fire safety violations

MANILA, Philippines – These are the things that invite lawsuits.

A visibly emotional Majority Floor Leader Rodolfo Fariñas on Wednesday, June 7, berated executives of Resorts World Manila after inspecting the site in the aftermath a robbery attempt gone awry that resulted in the death of 37, mostly from suffocation.

“We lost people here. I went to see where the wife of my colleague died. In the bathroom. 18 [died] in the bathroom,” said Fariñas at a House hearing on the June 2 attack on the casino and entertainment complex.

“How about in the private room where they were just 2 meters from the exit door?” he added, referring to the people who died because of suffocation from fires started by the gunman.

In the early hours of June 2, a lone gunman – later identified to be a former finance department employee who was in debt – entered the Resorts World Manila complex toting an assault rifle and 3 liters of gasoline.

Jesse Carlos, whom police identified as the gunman, stole more than P100 million worth of casino chips, attempted to run away from area security and police, before burning and killing himself at the attached hotel.

Among those who died was the wife of a Pampanga congressman.

While the gunman had entered the complex just past midnight, it was initially reported that there were no casualties from the attack. By 8 am, the Bureau of Fire Protection and the Philippine National Police (PNP) announced that it had seen more than 30 bodies on the 2nd floor of the complex.

The victims had apparently been trapped inside the rest room and inside a saloon, which Fariñas described as a “box” without windows.

Fariñas and several other legislators inspected the area late Wednesday, even as the hearing was ongoing at the nearby NAIA terminal 3.

He ended his round of questions by warning Resorts World Manila management that they likely face lawsuits for their apparently failure in security and safety measures. – Rappler.com