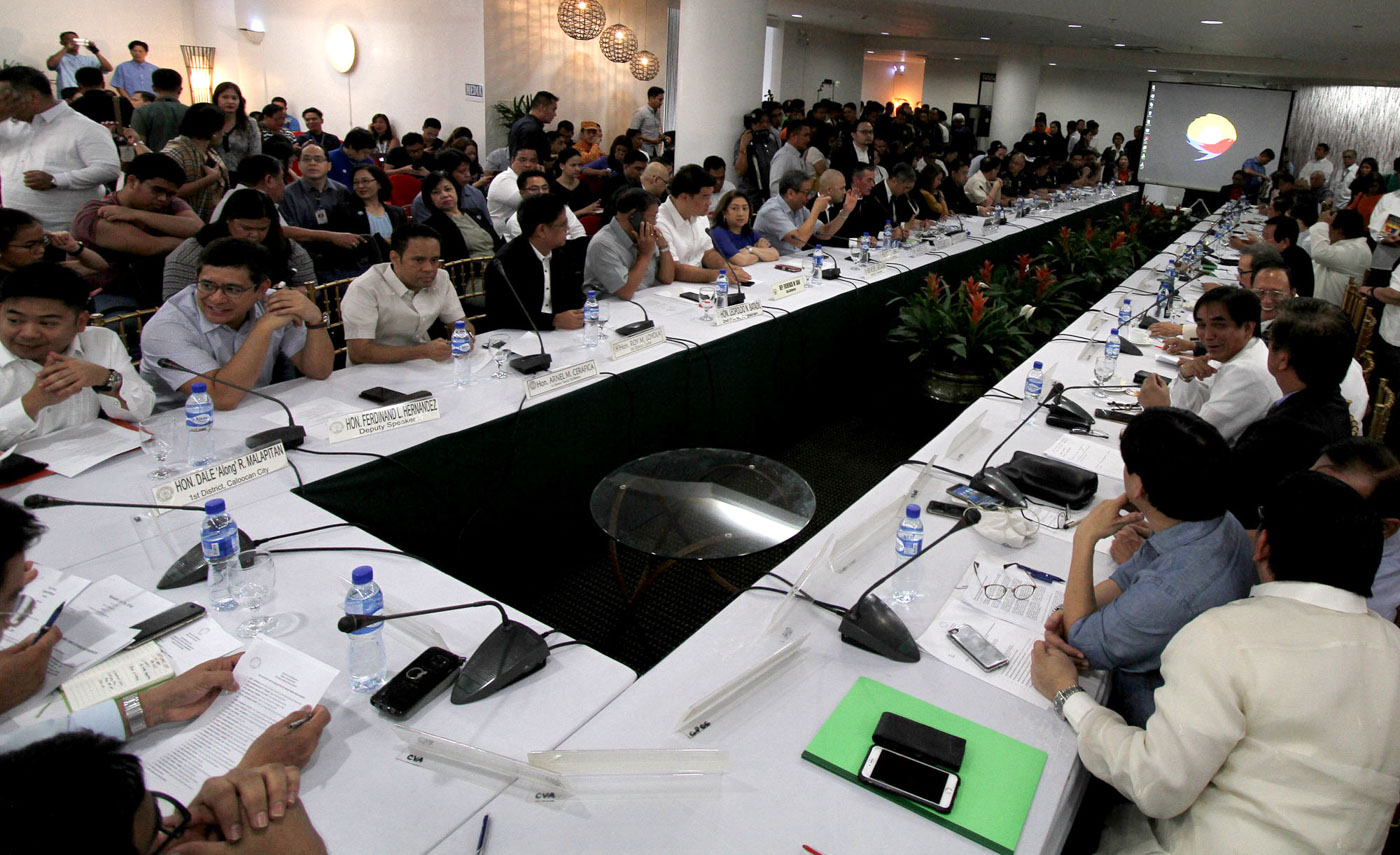 The House committees of games and amusement, public order and safety, and tourism conducted the investigation on Wednesday, June 7,  at the Ninoy Aquino International Airport Terminal 3, just across the street from Resorts World.

Lawmakers held the hearing at NAIA 3 as some of them inspected the crime scene. (READ: Resorts World attack: 4 questions that beg for an answer)

The following questions were thrown, and answered, during the hearing:

Pampanga 3rd District Representative Aurelio Gonzales Jr, who lost wife Elizabeth Panlilio-Gonzales in the Resorts World attack, did not attend the hearing but he posed a question that everybody wanted answered.

While responding to the question, Resorts World chief operating officer Stephen Reilly admitted lapses in their security during the incident, contradicting his own statement a week ago.

“When we played the first videos, I pointed out there should have been security personnel posted on certain points and they were not present. We admit openly there were some lapses in security,” said Reilly.

Sian said the victims did not leave the rooms where they were later found dead because they were afraid to be caught in the gunfire between the gunman and the hotel security. During the attack, the impression was that the gunman had accomplices, which both Resorts World security and the police denied. 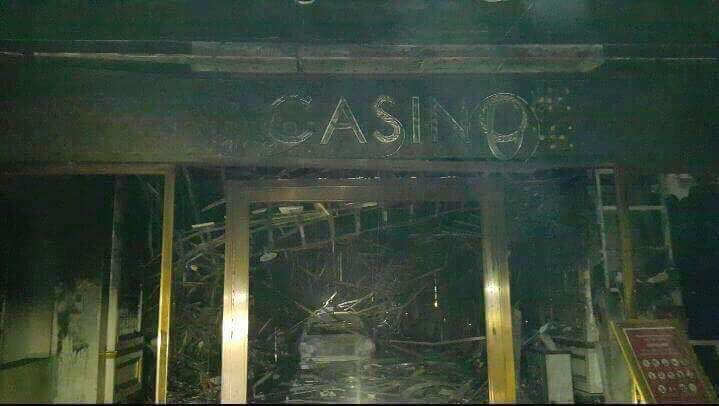 “It’s very unfortunate that there were fatalities….What complicated the matter was not the fire, but the gunfire which struck fear [in the people]. It’s usually the normal reaction from people that whenever there’s a fire, they run away from it. In this case, they didn’t leave the rooms because of fear,” the Resorts World president said.

He explained the gunman had also left behind a bag of bullets to supposedly give the impression that he had accomplices.

“In fact, we showed you that bag of bullets on the table beside the room where a lot of people perished to give the impression there were many gunmen. Even while the gunman was away from the area, the bullets were firing by themselves,” he said in Filipino.

According to Majority Floor Leader Rodolfo Fariñas, Gonzales’ wife died in a bathroom with 17 other people. (READ: Resorts World fire victims ‘2 meters away’ from exit – Fariñas)

Fariñas become emotional while interpellating Resorts World chief security officer Armeen Gomez after inspecting the hotel-casino, and even threatened him with a lawsuit.

“You did not take things under control. You’re facing a tough lawsuit here,” said Fariñas, a lawyer.

There was a breakdown in security and communications during the Resorts World attack.

The hotel-casino was equipped with thousands of CCTV cameras, which could have helped authorities monitor the gunman’s location. But lawmakers found out the surveillance room was vacated by hotel security just a few minutes after the attack and moved elsewhere.

A lone police officer ended up viewing the feed from this surveillance room, but he was naturally unaware of the precise location of the areas he was viewing on camera.

Gomez explained that hotel security personnel transferred to their secondary CCTV room at the Remington Hotel, but management failed to tell this to the police, and the latter did not ask them either. 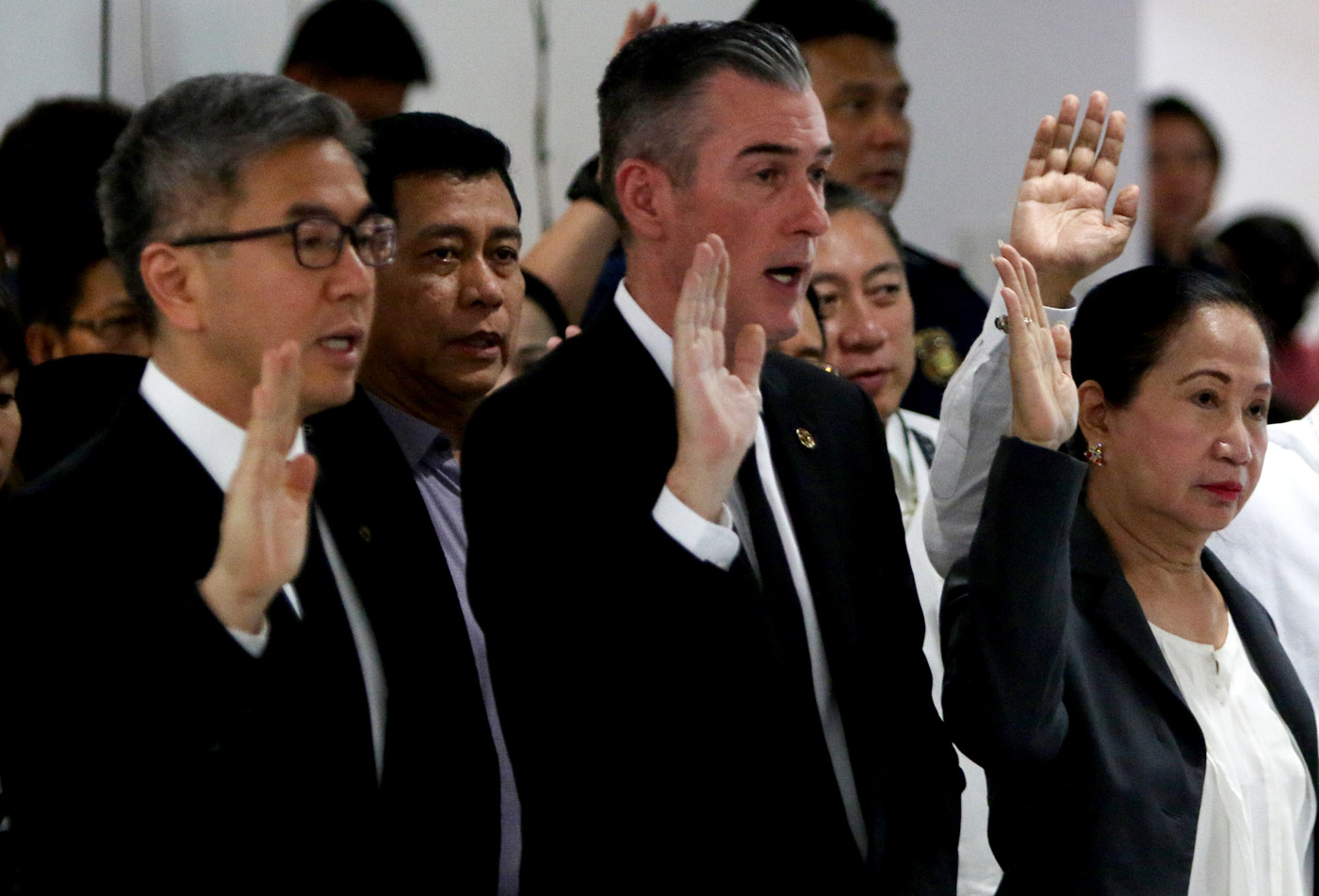 “No one was manning the control room and they just relied on the one in Remington Hotel, the back-up cameras. That can’t be because you’re supposed to be the eyes and ears. And yet they were the ones who disappeared,” Tambunting said in Filipino.

“So the police officer goes in, monitors everybody, he can see the gunman but he doesn’t know which part of the building the gunman was,” he added.

Resorts World management also showed lawmakers a CCTV video feed of the gunman putting on his mask in one of the elevators. The legislators said the hotel-casino’s security should have apprehended him there and then.

CCTV video also showed there were no guards in certain places that Carlos passed inside Resorts World, a violation of a recent advisory of the Philippine Amusement and Gaming Corporation (Pagcor) for its licensees to increase their security measures.

Still, Resorts World did manage to activate 24 members of its emergency protocol team which helped evacuate 12,100 guests and employees. The team is composed of 7 people for fire safety, 8 for emergency medical services, and 9 security personnel.

Sian said the building had 13 fire exits on the second floor. Nine of these exits were on the casino floor, where Carlos set gambling tables on fire.

Resorts World CCTV footage also showed its sprinkers worked as soon as Carlos set the casino tables on fire. But the Bureau of Fire Protection already said these were not enough to save the victims, who died of suffocation.

What new legislation is being drafted following the attack?

The House probe is in aid of legislation, which means lawmakers are expected to amend or propose a new law after the hearings.

Speaker Pantaleon Alvarez had ordered other House leaders to draft a bill clipping the powers of Pagcor. He and other lawmakers want Congress, and not Pagcor, to grant licenses to casinos. 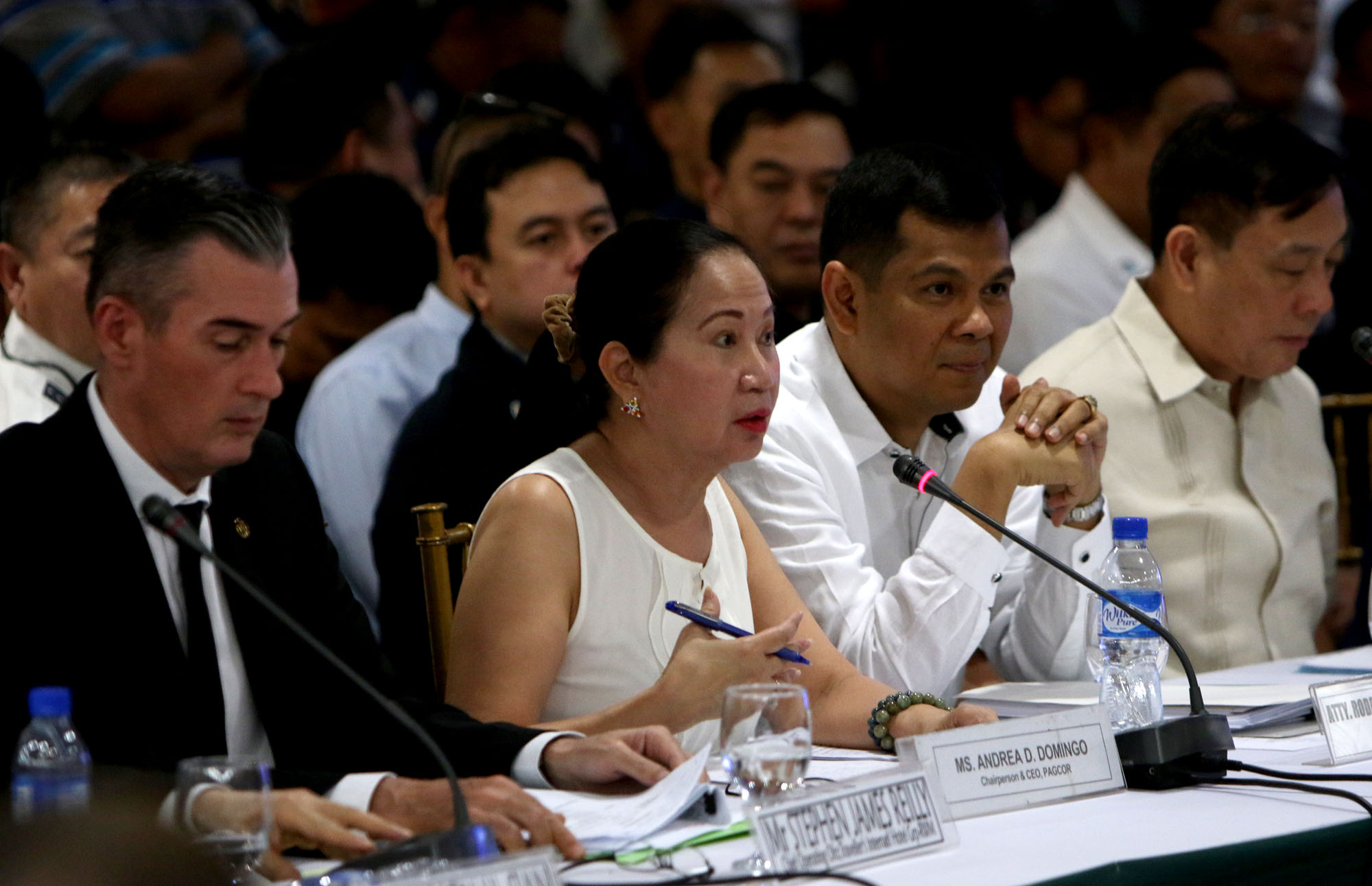 “You know gambling is prohibited in the country, but by a presidential decree, the power was delegated…to Pagcor to have the sole authority to authorize, license, regulate gambling. That should not be allowed. That should only be a congressional grant of franchise,” said Fariñas.

Alvarez is also exploring the possibility of having Resorts World’s franchise revoked. Pagcor chair Andrea Domingo said they are still checking the hotel-casino’s other possible violations because of the incident and will submit a full report by Friday, June 9. – Rappler.com