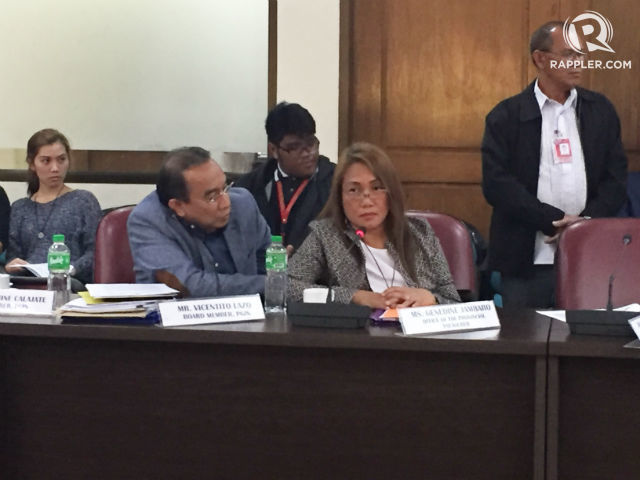 MANILA, Philippines – The House of Representatives is defying a Court of Appeals (CA) ruling ordering the release of 6 Ilocos Norte officials who were detained for being uncooperative in a committee hearing.

As of Saturday, June 10, the following Ilocos Norte officials are still detained at the House Legislative Building even if the CA already ordered their provisional release the day before, Friday, June 9:

The 6 officials were detained since Monday, May 29 by the House committee on good government and public accountability during its probe into the alleged misuse of P66.45 million in tobacco funds to buy motor vehicles.

The 6 Ilocos Norte officials each had the same line. They said they cannot remember the purchases anymore given the many transactions they have processed. They refused to comment on the documents and asked the committee to show them the original copies.

This then prompted Fariñas to cite the officials in contempt and have them detained by House Sergeant-at-Arms Roland Detabali.

The Ilocos Norte officials, through their legal counsels and Ilocos Norte Governor Imee Marcos, then sought for the CA to issue them a writ of habeas corpus.

The lawyers reasoned their clients did not categorically said they are refusing to answer the lawmakers’ questions, but merely requested for the original copies so they can properly verify.

The CA granted their request for provisional release on Friday, June 9, with a bail of P30,000 each.

But Fariñas said they already questioned the CA’s powers over the authority of congressional committees to cite resource persons in contempt.

“It’s a pending case in court, and we will address the issues properly in court. Having said that, the Office of the Solicitor General that is representing the Sergeant At Arms of the HOR, retired Lt Gen Roland Detabali, has questioned the jurisdiction of the Court of Appeals over the contempt powers of Congress,” said Fariñas.

But Fariñas initiated the House investigation after obtaining checks for cash advances amounting to P66,450,000 in tobacco funds that were used by the Ilocos Norte provincial government to buy the following motor vehicles:

But in a letter sent to the committee, Marcos maintained there was no irregularity in Ilocos Norte’s use of its tobacco funds.

The House committee on good government and public accountability has already issued a subpoena against Marcos to appear in the next hearing in July. – Rappler.com