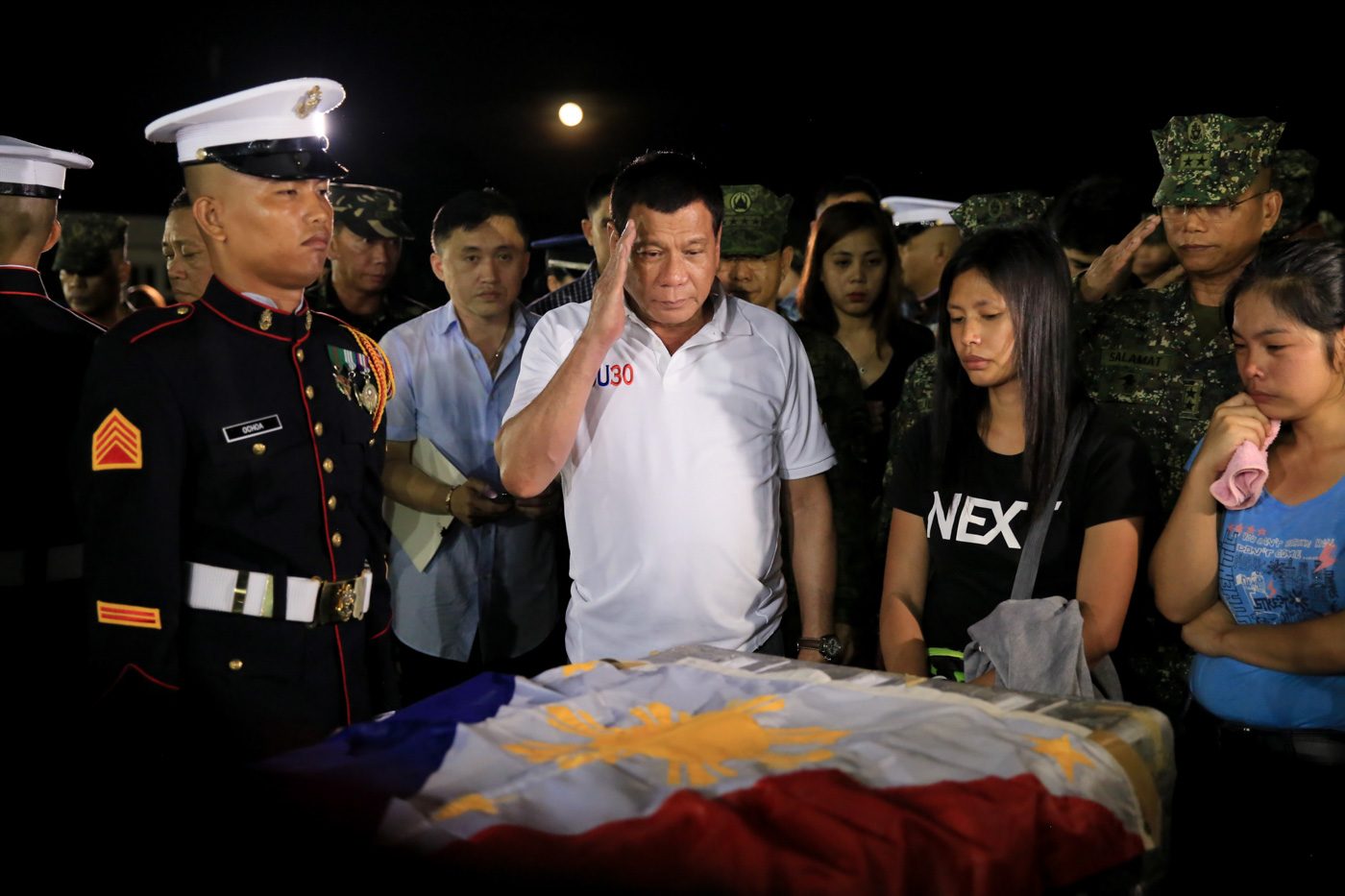 Facebook Twitter Copy URL
Copied
In an arrival ceremony for the remains of the fallen Marines, President Rodrigo Duterte expresses condolences to their grieving families

MANILA, Philippines – President Rodrigo Duterte honored several of the Philippine Marines killed in clashes with terrorists in Marawi City, as their remains arrived at the Villamor Air Base in Pasay City on Sunday, June 11.

The bodies of 8 of the 13 Marines killed last Friday, June 9, were received by their families and the President.

Malacañang said the fallen Marines brought to the Villamor Air Base were the following:

Duterte expressed his condolences to the families of the fallen Marines.

Below are photos from the emotional arrival ceremony, released by Malacañang. Before attending the arrival ceremony, Duterte visited wounded soldiers in Cagayan de Oro City. He pinned medals on them and gave them P110,000 each, as well as mobile phones and pistols.

The Armed Forces of the Philippines (AFP) said on Sunday that 58 government forces have died since clashes with local terrorists erupted in Marawi City on May 23.

The clashes in Marawi City had prompted Duterte to declare martial law in the entire Mindanao.

“The many soldiers, airmen, sailors, and marines in the frontlines for freedom, peace, and greater good for the nation and its citizens will not falter in their resolve,” said the AFP.

“We urge our people to pray for eternal rest for our fallen heroes and those of innocent civilians killed by this group of terrorists, and for the comfort and solace of their bereaved families.” – Rappler.com