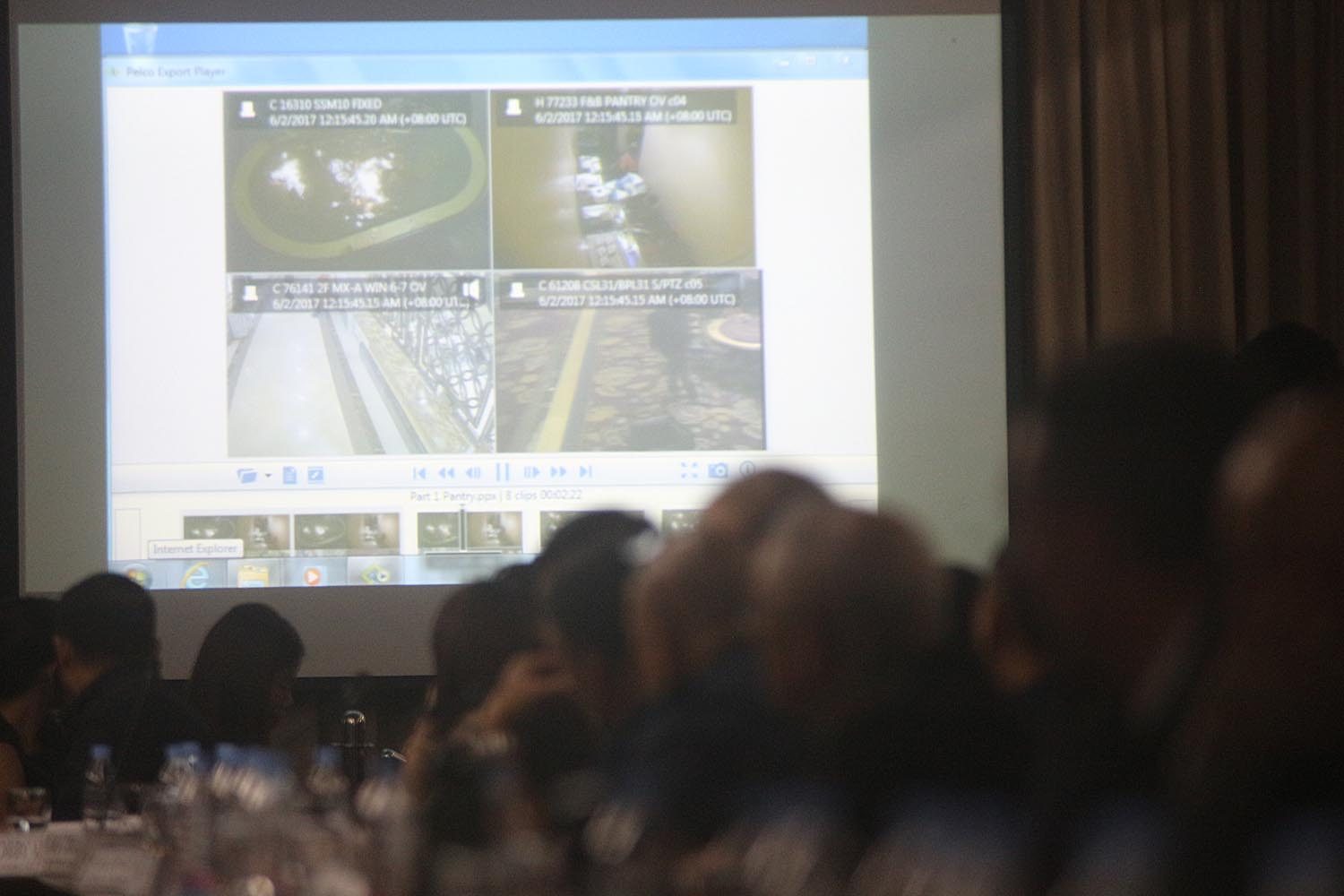 On June 2, Carlos breached the hotel-casino’s security, fired gunshots, and set casino tables on fire, leading to the deaths of 37 victims, including the wife of Pampanga 3rd District Representative Aurelio Gonzales Jr.

Police said Carlos later committed suicide by setting himself on fire in a hotel room. They identified him as a former government tax specialist deep in debt due to gambling.

During the hearing on Wednesday, Sian used the new CCTV footage to reiterate how Carlos made the victims believe he had accomplices by placing a bag of bullets on top of one of the burning casino tables.

The video showed how the bullets began exploding on their own due to the heat, with Sian estimating a total of 300 rounds of gunfire.

“We highlighted this footage with the audio to dramatize the fear that was instilled among the people who were hiding,” said Sian.

The Resorts World Manila president previously told lawmakers the victims died of suffocation because they chose to stay inside the two rooms where they were later found, afraid of being caught in the gunfire.

Majority Leader Rodolfo Fariñas also inspected the crime scene during the first hearing, where he discovered several victims died in a room that was only two meters away from a fire escape.

The 3 House committees agreed to issue a subpoena for David Chua to appear in the next hearing. He is the chairman of Travellers International Hotel Group Incorporated, which owns and operates Resorts World Manila.

Sian explained that Chua, a resident of Hong Kong, already left the Philippines on June 11 before receiving the House committees’ invitation to appear before lawmakers.

The hotel security then transferred to their back-up CCTV room at the adjacent Remington Hotel.

“The CCTV rooms in Remington were manned 24/7,” said Reilly.

But top police officials present said they were only informed about the existence of the back-up surveillance room hours after the attack. (READ: Resorts World Manila COO admits ‘lapses in security’ during attack)

“As we were checking room by room [inside Resorts World], we chanced upon a CCTV room. Walang tao (There was no one there),” said Pasay City police chief Senior Superintendent Dionisio Bartolome Jr.

Philippine National Police chief Director General Ronald dela Rosa added Resorts World security chief Armeen Gomez only informed him about the Remington CCTV room 45 minutes after he arrived on the scene at around 2:20 am.

“Later on, around 45 minutes [later], he offered me the Remington CCTV monitoring room. That’s why we were able to review [what happened] from start of the incident,” said Dela Rosa. – Rappler.com