Alleged Maute sister, 2 others brought back to CDO after Iloilo arrest 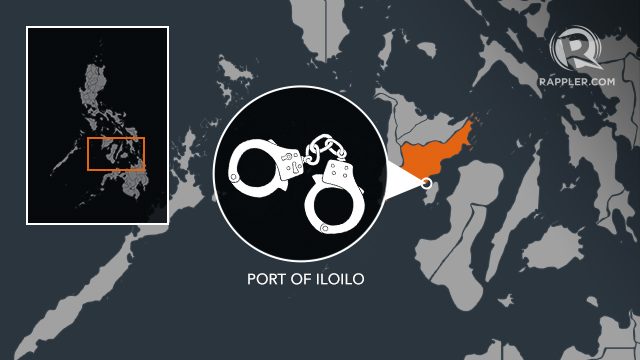 MANILA, Philippines – A woman suspected to be a sister of the Maute brothers, founders of a local terror group, was flown back to Cagayan de Oro City along with two other suspects on Monday, June 19, after being arrested the previous day.

The alleged Maute sister was on board the MV St. Therese of the Child Jesus along with two companions near the Iloilo port on Sunday, June 18, when she was arrested.

The Philippine Coast Guard (PCG) intercepted the ship before it was able to dock at the Iloilo port.

Prior to the arrest, the Coast Guard District Northern Mindanao (CGDNM) and National Intelligence Coordinating Agency (NICA) Region 10 tracked down the suspects in Barangay Macabalan near the Cagayan de Oro City port on Saturday, June 17.

Believing that the suspects were on board the last ship departing from Cagayan de Oro City bound for Iloilo City, CGDNM searched the vessel to no avail.

But the vessel remained under the authorities’ watch until it docked at the Iloilo port.

During the hot pursuit, the Philippine Ports Authority (PPA) in Cagayan de Oro City reviewed security camera footage from the port. They confirmed that the suspects passed through the X-ray machine of the port around 10:35 pm on Saturday.

The ship was ordered to delay its arrival at the Iloilo port until given a signal in order to corner the suspects.

After the arrest, the suspects were initially brought to Coast Guard Station Iloilo for further investigation and turnover. They were then flown back to Cagayan de Oro City early Monday.

The Maute Group, alongside the Abu Sayyaf Group, attempted to take over Marawi City on May 23 after a military raid targeting Abu Sayyaf leader Isnilon Hapilon. The two groups earlier pledged allegiance to the international terror group Islamic State (ISIS).

Several members of the Maute clan and their supporters have been arrested by government forces since clashes began. The Maute patriarch and matriarch, key personalities in the terror group, were arrested at separate checkpoints in Mindanao. They have since been transferred to Camp Bagong Diwa in Taguig City.