There is no Planet B

Dec 6, 2012 7:36 AM PHT
Anna Oposa
Facebook Twitter Copy URL
Copied
Over 17,000 representatives from 192 countries are at the 18th Conference of Parties with the same objective: to come up with a legally binding agreement as a response to climate change. 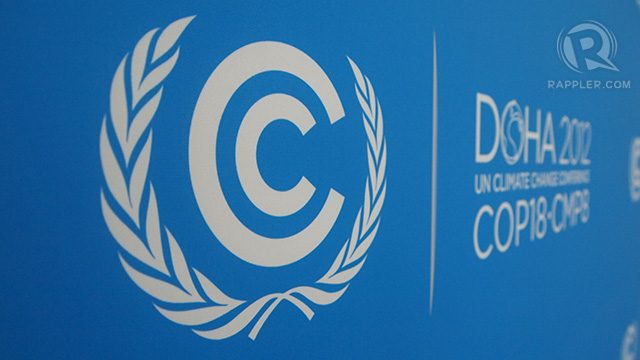 DOHA, Qatar – As the rains and winds continue to batter parts of the Philippines, the heat rises at United Nations Framework Convention on Climate Change (UNFCCC) being held here.

Over 17,000 representatives from 192 countries are at the 18th Conference of Parties (COP) with the same objective: to come up with a legally binding agreement as a response to climate change.

Ideally, the over-consuming countries we call “developed,” such as America, should finance mitigation and adaptation efforts of low consuming or “developing” countries like the Philippines. The Philippines only accounts for less than 1% of the world’s carbon emissions, and yet we are feeling the brunt of the impacts. Typhoon Pablo is already the 16th extreme weather event of 2012.

On December 3, before “Pablo” entered the Philippines, representatives from these over-consuming nations led by the US and Japan attempted to sidestep financial commitments they made in earlier COPs.

Bernarditas Mueller, a senior negotiator of the Philippines, gave the plenary a striking image to stress the state of emergency that humanity is in.

“[As] I speak, my country is once again expecting a category four typhoon that is expected to be worse than the worst that we have had so far,” declared Mueller. “We should be starting our Christmas celebrations, our midnight masses. Instead, we might be starting to count our dead.”

As of Thursday, December 6, Typhoon Pablo has caused the evacuation of at least 80,000 Filipinos and over 300 deaths.

Over 133 countries and the youth delegations supported the Philippines’ statement. Bringing the topic of finance back to the negotiations signalled a victory, though possibly temporary, for all developing countries and future generations.

As a former delegate to the UNFCCC, I understand and appreciate the top-down approach to climate change issues. Laws will compel businesses to reduce their carbon emissions and governments to put mitigation and/or adaptation measures in place.

However, I’m not pinning my hopes on the annual multilateral negotiations. Getting the members of the COP to agree on a shared vision has become extremely difficult, frustrating, and almost impossible, due to the irreconcilable national interests of each country.

As one of youth statements shirts I donned in COP16 declared, “You have been negotiating all my life. Don’t tell me you need more time.”

We can’t bargain with numbers. Science tells us that we need to keep the world’s temperature from rising more than 2 degrees Celsius to ensure survival. At a 2-degree rise, there will be even more destructive extreme weather events, as if Typhoon Pablo and Hurricane Sandy were not enough of a preview.

At the rate the world is consuming its resources, scientists estimate a 4- to 6-degree rise by 2060. I will be 72 years old then, if I survive the disasters.

A UN report states that the Philippines is third in the world for vulnerability and climate risk. We are looking at a future of drought, freshwater shortage, food insecurity, and sea level rise.

The images of what could happen make me wish there was another planet to move to. Unfortunately, there is no Planet B.

If the Philippines is a breeding ground of problems, it can also lead in finding solutions. We need not look far to see stellar examples of climate change adaptation and mitigation.

The responsibility to adapt to climate change also lies in our everyday choices. We can demand more from the government and private institutions, but we, as individuals, also need to commit more.

We help ourselves and the country by turning off the tap when not in use, practicing Earth Hour (e.g., turning off the lights in the workplace for one whole hour) everyday, carpooling to class, and bringing reusable bags to the grocery.

In the 2010 negotiations that I was part of, the Climate Change Commission’s Vice-Chair, Secretary Mary Ann Lucille Sering, said, “I choose my own battles and the battle is where the heart is—home.”

The Philippines is where the battle is. Within this hotspot are hope spots. We may be in a state of crisis, but we can choose to see crisis as an opportunity. – Rappler.com

(Anna Oposa represented the Filipino youth in the 2010 UNFCCC in Cancun, Mexico. After graduating college, she co-founded Save Philippine Seas, a movement to protect the country’s marine resources.) 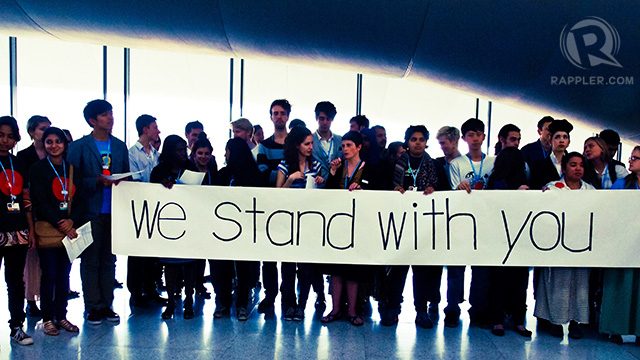