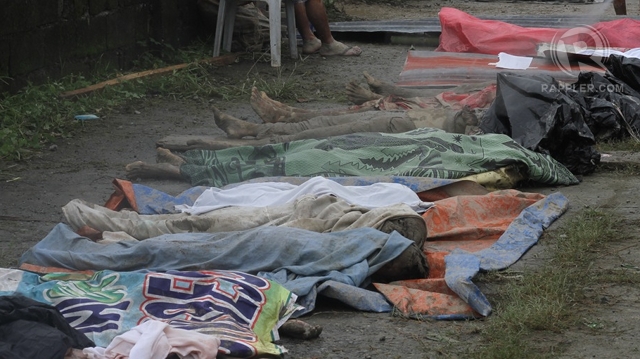 Typhoon Pablo (international name Bopha), the strongest of 2012, has weakened and is on its way out of the Philippines, but it leaves behind a trail of devastation and destruction.  At least 325 people are dead with hundreds missing.  The National Disaster Risk Reduction Management Council says it expects that number to rise.  More than 177,000 are still in evacuation centers.  The UN says the casualties are significantly lower than in the past because of an effective early warning system, but Philippine President Benigno Aquino said, “Any casualty is a cause for distress.”


Read more about Pablo’s impact, the photos and the early warning system which saved lives—all on Rappler.