Duterte: Don’t hesitate to kill just because civilians are there

Jun 29, 2017 12:25 AM PHT
Paterno Esmaquel II
Facebook Twitter Copy URL
Copied
'It is the duty of the civilians to flee or seek cover,' President Rodrigo Duterte says as the crisis in Marawi City rages 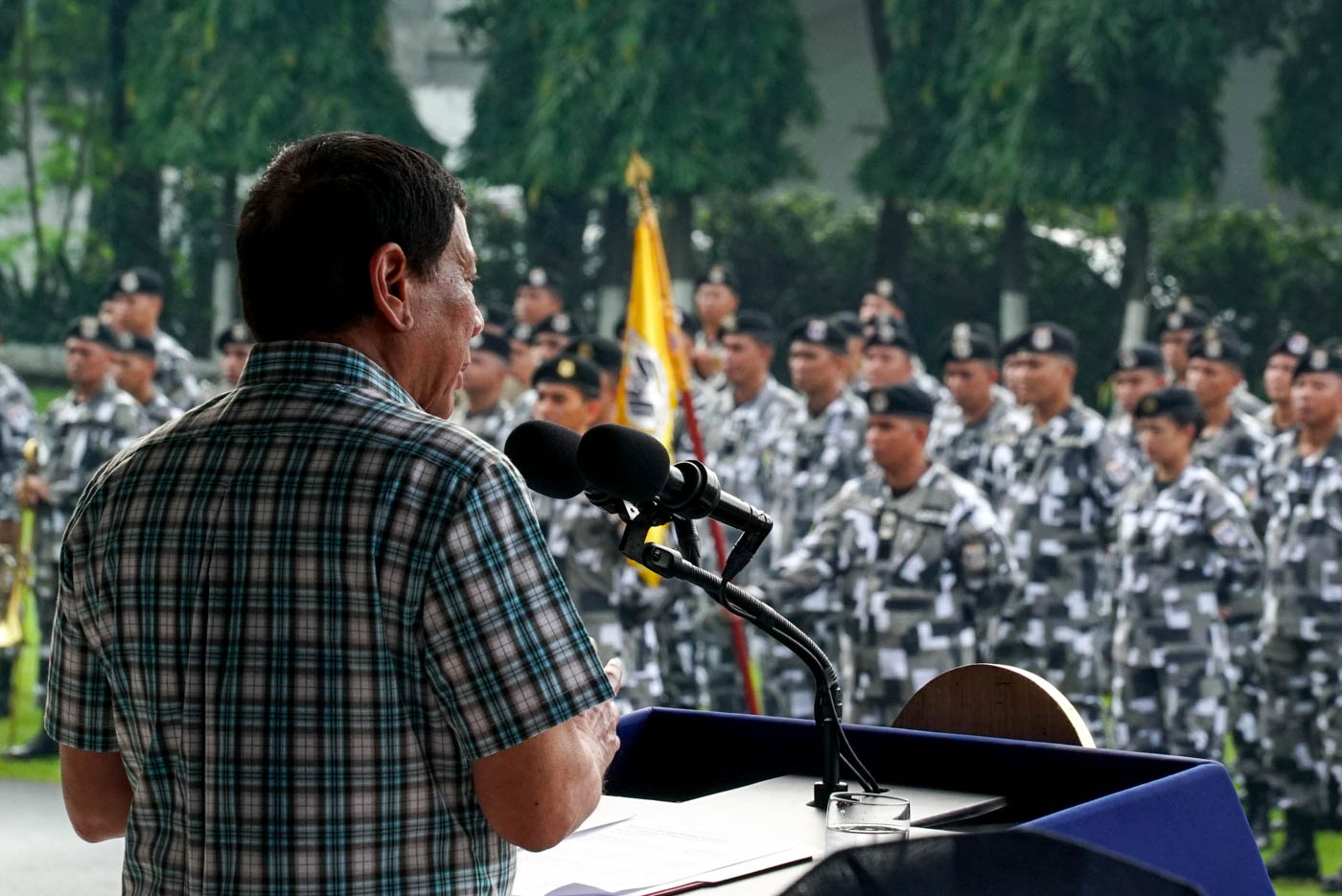 MANILA, Philippines – President Rodrigo Duterte told the military on Wednesday, June 28, that civilian presence should not deter them from killing outlaws, as he vowed to protect soldiers who follow orders.

“Do not hesitate to kill just because there are civilians there. It is the duty of the civilians to flee or seek cover,” Duterte said at the 120th anniversary of the Presidential Security Group (PSG) on Wednesday.

Duterte made these remarks as month-long clashes rage between government troops and local terrorists in Marawi City. The Marawi crisis had prompted Duterte to declare martial law in the southern Philippines.

In his speech on Wednesday, Duterte assured his troops that as long as they follow orders, “I will see you through and assure you, you will be a free man.”

He pointed out that members of the Armed Forces of the Philippines (AFP), and he himself, swore to “preserve and defend the Filipino people.”

“That is the long and short of our duty. Wala na ‘yang papel, papel (I don’t care about those papers),” he said. “Do not give me that piece of paper. It doesn’t mean anything to me at all.” – Rappler.com