Jul 11, 2017 7:14 PM PHT
Pia Ranada
Facebook Twitter Copy URL
Copied
Duterte is the first Philippine president in recent history to attend the anniversary of the listing of a company at the Philippine Stock Exchange 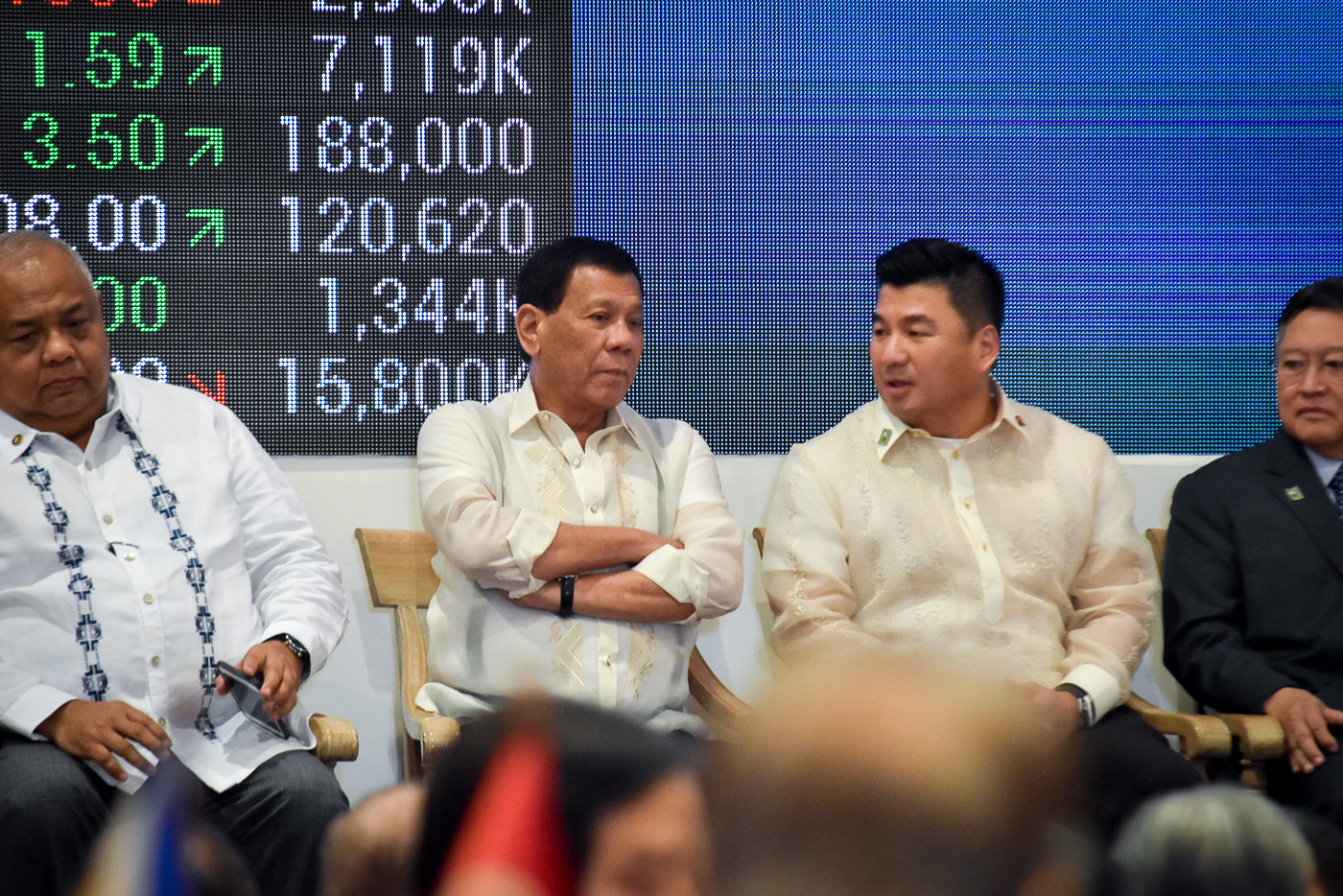 MANILA, Philippines – President Rodrigo Duterte stepped into the Philippine Stock Exchange (PSE) for the first time in his presidency, all for his friend and top campaign donor Dennis Uy.

All smartphones were turned towards the PSE trading hall entrance as Duterte arrived. He strode in past 4:30 pm by which time traders and businessmen had been waiting for him for more than an hour.

Because he was late, he missed the 3:30 pm bell-ringing to close the stock market.

After the speeches, Duterte was given the chance to ring the PSE bell even after the stock market had closed.

The President appeared hesitant on his first try but apparently got the hang of it since he began ringing it more times than necessary, to the amusement of traders and businessmen.

On stage, Duterte sat beside Dennis Uy, the Davaoeño CEO of Phoenix Petroleum. It was a moment of pride for the baby-faced businessman, the first in recent memory to have convinced no less than the President to attend the anniversary of his company’s initial public offering. 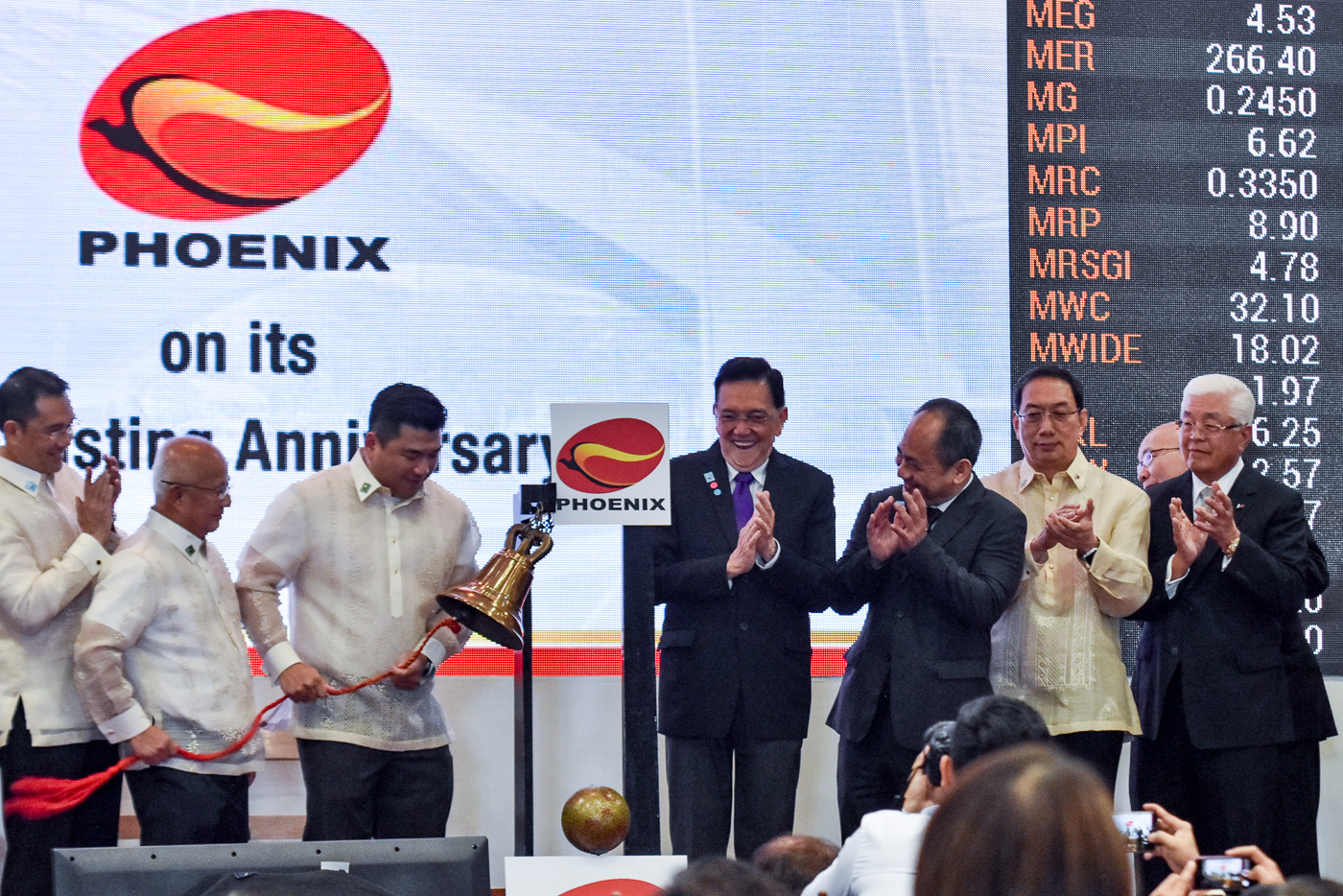 The feeling of being out of place in a room full of businessmen and traders was obviously top of mind for Duterte. He opened his speech by recalling how, as a presidential candidate, he had disappointed Makati Business Club members in a forum where he had been asked to discuss his economic platform.

Calling such fora a meeting of “illustrious idiots,” Duterte advised the group’s leaders, “Alam mo, kung niyaya mo ako (You know, if you invited me), do not comment.”

After his snide remarks, Duterte spoke of his history with Uy, whose family began as copra traders in Davao City.

Uy supposedly gave his assurances that everything in his company was “aboveboard.”

Duterte then said he called up the Bureau of Customs to warn them not to harass Uy.

(I called Customs, I said, “The Davao companies which are small-time, this one is just starting, don’t – or else I’ll curse you all. I’ll go to Manila, I’ll go to your office, I’ll bullshit you in front of the public.)

Eventually, Duterte told them to file a case against Uy but not to ask him for money.

“In the fullness of God’s time, it was decided in his (Uy’s) favor,” said Duterte, concluding his story.

Uy ended up donating P30 million for Duterte’s presidential campaign in 2016. Duterte has shown appreciation for the gesture by appointing him Presidential Adviser on Sports. In this capacity, Uy has joined some of Duterte’s official foreign trips.

Uy, in his speech, thanked Duterte for helping Davao businessmen like him.

“He encouraged entrepreneurs by making it easy to do business by removing the bureaucracy. This is how we were able to build stations in less than 3 months compared to over 6 months in other parts of the country,” said the CEO. 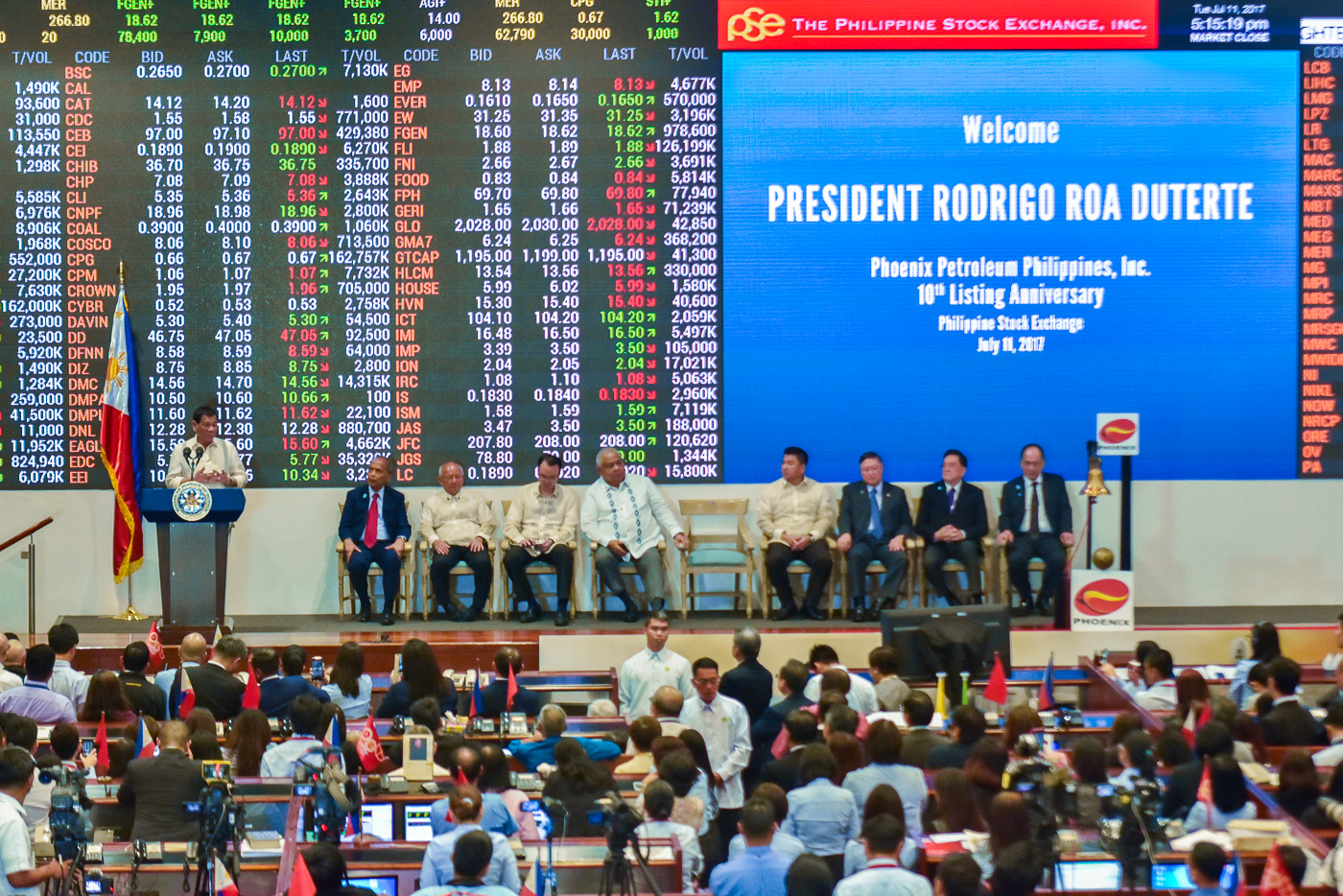 Today, from an oil company that started with one gas station in Davao City, Phoenix Petroleum now has over 500 gas stations nationwide.

From a less than 1% market share in the competitive oil industry in 2007, the company now has almost 6% of market share and is close to being the industry’s 3rd top player.

“Our story is a testament that businesses in the province can compete well on the national stage,” said Uy. – Rappler.com