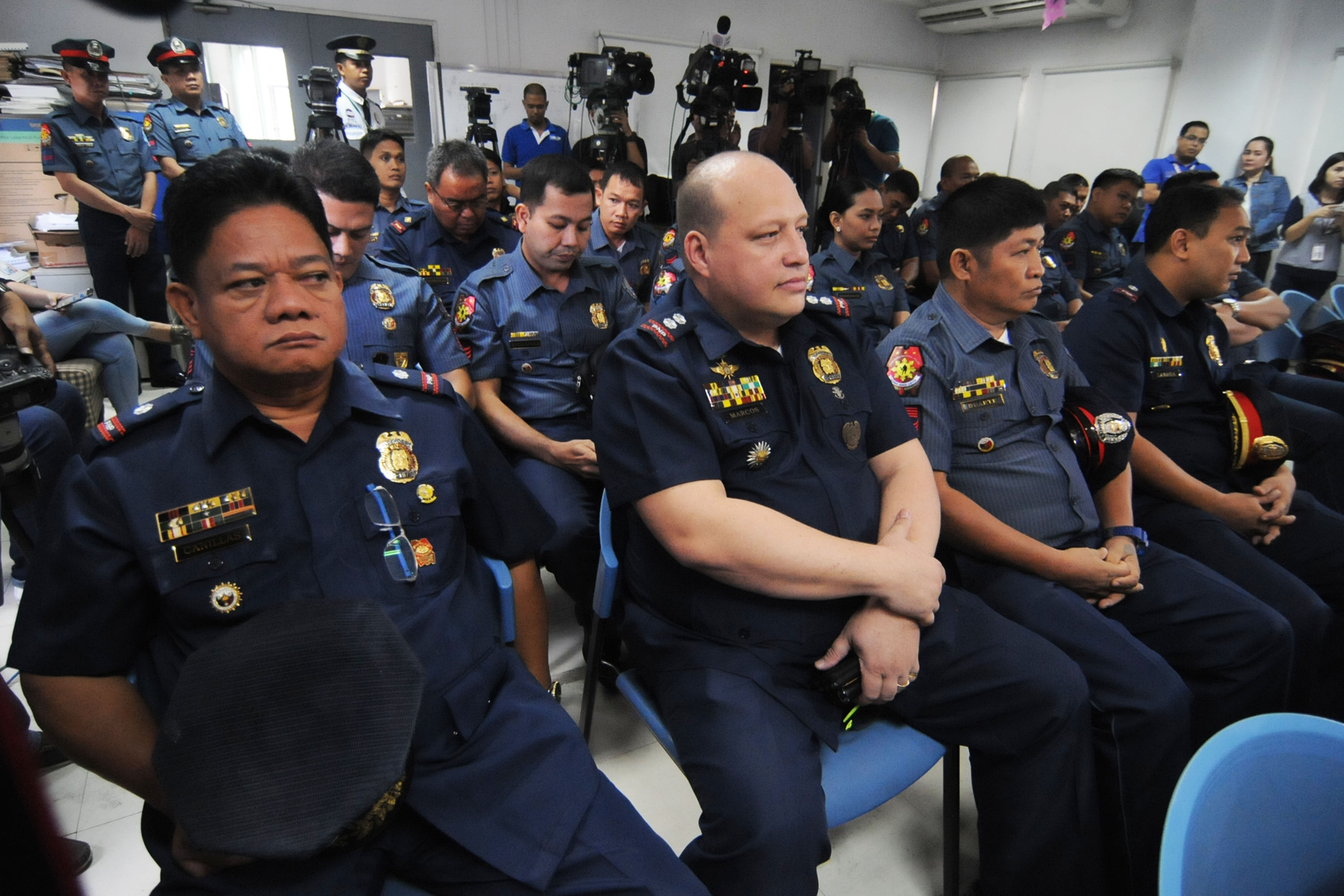 MANILA, Philippines – President Rodrigo Duterte said on Wednesday, July 12, that he has ordered the reinstatement of Superintendent Marvin Marcos, the police officer who led the team implicated in the killing of Albuera Mayor Rolando Espinosa Sr in his Leyte jail cell last year.

Duterte made the statement in his keynote speech at the 26th anniversary of the Bureau of Jail Management and Penology (BJMP) on Wednesday, where he again defended the Criminal Investigation and Detection Group (CIDG) Region 8 team led by Marcos that raided Espinosa’s jail cell on November 5 last year.

(Marcos was suspended.The suspension has ended. I said, reinstate him, he wasn’t there anyway. That man wasn’t part of the raiding team.)

Marcos told the Senate panel that probed the incident last November that he was outside the Leyte cell when the search warrant was served on the detained mayor.

Philippine National Police chief Director General Ronald dela Rosa told reporters in a chance interview that he would carry out the President’s orders.

Dela Rosa added that anyway, “it would be a waste” not to let Marcos work since he is getting paid.

The PNP chief said Marcos will go back to the CIDG, and his next assignment would be up to his superiors.

Slamming critics of his war against drugs, Duterte said at the BJMP event that the “presumption of innocence” should also be applied to government forces.

“Sabi nila may kaso, and so? ‘Yung criminal, putangina, sabihin mo presumption of innocence eh ano gobyerno. Why is it that the stupid rationale is there?” Duterte said.

(They said he has a pending case. And so? They say that there should be presumption of innocence for criminals, son of a bitch. How about for the government? Why is there a stupid rationale?)

The Department of Justice initially charged Marcos and 18 others in his team with murder, but later downgraded it to homicide, a bailable offense.

Justice Secretary Vitaliano Aguirre II earlier alleged that the killing of Espinosa was “premeditated” while the National Bureau of Investigation and the Senate panel that investigated Espinosa’s death both tagged the killing as a “rubout.”

It was the second time for Duterte to come to Marcos’ defense. Marcos was among the cops who were relieved of their posts because of their alleged links to the drug trade but the President ordered the PNP chief to reinstate Marcos. (READ: Duterte: I ordered Dela Rosa to reinstate CIDG 8 chief) – Rappler.com