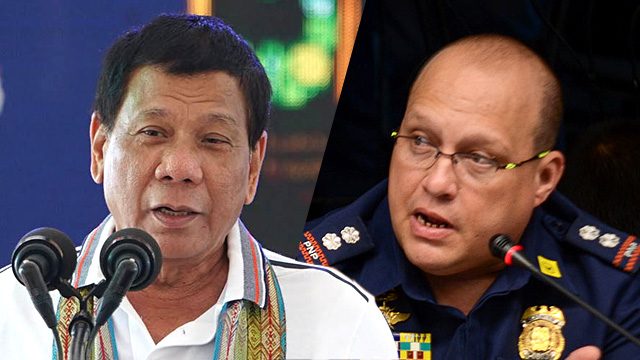 MANILA, Philippines – The reinstatement of the police officer who led the team implicated in the killing of Albuera Mayor Rolando Espinosa Sr reflects the “wider impunity” under the Duterte administration, Human Rights Watch (HRW) said on Friday, July 14.

“The kid-gloves handling of the officers is emblematic of the wider impunity enjoyed by those responsible for the killing of more than 7,000 people in Duterte’s murderous war on drugs,” HRW Deputy Asia Director Phelim Kine said in a dispatch.

President Rodrigo Duterte on Wednesday, July 12, said that he ordered the reinstatement of Marcos and that he would pardon him should he be convicted in connection with the killing of Esinosa and fellow inmate Raul Yap in a Leyte jail cell on November 5, 2016.

Duterte had also said that the “presumption of innocence” also applied to government officials.

Marcos led the Criminal Investigation and Detection Group Region 8 (CIDG 8) team that raided Espinosa’s jail cell. He and 18 others on his team were suspended following allegations that the death of Espinosa, detained on drug charges, was premeditated.

HRW said the development “isn’t surprising,” as Duterte’s statement and action were consistent with his previous pronouncements and the government’s treatment of cases of drug killings.

Senators slammed the President’s order and said it would bolster the culture of impunity in the police force.

The Senate committees on public order and dangerous drugs and on justice and human rights had probed Espinosa’s death in November 2016, and concluded in their joint report that it was  “premeditated” and that CIDG 8 committed “abuse of authority.”  They also recommended murder charges against the policemen. (READ: Why Senate thinks CIDG 8 planned Espinosa killing)

The Department of Justice (DOJ) initially filed murder charges against the 19 policemen but later downgraded these to homicide, a bailable offense.

HRW called for an independent investigation into Duterte’s war on drugs to stem impunity in the Philippines.

“The drug war deaths urgently demand accountability through a United Nations-led international investigation,” said Phelim Kine, HRW deputy director for Asia. “Until that occurs, police and their agents implicated in those killings will continue to get away with murder.”  – Rappler.com