Prietos lose another round at CA in Mile Long dispute 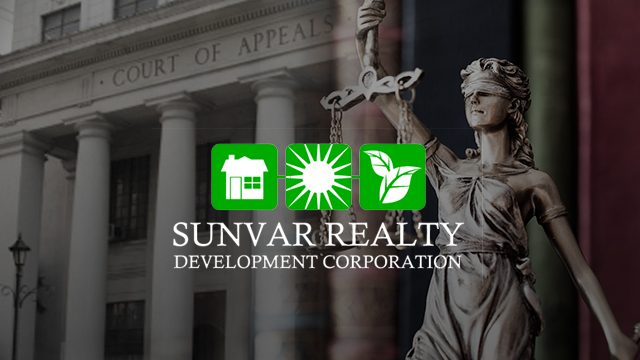 MANILA, Philippines – The Court of Appeals (CA) has affirmed its earlier ruling that a Makati court has no jurisdiction to hear the petition for injunction filed by Sunvar Realty Development Corporation, which is fighting for the ownership of the 2.9 hectare Mile Long property in Makati that the government is also claiming.

In the resolution penned by Associate Justice Jose Reyes Jr, the apellate court said Makati RTC Branch 59 cannot “take cognizance of the petition for injunction to enjoin the implementation and execution of the decision of the MeTC (Metropolitan Trial Court) of Makati City, Branch 61.”

This puts the government ahead of the legal race, having already won at the lower court an ejectment case.

The ruling comes amid corporate changes at the Philippine Daily Inquirer, which, like Sunvar, is also owned by the Rufino-Prieto families. (READ: FAST FACTS: What you should know about the Inquirer Group)

The Prietos announced this week that it was selling its majority shares of the Inquirer to businessman Ramon Ang, a campaign donor of President Rodrigo Duterte.

Duterte had been unleashing strongly-worded criticisms against Inquirer for months now. (READ: Ramon Ang and his media interests)

In a speech on July 17, Duterte again hit the Inquirer for “editorializing people in government saying they are thieves.”

“You have hostaged a government property for so long a time and collected the rentals there. That is swindling,” Duterte said, referring to the ownership dispute of Mile Long.

Duterte addressed the Prietos and said: “‘Yang Mile Long, i-surrender mo ‘yan kasi ipagbili ko ‘yan (That Mile Long, you surrender it because I’ll sell it). I promise you, I will build as many houses as the money can accommodate.”

The President said he will put up housing projects for soldiers and poor families on the disputed property.

Makati Metropolitan Trial Court (MeTC) Branch 61, in 2015, evicted Sunvar from the property and ordered them to pay the government back rentals amounting to P478.2 million.

If the MeTC decision is to be followed, Sunvar has to pay the government a monthly rental of P3.2 million if they don’t vacate the property.

On June 10, 2015, MeTC Branch 61 granted the government’s petition to eject Sunvar from the Mile Long property near Legazpi village in Makati.

Sunvar, owned by the Rufino and Prieto families, filed a petition for injunction before Makati RTC Branch 59.

When RTC Branch 59 said it has jurisdiction to handle the case, the government filed a motion to dismiss, citing forum shopping. But RTC Branch 59 denied this.

So the government went to the CA to insist that RTC Branch 59 does not have jurisdiction.

This latest resolution affirms that ruling.

Despite the ruling, the CA is giving another branch of the Makati RTC the power to handle the petition.

Sunvar had filed the injunction petition before Branch 59 and another appeal of the same nature before Branch 141. Branch 59 granted a motion for consolidation and took over both cases.

“We reiterate our stand that consolidation of the two cases cannot be allowed for the reason that the RTC Branch 59 has no jurisdiction over Civil Case No. 15-759,” CA said.

The civil case, CA said, will remain with “RTC of Makati City Branch 141.”

“Civil case no. 15-958 which we ruled to subsist…remains with the RTC of Makati City, Branch 141 and as such, remand the case for the continuation of the proceedings of the appeal is just proper,” the CA said.

Sunvar is currently leasing the property to Premier Cinema, Mile Long Arcade, Makati Creekside Building, The Gallery Building, and Sunvar Plaza while the rest are open and being used as parking space.

Government claims it has an 80-20 ownership share of the property with the National Power Corporation (Napocor).

According to the government’s complaint, TRFCI leased portions of the property to Sunvar under a sublease agreement. Sunvar built establishments and did other works on the property.

TRCFI was eventually dissolved and in 2002, Napocor said it was not going to renew the lease contract with TRCFI which was due to expire that year.

Disputes began in 2008 when Sunvar defied government orders to vacate the property. They took to court in 2009. – Rappler.com