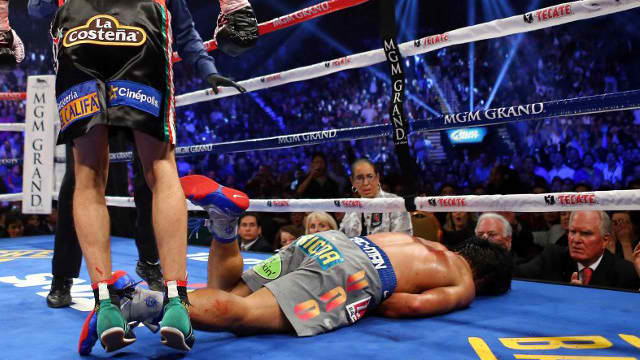 Is this the end for Manny Pacquiao? The Filipino boxing champion was knocked out by arch rival Juan Manuel Marquez on the 6th round in front of a predominantly pro-Marquez crowd at the MGM Grand in Las Vegas, Nevada on Saturday, December 8 (Sunday Manila time). This put the epic rivalry between the two to a definitive end. Marquez knocked Pacquiao out cold with a short right, giving Marquez his first ever victory over the Filipino. It’s Pacquiao’s first loss by knockout since 1999.