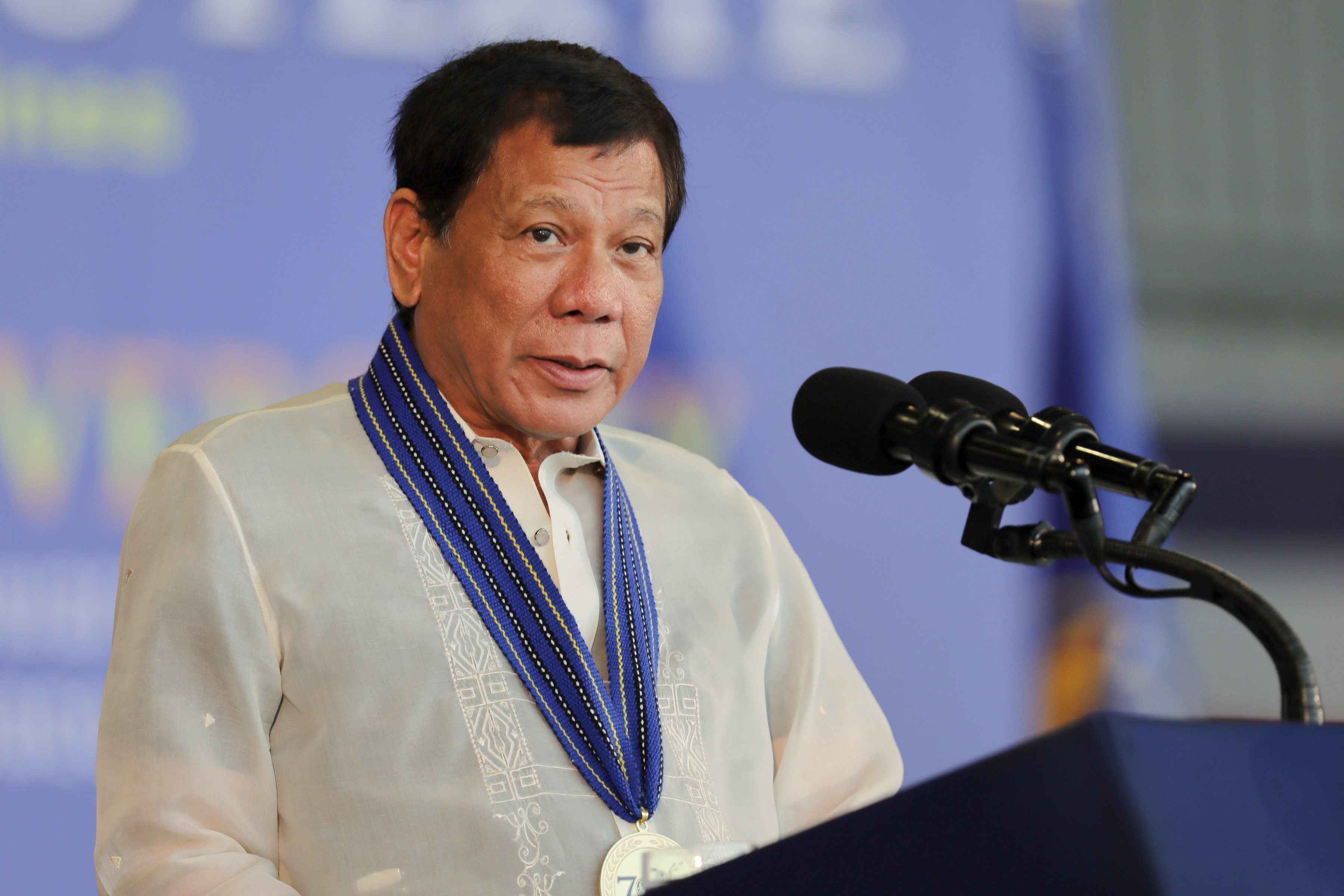 MANILA, Philippines (UPDATED) – In his second State of the Nation Address, President Rodrigo Duterte claimed that social news site Rappler is “fully owned” by Americans, warning the company that this violates the 1987 Constitution.

Rappler is 100-percent owned by Filipinos.

“Rappler, try pierce the identity and you will end up [with] American ownership,” said Duterte some 30 minutes into his speech on Monday, July 24 in the Batasang Pambansa.

“If you are a newspaper you’re supposed to be 100% Filipino and yet when you start to pierce their identity, it is fully owned by Americans…ABS or Rappler, is that you?” said Duterte in a mix of English and Filipino.

Here is what he said about the issue in full:

“Eh mayor ako, I can look at your corporate earnings, your sister company, I can pierce the corporate identity, kayo rin pala. Ang hilig ‘nyo, mga newspaper. When you are not supposed to, ano, maging newspaper ka, you are supposed to be 100-percent Filipino. And yet when you start to pierce their identity, it is pala fully owned by Americans. Gano’n ang nangyari. It’s a matter of piercing the… So wala masyado akong… ABS, o Rappler, kayo ba ‘yan? Have you tried to pierce your identity? And I would lead you to America. Do you know that? And yet the Constitution requires you to be 100% media, Filipino. Rappler tried to pierce the identity, and you will end up American ownership.”

The President inserted this rant against media companies in the middle of talking about mining and his determination to hold mining companies accountable for environmental damage.

This is the President’s first public statement against Rappler, although his online defenders have been hitting the company for more than a year now.

Duterte previously hit the Inquirer and ABS-CBN for their alleged bias and vested interests.

He had warned he’d block the renewal of the broadcast giant’s franchise.

In targeting Rappler, he cited Article 16, Section 11 of the Constitution. “The ownership and management of mass media shall be limited to citizens of the Philippines, or to corporations, cooperatives or associations, wholly-owned and managed by such citizens,”reads the charter.

Rappler has debunked this claim on foreign ownership, which was first circulated by Duterte’s online defenders. (READ: Debunking lies about Rappler)

Rappler is 100% Filipino-owned even if the company uses Philippine Depositary Receipts (PDRs) to allow foreign partners to have commercial interests.

Omidyar Network and North Base Media, groups composed of international journalists and investors, have economic interests but own no part of Rappler.

PDRs are financial tools that individuals or entities can use to have a stake in a company they believe in. Their involvement is limited to potential commercial benefits. They neither get voting rights on the Board nor have a say in the management or day-to-day operations of the company.

Rappler is not the only media organization that uses PDRs. ABS-CBN and GMA-7 also use PDRs.

Rappler has made all the public disclosure filings for its PDRs.