Facebook Twitter Copy URL
Copied
'For this kind of surveillance plane, it's the most modern that we have,' says Philippine Defense Secretary Delfin Lorenzana

MANILA, Philippines – It’s the “first of its kind” in the Philippine Air Force – aircraft that will soon patrol different parts of the country, including war-torn Marawi City, the West Philippine Sea, and Benham Rise.

The Philippine Air Force on Thursday, July 27, officially received two Cessna C-208B Grand Caravan aircraft from the United States as part of a grant to the Philippines.

The two planes, which have intelligence, surveillance, and reconnaissance capabilities, are worth roughly P1.67 billion or around $30 million, according to US Ambassador to the Philippines Sung Kim. The Cessna planes can carry 4 people – two pilots and two sensor operators – and will be used by the Air Force’s 300th Air Intelligence and Security Group based in the Edwin Andrews Air Base in Zamboanga City.

The aircraft have advanced sensors, cameras, and communication equipment. 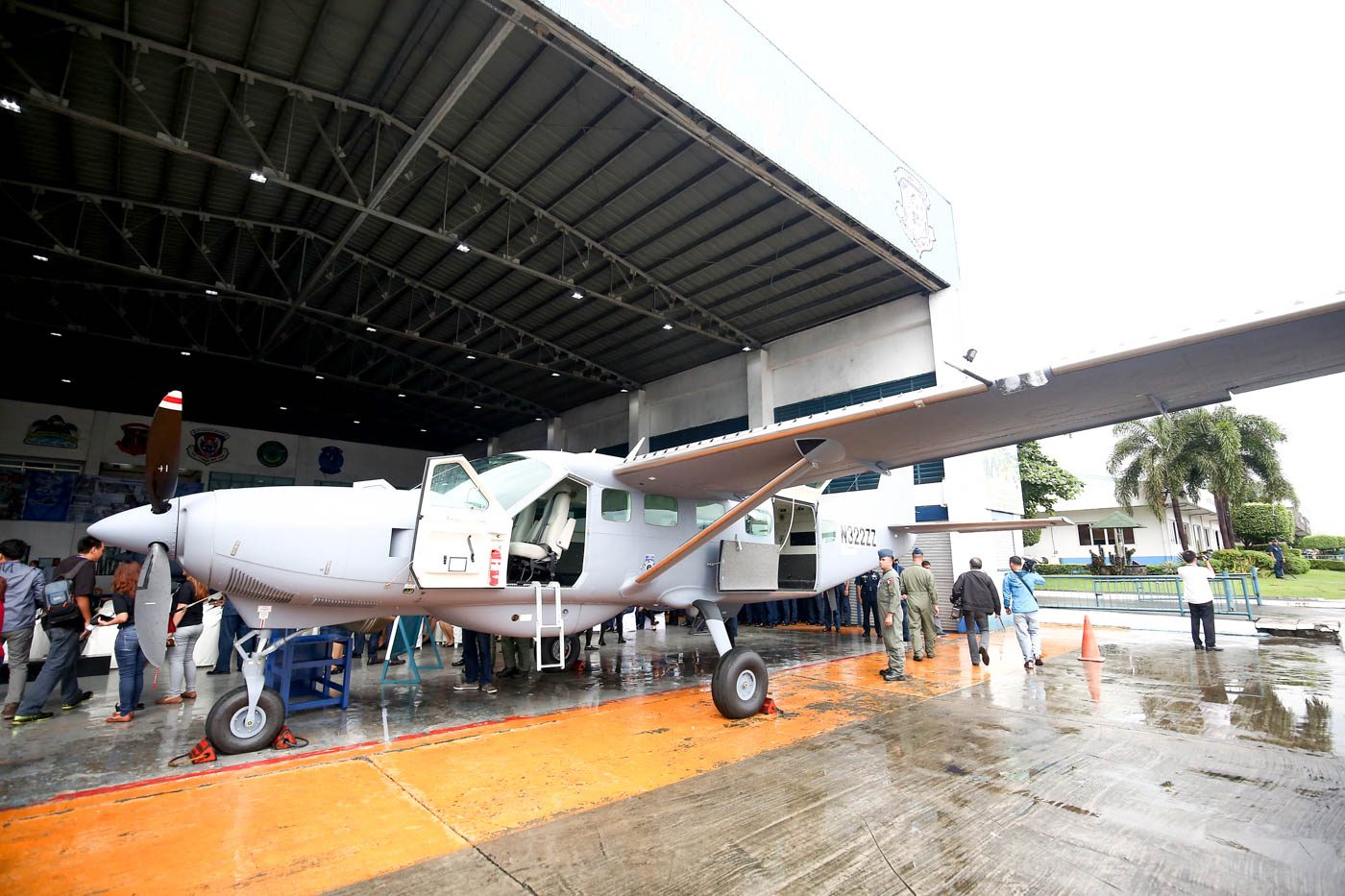 “For this kind of surveillance plane, it’s the most modern that we have. Wala naman tayo kasi (We don’t have any to begin with),” said Philippine Defense Secretary Delfin Lorenzana on the sidelines of the official turnover of the two aircraft at the Villamor Air Base. 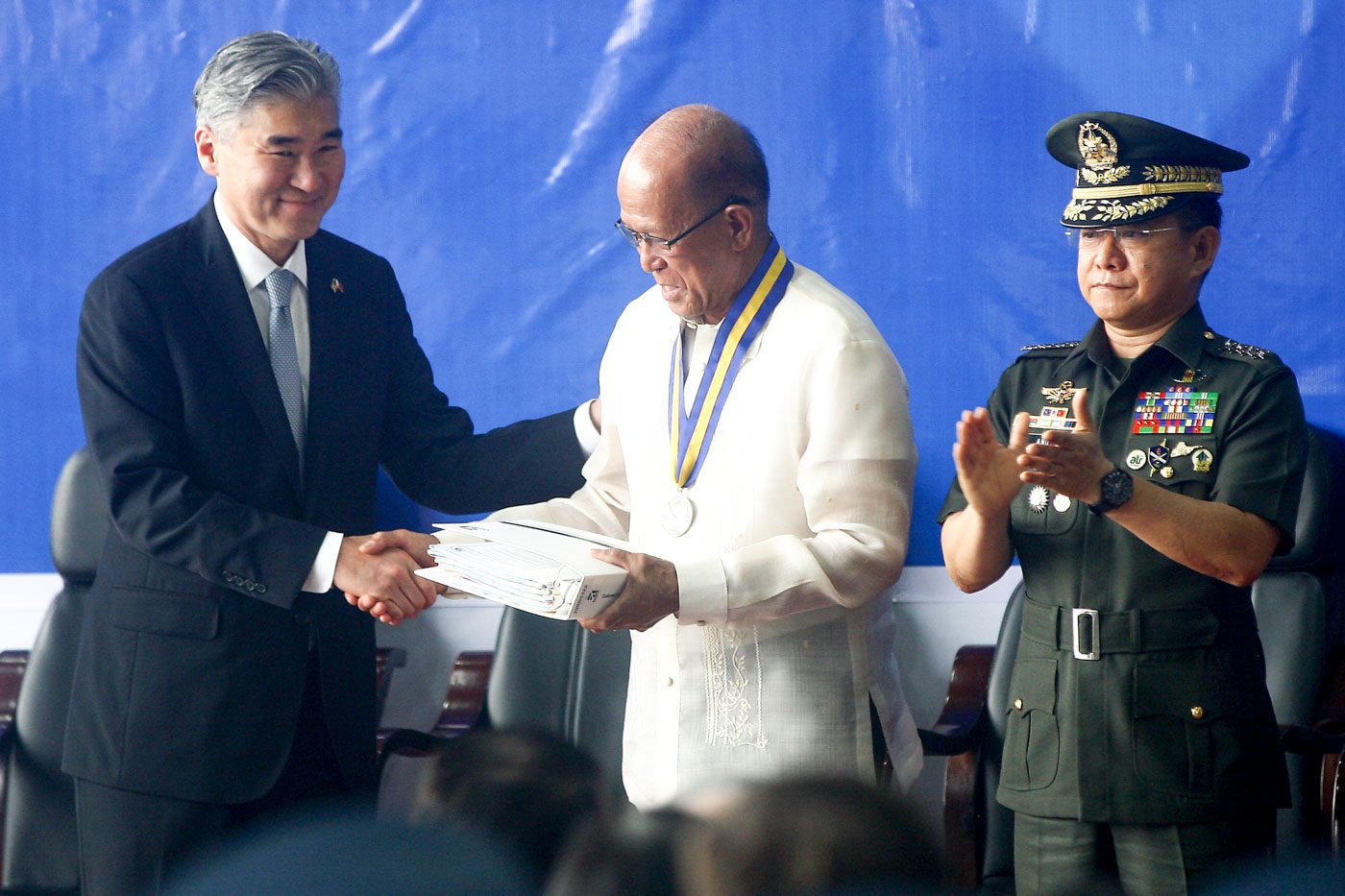 The two, said Lorenzana, will be “used anywhere in the Philippines,” including the West Philippine Sea, which China claims as its own.

“They will be going there once in a while to cover our areas [in the] West Philippine Sea,” said the defense chief.

The turnover of the aircraft comes days after President Rodrigo Duterte lashed out against critics of his drug war – including former US president Barack Obama – during his second State of the Nation Address (SONA).

Duterte wants to forge an “independent” foreign policy, working to improve ties with China and Russia while moving away from the US, a longtime ally. (READ: Duterte foreign policy: Independent but isolated) 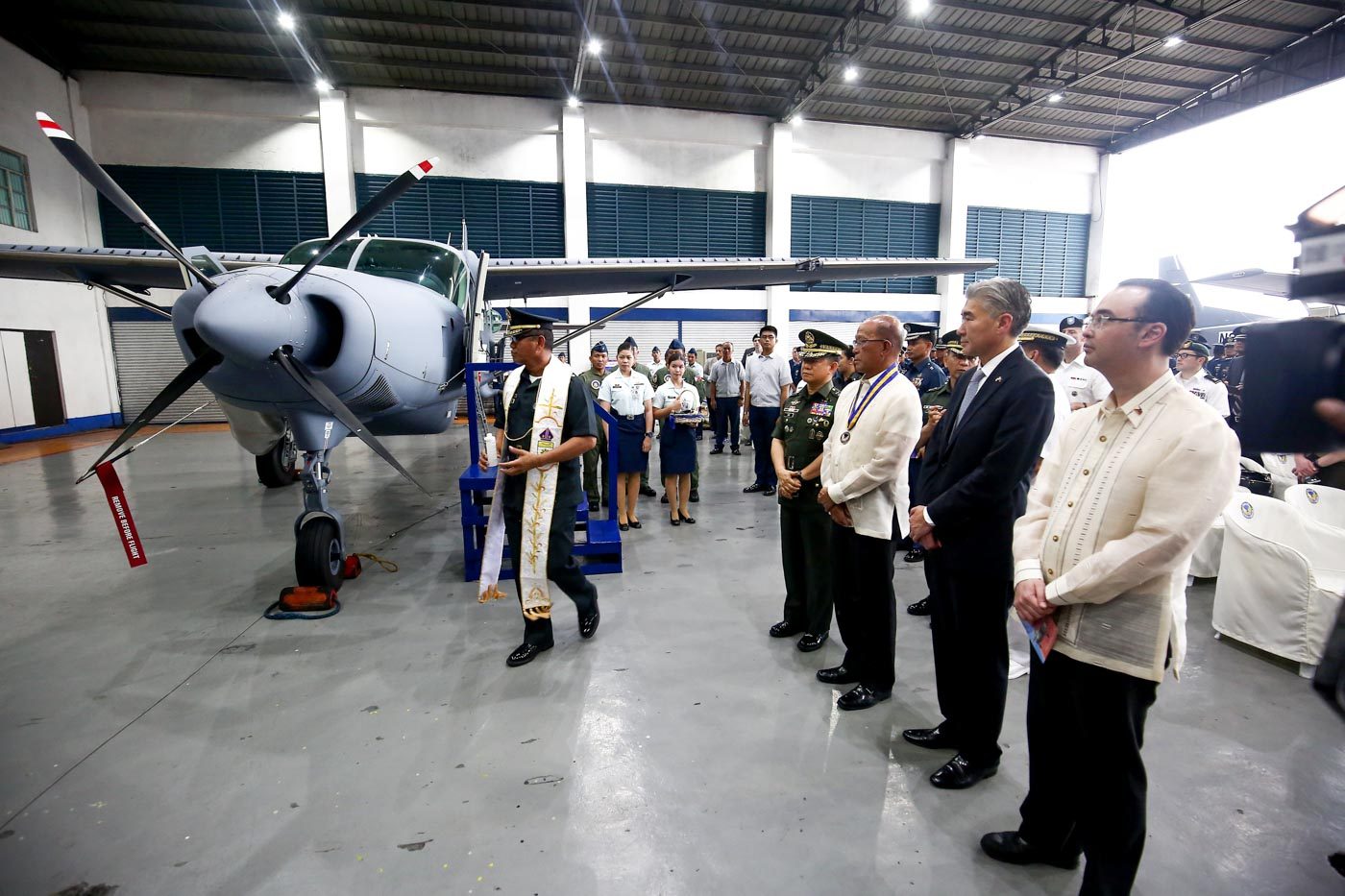 The Cessna planes won’t be the last acquisition from the Americans.

Lorenzana said the US is “giving” ScanEagles and Ravens, unmanned aerial vehicles, to the Philippine Air Force. – Rappler.com