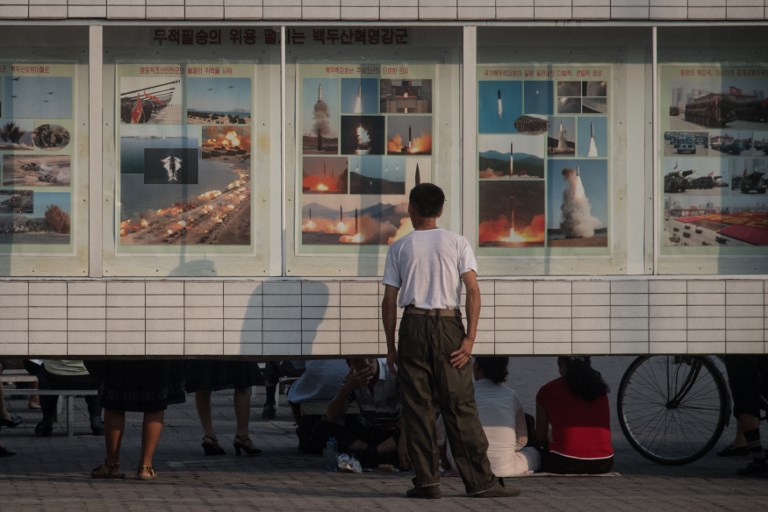 Pentagon spokesman Navy Captain Jeff Davis said the launch occurred at about 1445 GMT, but it was not immediately known what type of missile it was.

“I can confirm that we detected a launch of a ballistic missile from North Korea,” Davis told Pentagon reporters.

“We are assessing and will have more information soon.”

“There is a possibility that it landed within our EEZ (exclusive economic zone). We will be analyzing it immediately and do our best for the safety of our people,” Abe told reporters in Tokyo.

The US military and South Korea had in recent days warned that North Korea appeared to be prepping for another missile test — likely of an intercontinental ballistic missile (ICBM), or else an intermediate-range rocket.

Pyongyang triggered global alarm on July 4 when it test-fired its first ICBM, which experts believe could have the potential to reach Alaska.

North Korean leader Kim Jong-Un, who personally oversaw that launch on America’s Independence Day, described it as a gift to the “American bastards.”

After the test, the United States launched a push at the United Nations for tougher measures against Pyongyang.

In all, 6 sets of UN sanctions have been imposed on North Korea since it first tested an atomic device in 2006, but two resolutions adopted last year significantly toughened the sanctions regime.

Meanwhile, the US military is preparing to conduct another test of a missile-intercept system in Alaska, perhaps as soon as Saturday.

That test of the Terminal High Altitude Area Defense (THAAD) system had been scheduled before Friday’s developments.

The United States has layers of missile defense capabilities comprising several components designed to take down different types of missile at different phases of flight. – Rappler.com