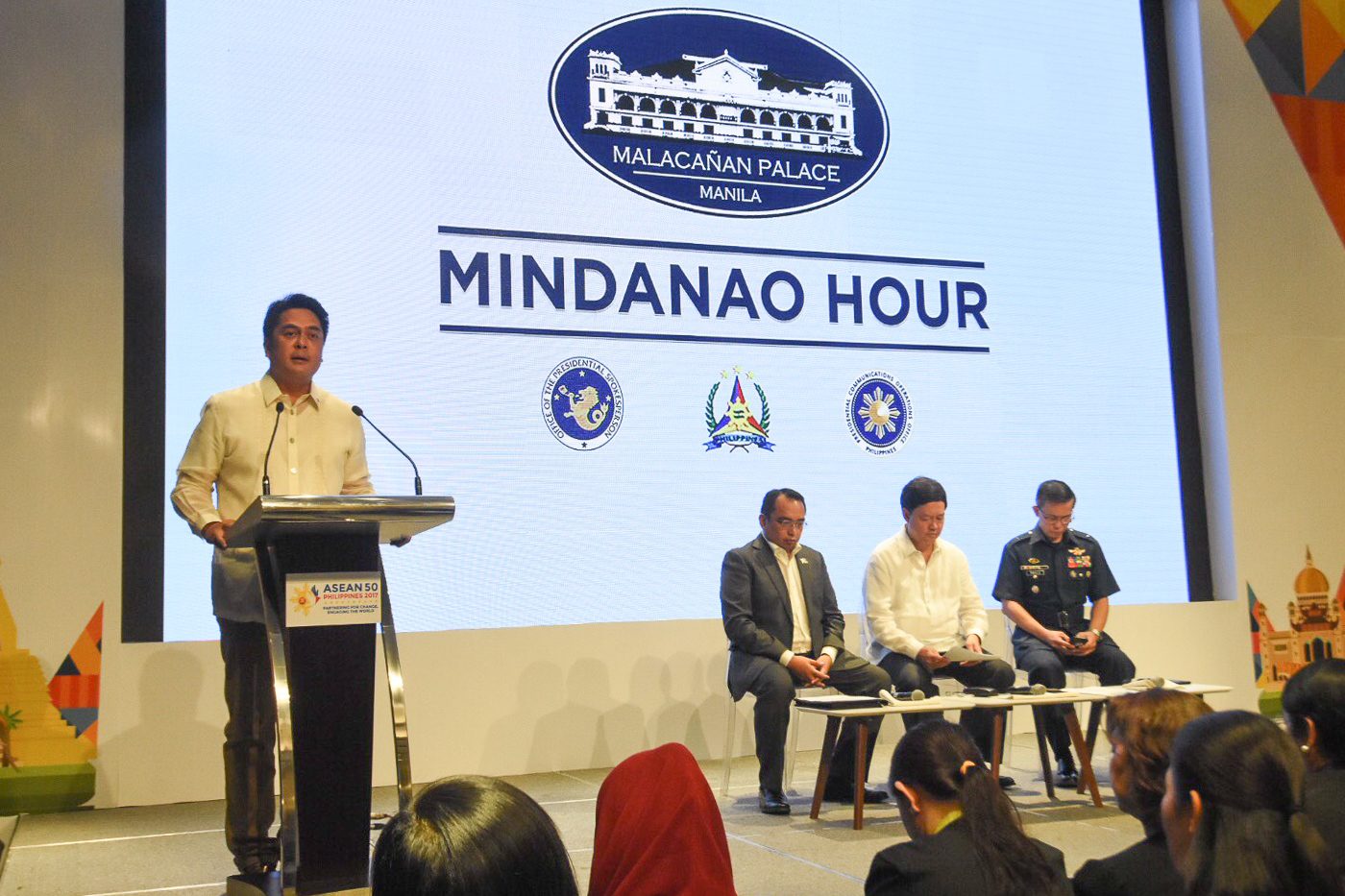 But his office has yet to finalize a policy regulating this, which begs the question, how easy is it to get accreditation if someone proclaims himself or herself as a blogger interested in covering high-profile events like these?

“Actually maraming bloggers ito (there were a lot of bloggers), a total of 14 bloggers, mayroong (there was) HK Pinoy TV – this is open to all,” said Andanar on Monday, August 7, during an interview on radio station dzRH.

He said that accreditation of bloggers was also done for past ASEAN events, including an “ASEAN tour” in Indonesia.

Andanar said bloggers and “social media influencers” were told to register online through a system of accreditation which also applied to mainstream media.

IDs issued to online supporters of the President identified bearers as “Media” with a more specific designation of “DDS Philippines” or “Social Media Philippines.”

“DDS” is used by Duterte online defenders as an acronym for Duterte Die-hard Supporters. DDS has also been used to refer to the Davao Death Squad.

Andanar said it was likely that the bloggers used “DDS” when they were asked in the online registration form to indicate their media agency.

He used the example of Bruce Rivera, a lawyer supportive of the President.

“He decided to put DDS. Of course, the NOC, without malice, thought that since this is what he wrote, this is what they will also write [on the ID],” Andanar said in a mix of Engish and Filipino.

With their IDs, the bloggers were given access to the International Media Center, press kits, lunch buffet, and various activities organized for media, like Media Night. All these are paid for by taxpayers’ money.

Rappler saw tables at the IMC in which seats were reserved for some bloggers.

Such perks are typically given to mainstream media in cognizance of their role in reporting about the ASEAN meetings for the public good.

Reporters or their crew are assigned by their media companies to cover these events and produce output.

Andanar said bloggers are also expected to promote ASEAN to their audiences.

“You know, what’s important here…is everyone is really helping to promote ASEAN. Apart from mainstream media, we also have bloggers who are volunteers who went here to help promote ASEAN,” said Andanar.

Jane Uymatiao told Rappler, “Our participation here in ASEAN, in my view, is not to be part of the media accredited pool. For me, being accredited means that the Palace has included citizens like me to see up close what only media and government used to see. We are not there to report but rather to react and to critique, if needed.”

During the start of the August ASEAN events, the PCOO had not yet finalized a policy for accrediting bloggers for coverage of presidential activities and other government events.

PCOO Assistant Secretary Kris Ablan told Rappler on Friday, August 4, that an “interim social media policy” was being crafted but it has not yet been signed by Andanar.

Rappler asked Andanar on Monday for a copy of the policy. PCOO Assistant Secretary Mocha Uson, who is supposedly in charge of the policy, was also asked. Both officials have not replied as of posting.

If indeed no interim policy had been approved, what regulation guided the government in deciding which bloggers to accredit for ASEAN coverage?

During discussions on the PCOO’s draft social media policy, bloggers criticized the government for problematic requirements being asked of them, including a “minimum” number of followers to have and a rule that they should refrain from using foul language.

Ablan said the interim social media policy may include a requirement for bloggers to get clearance from the Presidential Security Group, showing that security concerns posed by the policy is top-of-mind in Malacañang.

Journalists, for instance, pass through a strict accreditation process and must be vouched for by their companies, in order to be allowed to cover presidential events.

It’s not clear, for instance, how bloggers were able to comply with ASEAN accreditation requirements such as “scanned copy of valid company ID” and “Letter of Assignment for ASEAN 2017 Coverage from Respective Agency.”

A source from the ASEAN NOC told Rappler that it was the PCOO that would have vetted the bloggers.

Asked how bloggers are to be held accountable for what they write, given that they are now being given access, Andanar said “serious bloggers” can still be sued for libel.

“Even those serious bloggers … at the end of the day, wala naman taong na-excuse dito sa libel eh (they aren’t excused from libel),” he said.

Andanar, however, admitted that mainstream media are held accountable, not only by the law, but by their employers and companies. – Rappler.com