Tensions rise in Egpyt leading up to scheduled referendum 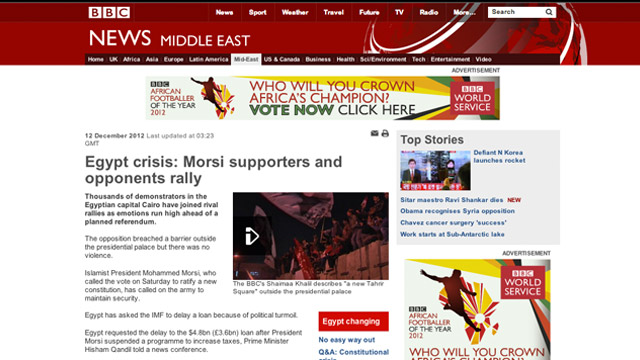 Thousands continue to rally in the Egpytian capital city of Cairo, days before a scheduled referendum to ratify a new constitution. Egyptian President Mohammed Morsi called for the referendum to take place this Saturday but opposition leaders want the referendum scrapped citing that it was drafted by an Islamist-dominated assembly and that it weakens human rights. Opposition forces have converged outside the presidential palace now guarded by tanks and hundreds of soldiers. While supporters of Morsi rally in support at Tahrir Square.


Read more on the BBC.