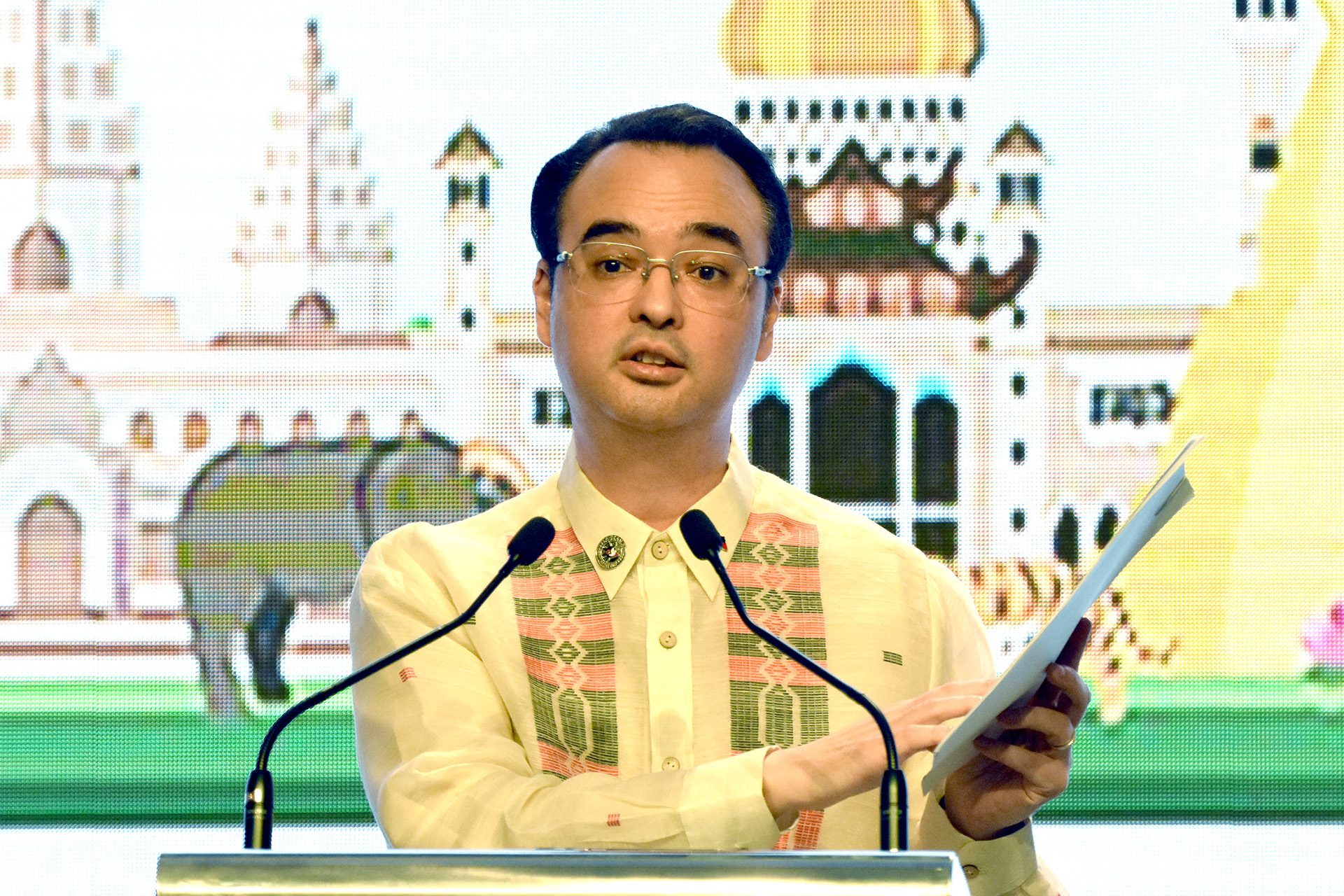 Facebook Twitter Copy URL
Copied
'There are reasons for the presence of certain vessels, but the situation in the area is very stable,' Philippine Foreign Secretary Alan Peter Cayetano says

“There are reasons for the presence of certain vessels, but the situation in the area is very stable,” Cayetano said in a press conference.

Cayetano was asked about the reported presence of Chinese ships a few nautical miles from the contested Pag-asa Island in the West Philippine Sea.

Cayetano said, “I can’t confirm nor deny because this is part of the discussions with the command center.”

“But we will tell you if it calls for diplomatic or military alarm,” he added.

To drive home his point, Cayetano gave an example – and turned the tables on Filipinos.

He said in a mix of English and Filipino: “If we were to do something on Pag-asa and you have 4 navy ships of the Philippines there, do you think everyone in China will be alarmed? Or will they just pick up the phone and tell us, ‘Why do you have this number of ships there?'”

Cayetano was also asked on Wednesday whether the Philippines will file a diplomatic protest over the reported Chinese ships near Pag-asa Island.

Cayetano said: “In the past it was our strategy to confront China every opportunity we have, and the diplomatic protest was one of the instruments we used. That is not our strategy anymore.”

“Our strategy now is to have peace and stability and dialogue, and so far it is working,” the Philippines’ top diplomat said.

“I’m not saying we’re not filing any of the protests,” he added, saying the protests can be verbal or written, or made during bilateral or multilateral settings.

He said the Philippines still raises complaints before China. “It’s just that we don’t announce it and we don’t tell you how we do it. We will tell you if nothing is happening,” Cayetano said. – Rappler.com