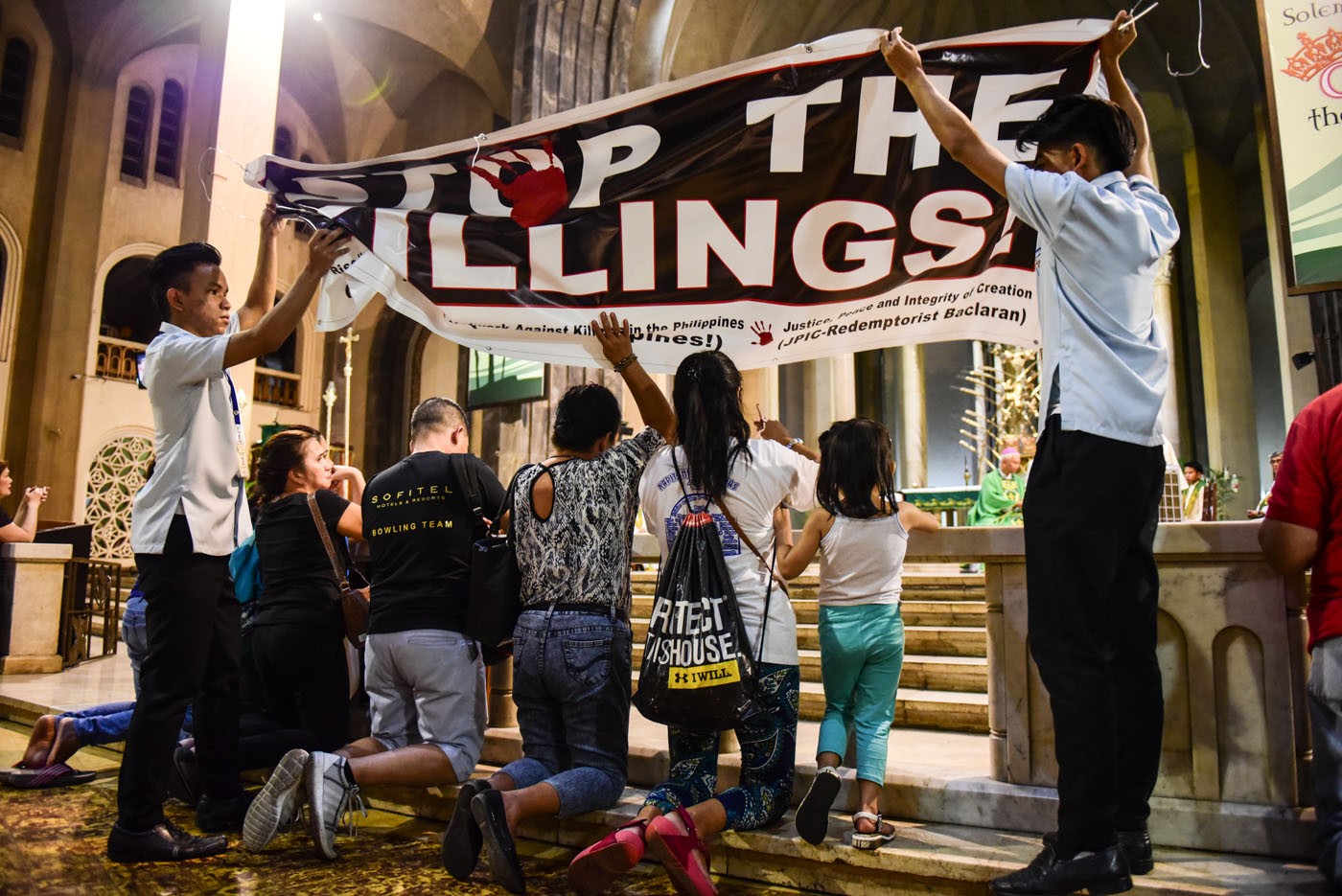 MANILA, Philippines – Malacañang defended the series of “one-time big time” drug raids in Bulacan and Metro Manila, saying that despite their high death tolls, they were not “reckless” operations.

“This is not a reckless exercise of blood letting. There’s a rhyme and a reason in the police operations,” said Presidential Spokesman Ernesto Abella on Friday, August 18, during a Palace news briefing.

Multiple simultaneous anti-drug operations in Bulacan last Tuedsay, August 15, killed 32 in a span of 24 hours. An overnight operation in Manila on Wednesday killed 25.

Addressing those concerned that the Duterte’administration’s drug war has victimized mostly the poor, Abella said it is necessary to go after even “street-level drug pushers” to “degrade the community-based retail distribution network” fuelling the drug trade.

Anti-drugs operations by police are already producing benefits for Filipinos, he said.

“We hear people say, it’s safer, they feel more comfortable. And in fact, they appreciate the fact that the Philippines is being made safe again,” said Duterte’s spokesman.

A reporter pointed out that among the casualties of a Caloocan drug raid by police was a 17-year-old boy, Kian Loyd Delos Santos. A police report claimed the Grade 11 student fought back, but CCTV footage showed he was being dragged by police to where he was eventually found dead.

Witnesses say the boy had no gun and that the CCTV footage belies police’ claims.

Abella said the case is “isolated.” He gave assurances that if the policemen involved are found guilty of abuse, they would suffer the consequences.

“What we can say with confidence is that those who are guilty of breaking the law, misuse or abuse will have to answer for that,” he said.

However, President Rodrigo Duterte has consistently told police and military that he would pardon them after they are found guilty of abuse while implementing his drug war.

“[President Duterte] will defend the police in their carrying out of duties. However, he will also not tolerate any abuse and any breaches of the law,” said Abella.

Duterte, after hearing about the high death toll in Bulacan, commended police and said he wanted similar death tolls on a daily basis. – Rappler.com