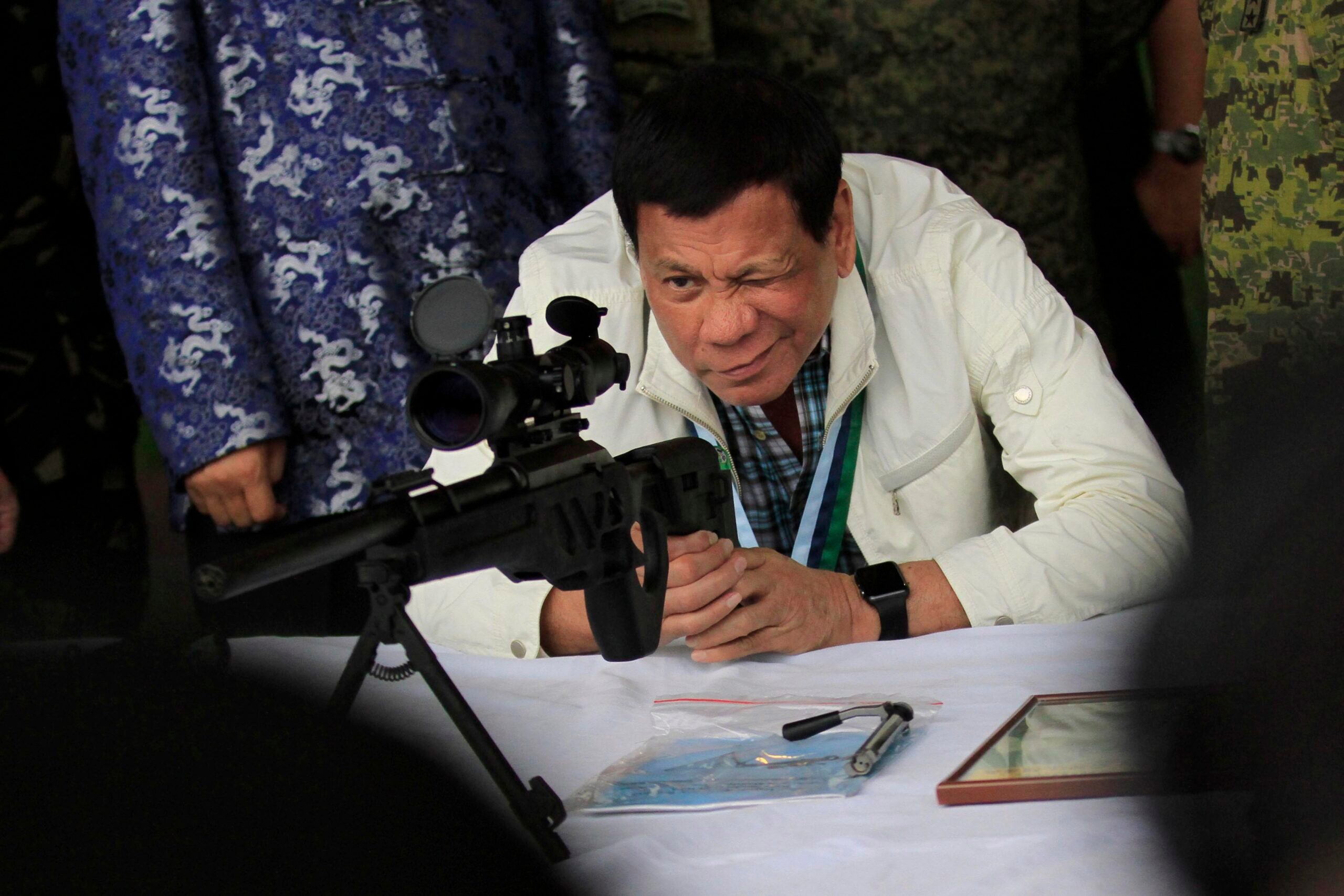 MANILA, Philippines – The death of Kian Loyd delos Santos, 17, sparked outrage as the Caloocan City police allegedly framed him and forced him to fight back to justify killing him in “self defense.”

Witnesses said the police handed Delos Santos a gun, and ordered him to pull the trigger and run.

The police then shot back and killed the grade 11 student, in a case that has become an eye-opener about President Rodrigo Duterte’s war on drugs. (READ: Bishop slams killing of 17-year-old boy in drug war)

On December 19, 2016, Duterte urged law enforcers to push drug suspects to fight. “O ‘pag walang baril…bigyan mo ng baril.” (If he has no gun, give him a gun.)

The President, after all, has repeatedly encouraged law enforcers to shoot criminals who fight back. (READ: Shoot to kill? Duterte’s statements on killing drug users)

Duterte made these remarks more than a month after Albuera mayor Rolando Espinosa Sr was killed in a reported shootout with the police. In his speech, he also referred to allegations that Espinosa’s death was a rubout.

Below is an excerpt from Duterte’s speech on December 19, 2016, during the 2016 Presidential Awards for Filipino Individuals and Organizations Overseas at Rizal Hall, Malacañang Palace:

DUTERTE: I don’t know if the other guy would have won the presidency. I do not know kung kaya talaga (if it could be done). But somehow I must stop it because it will continue to contaminate and contaminate and so to the last man I said, to the law enforcer, to the military guys: Destroy the apparatus. And I said, ‘O, Sir, if they are there, destroy them also. Especially if they put up a good fight. O, ‘pag walang baril, walang – bigyan mo ng baril (If he has no gun – give him a gun). “Here’s a loaded gun. Fight because the mayor said let’s fight.”

To the last….Ang (The) apparatus when I say destroy the operation, destroy everybody there including the laboratory. And so how many laboratories in the Philippines we have discovered? You know the one in Pampanga Arayat was… The machines there, the equipments would fill two warehouses or if you want a visual, you can place there about four airplanes, if it’s a hangar.

So mabuti na lang, hindi ko talaga naabutan sila. Because ‘pag inabot kita diyan nag-o-operate ka (So it’s a good thing I didn’t catch them. Because if I catch you there and you’re operating): Say your prayers and I will you.

That’s why I said, a fourth of what happened maybe correct. Truly, it must have been a shoot-out.

You know, why do you say that it’s a rubout, because the police do not go out alone. They go out in numbers two or 3 in operation that is why the idiot would always die or die fighting.

Duterte made a similar statement months later, at the 26th anniversary of the of the Bureau of Jail Management and Penology at Camp Aguinaldo, Quezon City.

Below is an excerpt from Duterte’s speech at the BJMP anniversary on July 12, 2017: