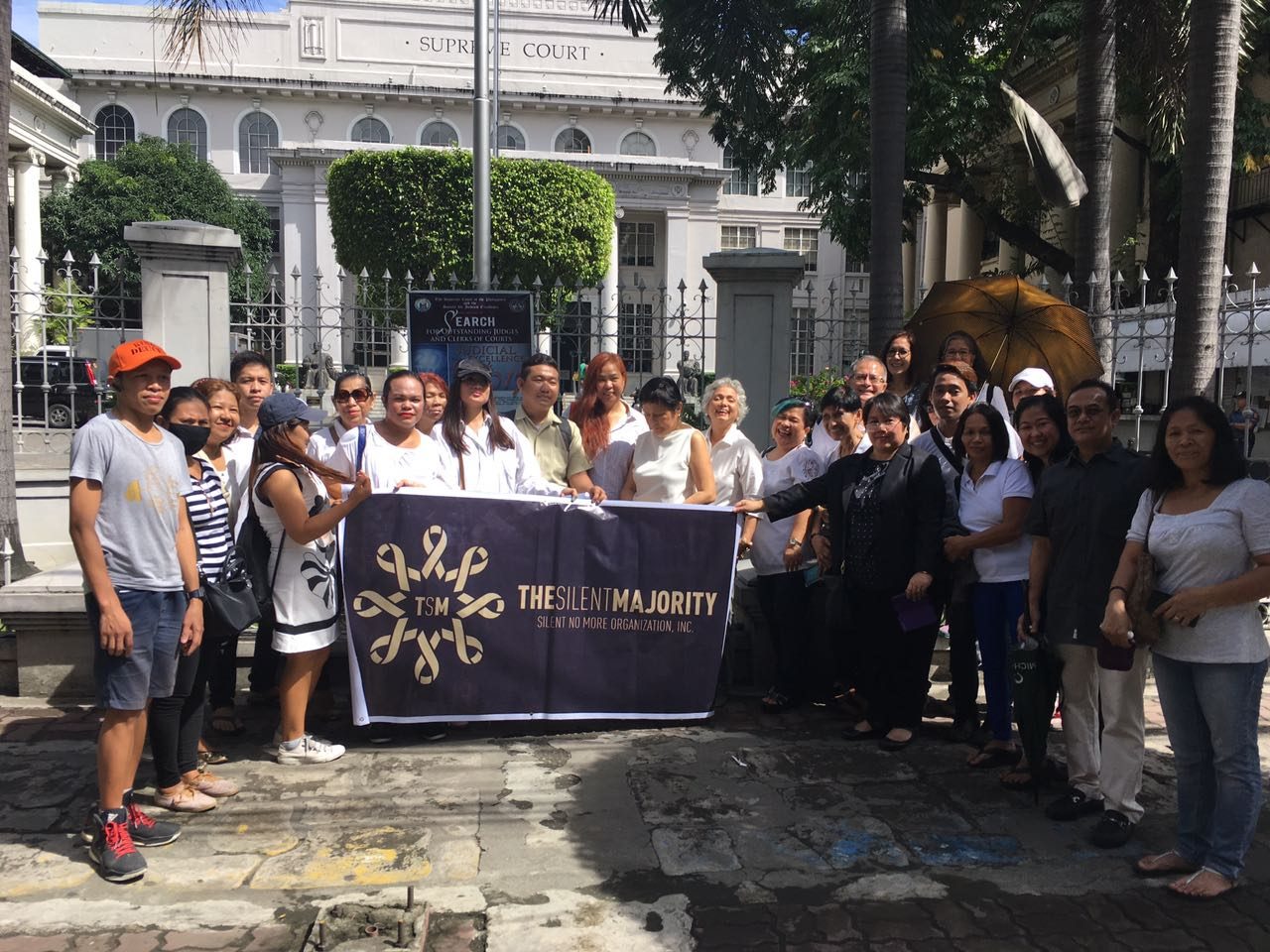 Facebook Twitter Copy URL
Copied
'This is a matter of transcendental importance as it tackles right of suffrage of whom we elected,' the Piso Para sa Laban ni Leni group says as it files a motion for reconsideration before the High Court

MANILA, Philippines – Members of the Piso Para sa Laban ni Leni group have asked the Supreme Court, sitting as the Presidential Electoral Tribunal (PET), to reconsider its decision to bar them from helping Vice President Leni Robredo pay the balance of her electoral protest fee.

The following filed their 13-page motion for reconsideration before the High Court on Wednesday, August 23:

The members of the Piso Para sa Laban ni Leni have raised P7 million, so far, to help Robredo.

“This is a matter of transcendental importance as it tackles right of suffrage of whom we elected….We, the voters, want to help the candidate whom we elected in the 2016 elections,” the group said.

The PET had earlier ordered the Vice President to pay P15 million for the 31,278 established precincts she is contesting in her counter-protest. Robredo already settled the first half of P8 million on May 2.

She was originally due to pay the 2nd installment of the protest fee on July 14, but the PET granted her first petition to extend the deadline.

On August 18, the PET deferred Robredo’s payment of the remaining balance. She will make the payment “only after substantial recovery” in the 3 provinces Marcos identified where initial recounting of votes will be held to determine if his protest has merit. These are Camarines Sur, Iloilo, and Negros Oriental.

Marcos had earlier completed the payment of his P66.2-million protest fee. He said “friends and supporters” helped him raise the funds.

As a public official. Robredo is not allowed by law to accept gifts or donations, unlike Marcos who is now a private citizen.

Presidential Decree No. 46 prohibits public officials from receiving gifts or any other valuable items on any occasion because of an official’s position, regardless of whether or not the gift is given for past favors, or if the giver is expecting to receive a favor or better treatment in the future.

The same prohibition against receiving gifts can also be found in Republic Act No. 6713, which specifies that prohibited gifts include those with a value that “is neither nominal nor insignificant.”

Read the full text of the Piso Para sa Laban ni Leni’s motion for reconsideration below: