Caloocan bishop says his diocese is a killing field 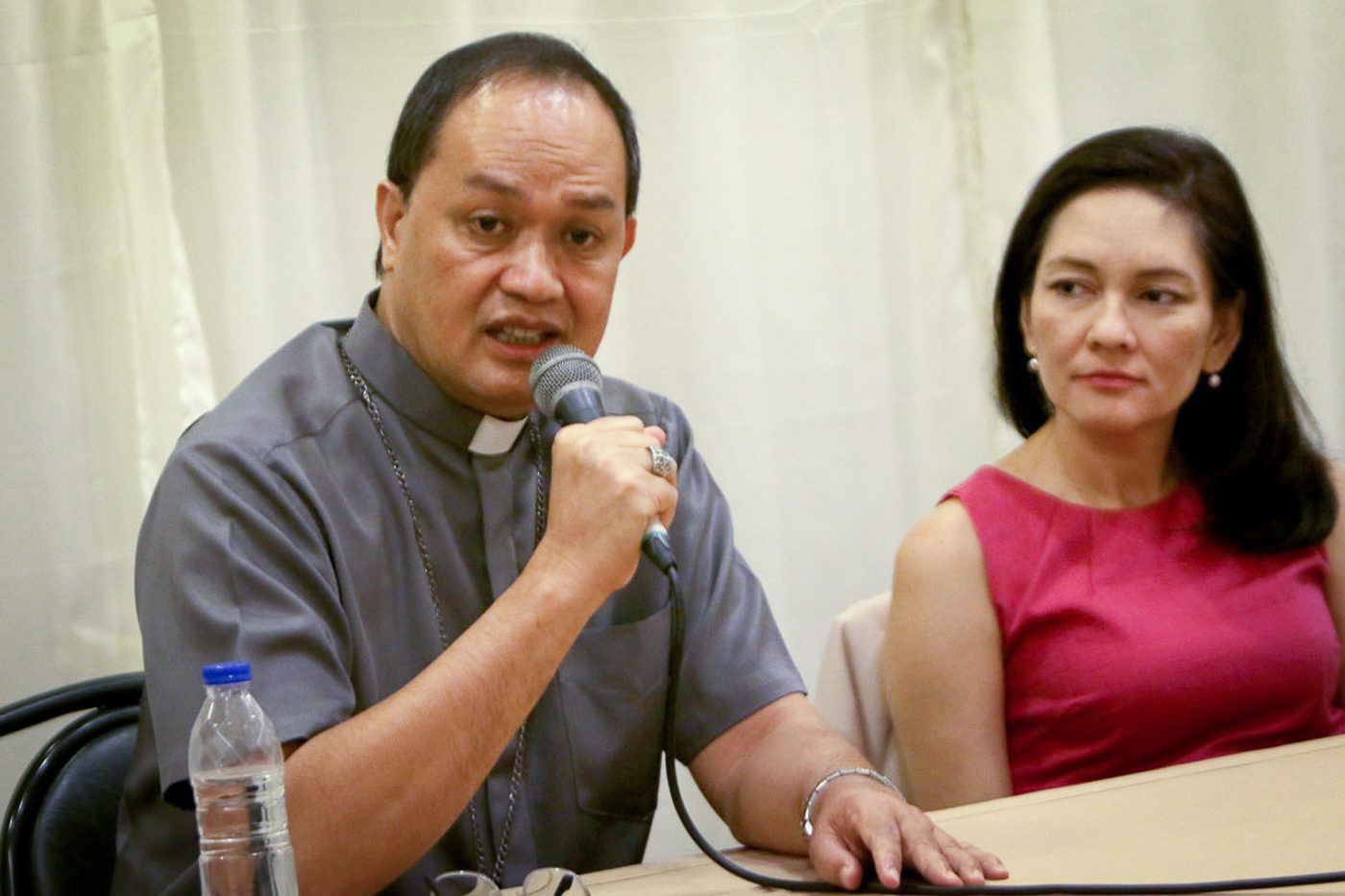 Facebook Twitter Copy URL
Copied
Masked men who kill drug suspects turn out to be cops, says Bishop Pablo Virgilio David. 'Is it legitimate for the police to conduct police operations in masks?'

MANILA, Philippines – Caloocan Bishop Pablo Virgilio David said on Wednesday, August 23, the government’s war on drugs has turned his diocese into a “killing field,” with 17-year-old Kian delos Santos as the latest victim.

In a press briefing with Senator Risa Hontiveros at a restaurant in Manila, David said areas near Caloocan, such as the cities of Navotas and Malabon, had also experienced relentless killings.

In Caloocan, he said at least 80% of the killings were done by “vigilantes.”

The Diocese of Kalookan is composed of the southern part of Caloocan, Malabon, and Navotas, covering some of the poorest communities in the Philippines.

“We don’t know who they are, but they roam the streets every night,” the bishop said.

In police reports, these killings are called deaths under investigation but there are no resolutions, he added.

David said Delos Santos’ case is the only one so far that is being thoroughly investigated.

However, police’s allegations of Delos Santos being a courier must be dropped, he said. “Did he fight back or not? That is the issue here. You cannot impose allegations on a dead person.”

Trust in the police

Still, the bishop said he maintains a level of trust in the Philippine National Police (PNP), saying he would not condemn the entire institution for the mistake of a few.

In a private meeting earlier Wednesday with officials of the PNP, the bishop said he introduced himself as “the bishop of Kalookan,” much to the surprise of his audience.

He told the policemen before him that when he hears the words “human rights” he does not think of the Commission on Human Rights, he thinks of the PNP, for they are the “primary protectors of the citizens.”

The bishop requested the policemen to cooperate when investigations are done with their colleagues.

“What we are trying to investigate here is the killing done in a police operation. You are only protecting the integrity of your institution,” he supposedly told them.

He said many of the policemen are encouraged by the support and popularity of President Rodrigo Duterte, the same way that majority of the victims of the drug war supported the President.

“That’s what makes my heart bleed – majority of the victims are supporters of the President,” David said. “Kian, he wanted to be a policeman. He genuinely believed that drugs was a problem in the community.”

The bishop said Kian’s whole family voted for the President. “Now, they feel let down. They ask me, how come? How come we have been victimized?”

In a statement on Monday, August 21, President Duterte promised that if it’s proven the policemen murdered Delos Santos, they would “rot in jail.” – Rappler.com