MANILA, Philippines – Hundreds of people joined the family of Kian delos Santos in the funeral march that brought the remains of the 17-year-old from his parish in Caloocan City to the La Loma Cemetery on Saturday, August 26.

Some groups waited for the motorcade to pass by to shout their support for the Delos Santos family’s quest for justice for the teenager, who was killed in an anti-drug operation in his community.

People who joined the procession held up banners protesting the assertion of authorities that the grade 11 student was a drug courier, and that he was killed because he tried to fight back.

Part of the Balintawak area along EDSA was temporarily closed to traffic for the procession. Passing vehicles honked their horns to join the protest against the killing of Delos Santos. 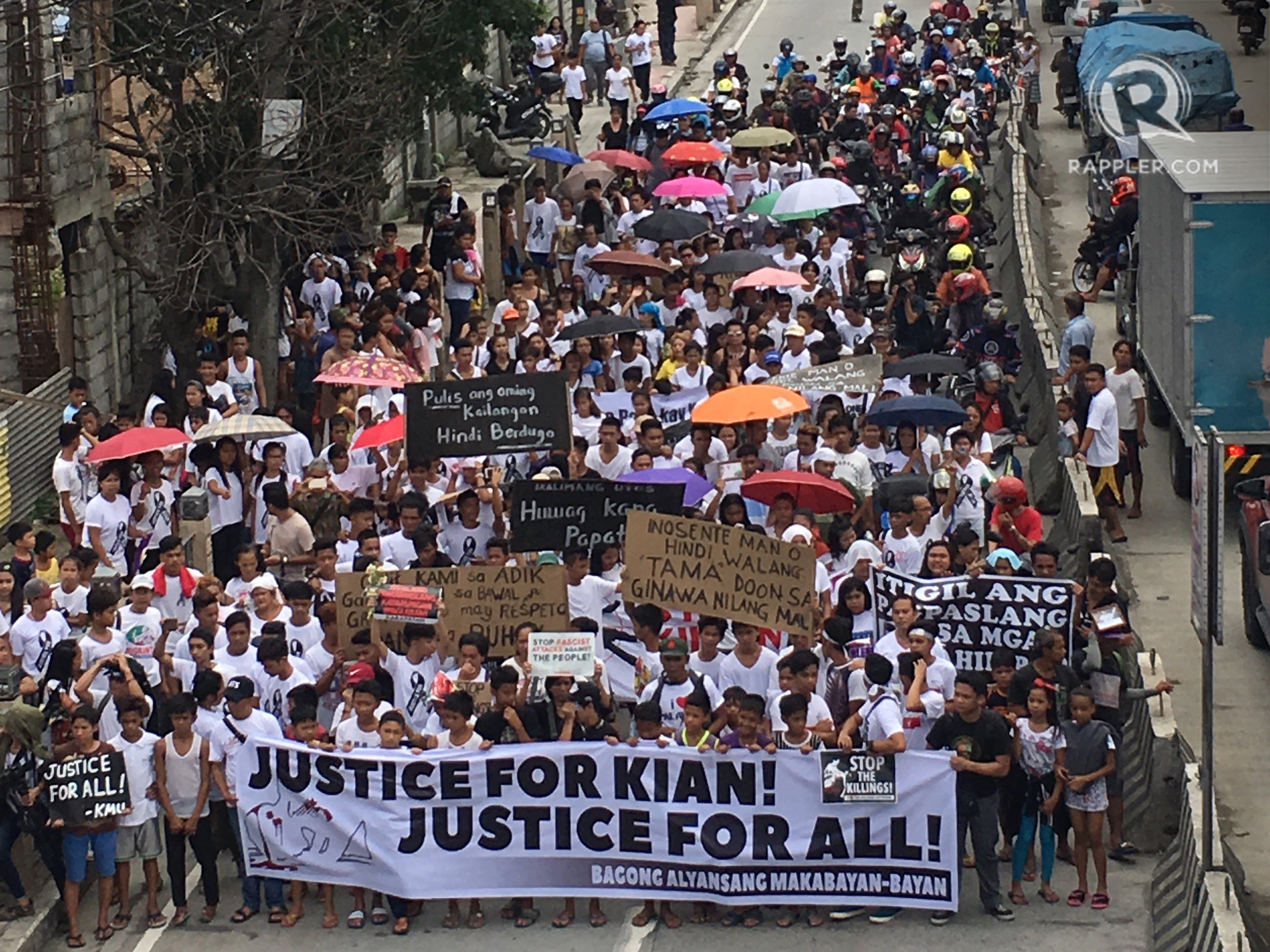 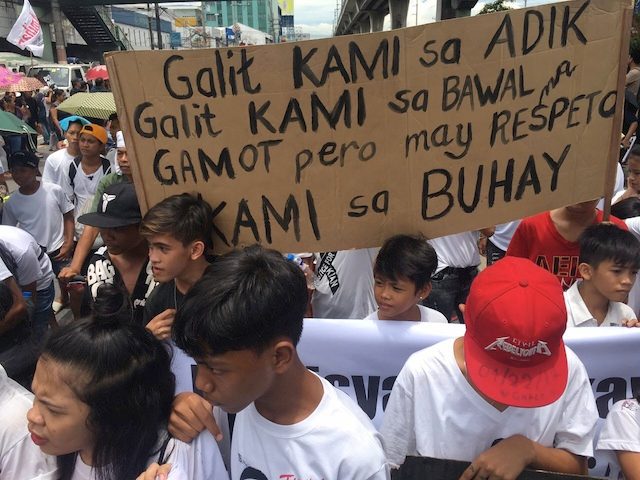 – With reports from Eloisa Lopez/Rappler.com