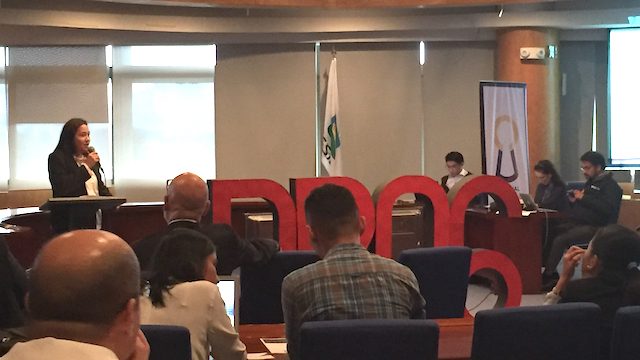 MANILA, Philippines – The National Privacy Commission (NPC) reminded the media on Tuesday, August 29, to strike a balance between the freedom of the press and the right to privacy of individuals.

Information processed specifically for journalistic purposes are not covered by Republic Act 10173 or the Data Privacy Act of 2012. “But the obligation to keep these personal data protected remains,” she explained.

Patdu said the principles of transparency, legitimate purpose, and proportionality should be observed.

“If you’re collecting [information] for the purpose of journalism, for a story on a matter of public concern, then you don’t need to even ask consent from data subjects,” said Patdu. “This is part of the freedom of the press.”

However, if information is used for other purposes like marketing, “then it becomes important to at least notify the data subjects on how their personal data is being used.”

Information being processed should also be for a legitimate purpose or a particular report only, Patdu added. Likewise, the manner of collecting data should not be excessively intrusive so as not to violate principles of privacy.

When handling information about public officials, the media should be mindful of what to disclose. Patdu said that even people from government have the right to privacy.

For instance, details like an official’s residential address or the names of his or her children might lead to security problems if needlessly disclosed or not redacted.

There should also be extra care taken when publishing stories about victims of sexual abuse or other crimes. “To what extent do you show [sensational or sensitive photos]? Is it really still for public interest, or are there other motives being addressed?”

Then, when a report is already finished and part of the research contains confidential documents, Patdu asked: “What do you do with those sensitive documents after? How long will you keep them? And how will you keep these information safe?”

As for video, she said: “If you have incidental footages of private individuals, you weigh carefully how you’re going to use them, because it might already constitute a violation of their privacy if it’s outside the scope of what is legitimate public concern.”

She noted that when talking about balancing of rights, “there’s never a clear-cut way of saying what are the limits. It will have to be decided, always, on a case-to case basis.”

But the rights to privacy and freedom of speech should not be seen as incompatible. Besides, said Patdu, “it’s the same cherished privacy that allows anonymous sources and communications free from surveillance.”

Ultimately, the media should be able to regulate itself. “Media would have to know its own standards for responsible journalism, standards on how to handle information,” she said.

The NPC will continue to uphold its mandate, Patdu said, and urged the media to work together with the commission in upholding data privacy.

“It is media’s responsibility, in your quest for truth, to make sure that no one gets left behind in the shadows,” she said.

Another official, however, stressed that data privacy should not always be used as an excuse to deny freedom of information (FOI) requests.

“As a commission, we have taken a stand that the Data Privacy Act cannot be used as a shield against valid FOI requests, especially if it pertains to the nature of that person’s job,” said Francis Acero, head of the NPC’s complaints and investigations division.

“The inquiry has to be specifically [about an official’s] functions, competence, or capacity to serve as a public officer,” Acero later told Rappler.

There are still exemptions in the FOI provisions that should be observed, he said, like personal information that have “absolutely nothing to do with one’s performance” as a public official. (READ: Guidelines issued on requests for gov’t workers’ personal data)

But for instance, when an official’s children are used as “shells” for his or her own business interest – especially when government funds are involved – “you have to show the connection first,” said Acero.

“There has to be a specific inquiry or line of investigation into the use of that person as a shell. You can then say that that’s now outside the scope of privacy protection.”

Names of children who are not part of such anomalies or inquiries, though, should remain redacted, he added.

Before joining the NPC, Acero worked at the Office of the Ombudsman as a graft investigation and prosecution officer.

‘Right to be forgotten’

Meanwhile, for private individuals who would like to move on from past transgressions that have remnants in news reports or social networking sites, Acero said that among the privacy rights of Filipinos is the “right to erasure or blocking” of personal information.

“If that information about you no longer represents who you are, and you’re not a celebrity or a notable person, then you have the right for people to forget that that’s you,” he said.

“Everyone deserves a chance at restarting their life,” he added.

Under Section 16(e) of the Data Privacy Act, data subjects have the right to “suspend, withdraw or order the blocking, removal or destruction of his or her personal information from the personal information controller’s filing system” if it is discovered that these information are “incomplete, outdated, false, unlawfully obtained, used for unauthorized purposes or are no longer necessary for the purposes for which they were collected.”

An individual may write to the data protection officer of a concerned organization to request the erasure of such personal information. If the request is not addressed or the organization does not comply, Acero said the individual may file a formal complaint before the NPC. – Rappler.com