Texas flood disaster by the numbers

Aug 30, 2017 7:57 AM PHT
Agence France-Presse
Facebook Twitter Copy URL
Copied
(UPDATED) The storm continues to shower the region as it heads slowly toward the neighboring state of Louisiana 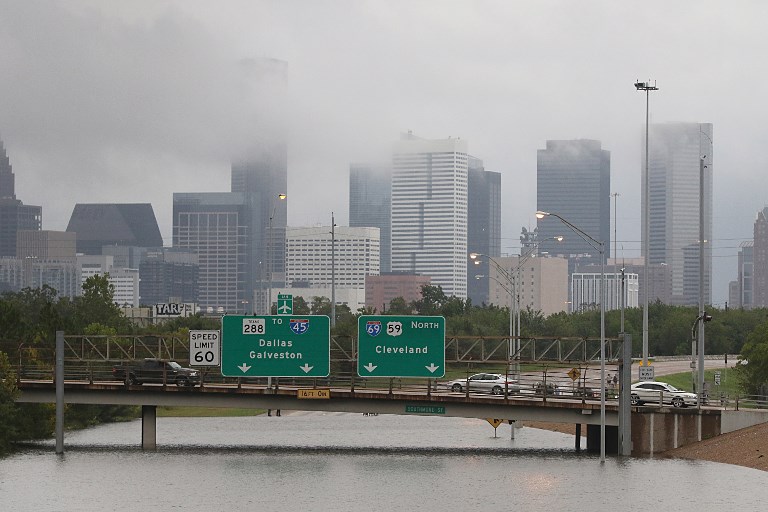 The storm continues to shower the region as it heads slowly toward the neighboring state of Louisiana.

Up to 37 inches (94 centimeters) of rain fell from Saturday, August 26, through Monday evening, August 28, in parts of coastal Texas, and more than 30 inches in Houston.

That translates into some nine trillion gallons (34 trillion liters) of rainwater dumped on the region. The National Weather Service said Tuesday that Cedar Bayou, a saltwater channel on the coast, recorded 51.88 inches (132 cm) of rain – a record for a single tropical cyclone in the continental United States.

Harvey is known to have left at least 4 people dead so far, with 6 more deaths potentially tied to the storm. The latest confirmed death was that of a Houston police officer who drowned Sunday, August 27, while trying to get to work.

More than 30,000 people were expected to need to stay in emergency shelters.

The Federal Emergency Management Agency says it is shipping two million liters of bottled water and two million meals into the region. Charities and other federal, state and local agencies will add to that.

Losses for the region could range between $30 billion and $100 billion, according to Bloomberg, mostly from flooding. But much of the damage will not be covered by insurance, because flood coverage can be difficult or too expensive to obtain. Data modeling released Tuesday by Enki Research put the estimated damage figure at $42 billion. That would put it among the top five costliest storms in US history.

How many need aid?

Officials estimate as many as 500,000 people will ask the federal government for aid. – Rappler.com