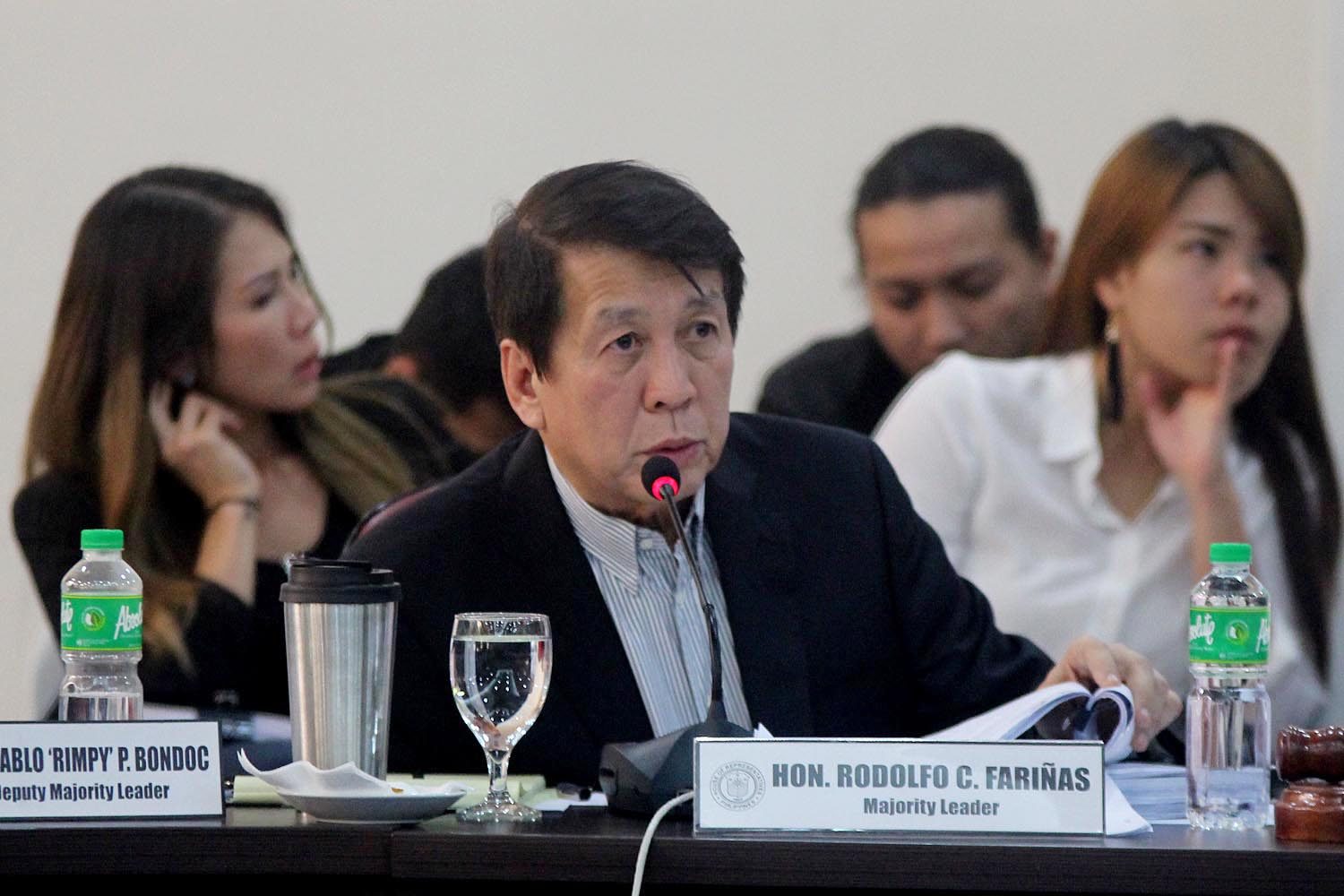 MANILA, Philippines – After several hours of debate and argument, Ilocos Norte Governor Imee Marcos and provincial board members apologized to the House of Representatives and to Majority Leader and Ilocos Norte 1st District Representative Rodolfo Fariñas for a resolution and a draft resolution which offended lawmakers.

One by one, members of the board present during a Thursday, August 31 hearing into the alleged misuse of tobacco funds in the province, apologized to both the House and Fariñas. Several of the board members were either personal friends or former local government subordinates of Fariñas himself.

The House committee on good government and public accountability had earlier criticized two resolutions – one which was passed and the other, shelved – regarding an ongoing inquiry. One resolution declared Fariñas, former Ilocos Norte governor, persona non grata over the probe. (READ: #AnimatED: In this corner, Marcos vs Fariñas)

Another resolution condemned the probe, criticizing the “tyranny” of the House and accusing lawmakers of holding the probe “in aid of [their] political ambition.” This resolution was eventually archived.

The House committee ordered the provincial board members to explain why they should not be held in contempt for the two resolutions.

“I will propose that in their next session, it be withdrawn with apologies. I think we were all inflamed with concern and worry, and as a result, are very, very sorry that this may, in some way or another, offended or interfered in the operations of the House,” said Marcos, who had signed the resolution declaring Fariñas persona non grata.

Fariñas, however, warned that the House would not be as kind should the incident happen again. “Let this serve as a warning to all other entities to respect also the proceedings of the House because a repetition of such an offense will be dealt with more severely by the House,” he said.

The House, because of a resolution filed by Fariñas, is looking into the alleged misuse of tobacco funds in the purchase of vehicles for Ilocos Norte. During Thursday’s hearing, documents from the vehicle seller and the local government indicated a P195,000 difference between the selling price and the purchase price declared by the local government. (READ: Imee Marcos grilled over ‘gross negligence’ in tobacco fund use)