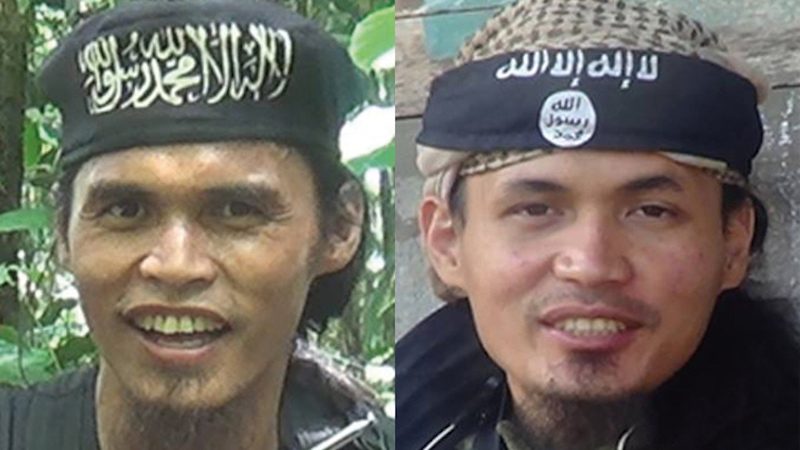 MARAWI, Philippines (3rd UPDATE) – The Philippine military believes Abdullah Maute, the leader of the Maute Group responsible for the attack in Marawi City, was killed in an air strike last month.

Lieutenant General Carlito Galvez, chief of the Armed Forces of the Philippines (AFP) Western Mindanao Command (Westmincom), cited information in the social media application Telegram where the local terrorist group is reportedly communicating with the Islamic State (ISIS), the international terrorist organization it pledged allegiance to.

“Abdullah Maute is already killed. Chatter over Telegram indicates he is killed,” Galvez said in a press conference in Marawi City on Monday, September 4.

Galvez showed the media online posts that pay tribute to the “martyred” Sheik Al Miyahad Abu Al Hassan, the name that Abdullah Maute goes by in the ISIS network.

Galvez said the military is working to get “physical evidence” such as DNA to confirm Abdullah’s death.

Abdullah is believed to be the military commander strategizing for the local terrorist group on the ground. (READ: Terror in Mindanao: The Mautes of Marawi)

The military previously reported that the other key leader of the Maute Group – Abdullah’s brother Omar Maute – was also likely killed in the battle zone. But Galvez said on Monday that Omar turned out to be alive.

Abu Sayyaf leader Isnilon Hapilon is also alive and is likewise inside the battle zone, said Galvez. The supposed “emir” of ISIS in Southeast Asia was the target of the May 23 military raid that triggered the clashes that are now on their 4th month.

Up to 600,000 residents of Marawi City and nearby towns have been displaced due to the ongoing war.

Galvez said they are preparing to launch the final push to end the conflict. According to him, the battle area is down to 20-24 hectares.

“The Marawi crisis is nearing its end, hopefully before October,” said Galvez. – Rappler.com